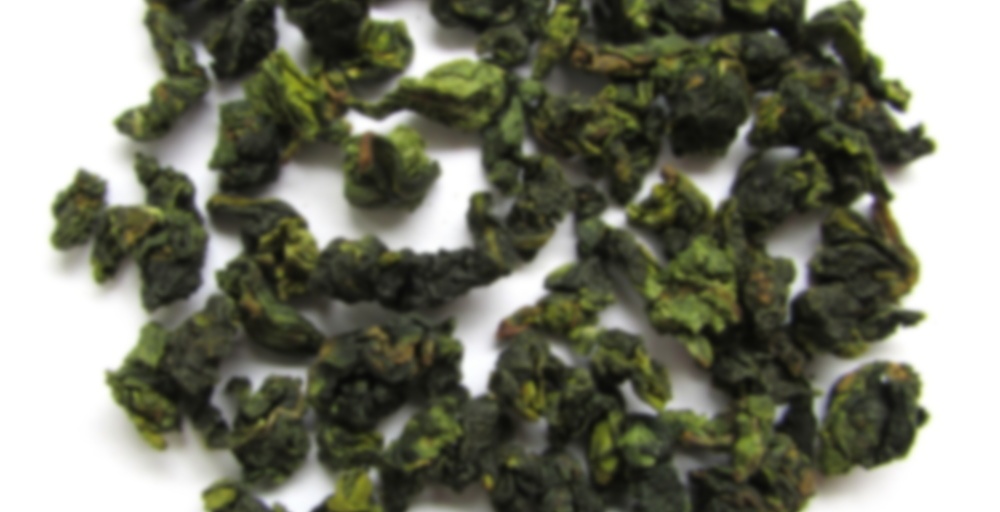 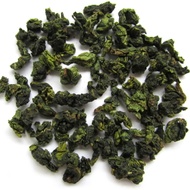 Alright, I’m finally getting around to posting this one. This was another sample I finished a week or so ago. I can’t remember the exact date I initially reviewed this one because I failed to put a date on my written notes. Regardless, this is actually the sort of tea you don’t run across all that often. From what I understand, Tieguanyin is not always harvested in the winter, and even when it is, the winter harvests do not often carry the best reputation. I could be wrong, but the general consensus seems to be that the spring and autumn harvests are best, the summer harvest is lower quality, and the winter harvest usually falls somewhere between the two extremes. What surprised me so much about this tea was that not only did I enjoy it to an almost ridiculous degree, but it was just so different from both the spring and autumn Tieguanyin harvests to which I am more accustomed.

Prior to the rinse, the dry tea leaves produced aromas of sweetgrass, parsley, butter, cream, and vanilla underscored by hints of lilac and violet. After the rinse, I found slightly stronger lilac and violet scents as well as an emerging aroma reminiscent of watercress. The first proper infusion brought out some hints of cooked greens (lettuce and spinach) on the nose. In the mouth, the liquor offered strongly vegetal notes (cooked greens, grass, parsley, watercress) on the entry that soon gave way to smoother notes of cream, butter, and vanilla. Toward the finish, I began to note emerging hints of pear and green apple. Oddly, there were no floral notes in the mouth, though there was a lingering vegetal sourness after the swallow. Subsequent infusions brought out subtle floral notes in the mouth. The tea also began to take on a number of fruitier characteristics. I started to note emerging impressions of sour apricot, sour plum, tart cherry, honeydew rind, and white grape accompanying somewhat stronger notes of green apple and pear. Impressions of radish and minerals also emerged on these infusions. The later infusions primarily emphasized butter, mineral, sour plum, and sour apricot notes balanced by lingering hints of pear and green apple. Surprisingly, I could not find much in the way of vegetal character toward the end of the session.

This was a very interesting tea in that it remained consistently pungent throughout the session, yet went from emphasizing vegetal notes to fruity ones. Compared to the more readily available spring and autumn Tieguanyins that seem to permeate the U.S. market these days, this was a truly unique drinking experience. I would recommend this tea highly to those looking for a punchier, more challenging Anxi oolong experience or those interested in some of the more uncommon oolongs.

I liked this one more than most of the Tie Guan Yins I’ve had.

Tumbler Test: I used barely 2 grams, and that amount was slightly under what I should have used. The tea yielded a crisp, green and lightly floral bottle anyway. The temp was t 160-150 which was a little low, and the texture was slightly thick-almost like olive oil- despite the very light product. I’ll have to try it again. I say that entirely too often.

Slight fruity flavours intermingled with the classic lesser milk & vegetal perfumed TGY aroma. With the sourness coming from an apricot-like place, it works differently than coming from a milky or vegetal place.

Also tastes very ‘fresh’, ‘natural’, ‘good’, rather than ‘perfumed’ (which is what I expected being a winter harvest. (Not saying one is better than the other, its just in that area of taste). I actually thought ‘vine-y’ for the greenness. Quite similar to how the imperial grade from YS compares to more perfumed examples, like the whispering pines one.

This is very up my street, maybe the most no-fuss TGY i’ve had in ages. The balance is very good, and nice longevity.

So happy this was added as a sample, it might have slipped under my fruity Oolong radar!