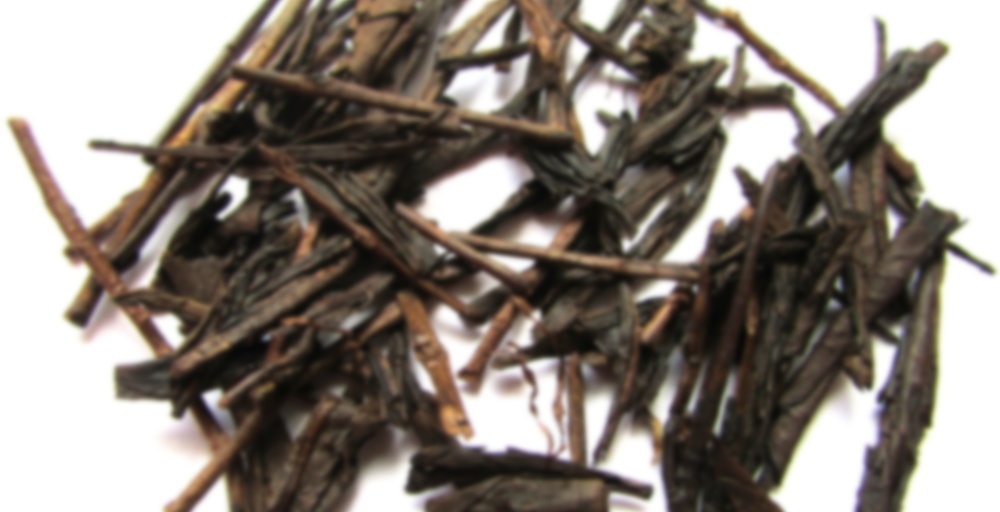 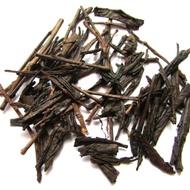 Once again I am up late and killing off some time by posting backlogged tea reviews from 2020. I’m slowly getting used to reviewing Japanese green teas, even though I am still not brewing them in anything resembling traditional fashion. Then again, do I ever really brew anything in traditional fashion? No, not exactly. I tend to personalize everything. This tea was something of a challenge for me. Prior to trying it, I was not all that familiar with houjicha and knew that what I usually do with sencha was probably not going to work well. A little research yielded a number of wildly different approaches to brewing houjicha, and I ended up settling on a multi-step approach suitable for Western brew baskets and tea mugs. I’ll outline my approach below.

To brew this tea, I opted for a multi-step Western brewing process. I started by measuring out 3 grams of loose tea leaves and steeping them in approximately 8 fluid ounces of 185 F water for 1 minute 30 seconds. This infusion was followed by two others. The second infusion lasted 30 seconds and was done with 203 F water. The third and final infusion was conducted with 212 F water and lasted 1 minute 30 seconds.

Prior to the first infusion, the dry tea leaves produced aromas of smoke, tar, charcoal, roasted barley, brown sugar, and roasted chestnut. After infusion, new aromas of coffee, butter, soybean, and toasted rice appeared. In the mouth, the tea liquor offered up notes of smoke, cream, butter, roasted barley, toasted rice, charcoal, coffee, minerals, soybean, vanilla, peas, and brown sugar that were underscored by delicate hints of tar, roasted chestnut, grass, hay, and baked bread. The second infusion introduced aromas of pine, ash, apple, sweet cherry, and cinnamon. Stronger and more immediate notes of grass, hay, baked bread, and roasted chestnut appeared in the mouth alongside notes of pine and hints of sweet cherry, ash, and cinnamon. The final infusion did not add anything new to the nose. The tea liquor turned very mineral-heavy in the mouth, although notes of pine, butter, smoke, cream, toasted rice, and roasted barley were still very much present. Hints of brown sugar, roasted chestnut, charcoal, soybean, grass, and baked bread could be detected as well, and a very subtle hint of apple also briefly made itself known.

I had absolutely no clue what I was doing with this tea, but it was still a very fun and enjoyable offering. Challenges are not always rewarding, but this tea ended up being one of those rewarding challenges for me. I cannot compare it to any other houjicha with any confidence, but I can state that I did enjoy this tea. It struck me as being a quality offering, and it also made me me open up to the possibility of eventually trying and reviewing another houjicha or two. Could I ask for more than that from this tea? Should I? I don’t think so.

This is the first houjicha tea I have tried, so I have no comparisons to draw with this review. I was pleasantly surprised by this low-caffeine dark roast for my introduction in to houjicha. The brew has a buttery smooth body, with a delightful, roasted sweet & nutty taste. (Alistair from What-Cha got the tasting notes for this tea quite spot on). This tea is now part of my everyday rotation for the evenings. It is a quick, tasty brew to unwind to and now is a staple tea for me. I would love to taste other variations of this tea sometime down the road when I exhaust my tea reserves.

I am a big fan of heavy-roasted oolongs and this houjicha reminded me of one of those, to an extent. I used to prefer more tart, fruity/astringent oolongs until I started trying more of the heavy roasted variety. I am also trying to get in to sheng & shou puerh tea, although it is intimidating given all the different “varieteas” involved with raw and ripe puerh.

I steeped this tea western style following the instructions on the stickers: 185 degrees and a steep time of 60-90 seconds, usually starting with a minute and adding 30 seconds on each proceeding steep. This tea can be resteeped 2-3 times in total, although the body and smokiness leaves by steep #3, this can be fixed by of course by steeping for a bit longer.

First hojicha? Dropping an initial tasting note as a reference because I’m not sure yet what to make of this tea. I will probably do an update as I move through the pouch.

This one is June 2017 harvest. Prepared western style with 2tsp, 185F, 8oz, first steep of 1.5m followed by the steep that time forgot. Dry leaf is wonderfully fragrant with sweet, strong roasted grain and a hint of pickle. Light-bodied, nutty, roasted grain, lightly caramel, sour, clean. That pickle scent in the dry leaf really comes forward in the liquor aroma.

I think I like it but time will tell with this one.

“The steep that time forgot!” I did this with a dan cong yesterday and it wasn’t pretty. :)

Oh, I love houjicha! I have a big bag of this stuff that I had sent to me from Japan via Yunomi. I’ve tried their Amber roast before too. My BFF is even more crazy for houjicha than me, he introduced me to it, heh.

Brewed this one more like a Oolong so 195 degrees with shortish steeps in the beginning. The end of this tea is quite sweet and tastes quite like caramel and smoke on the front notes it tastes sort of like a roasted genmaicha or something along those lines. Great tea of nice quality but not much my style.