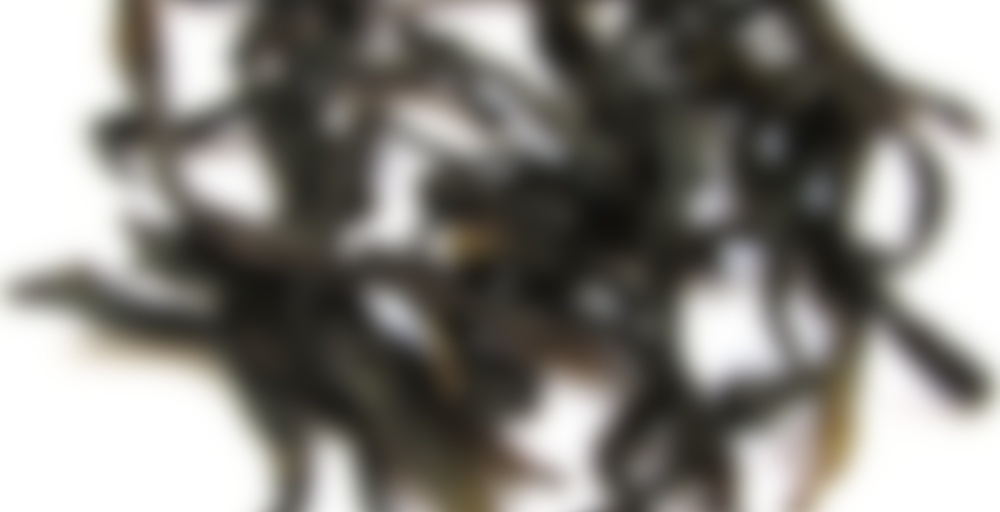 A smooth and sweet oolong with long lingering floral tones, Da Wu Ye is only picked during the coldest days in early Spring and Winter, making it one of the lower yielding Dancongs.

This was a tea I had been wanting to get to for a while. I ended up doing a gongfu session with it yesterday evening after I finished exercising. It made for a good companion during the Stan vs. Evil marathon I stayed up late to watch. Hey, I live pretty much in the middle of nowhere and we hardly ever get any trick-or-treaters, so drinking tea and watching television beat waiting on children to show and eating tons of candy out of boredom.

Prior to the rinse, the dry tea leaves produced a blend of nutty, vegetal, and floral aromas. After the rinse, I picked up more distinct scents of cream, violet, damp grass, gardenia, orchid, watercress, and some sort of nut. The first infusion added additional aromas of vanilla, butter, and tea flower. On the palate, I noted surprisingly pronounced notes of cream, butter, vanilla, gardenia, orchid, nuts, grass, watercress, tea flower, and violet. Subsequent infusions brought out the watercress on the nose. I was also finally able to place the nut aroma and flavor. I had read that people often get walnut impressions from Da Wu Ye, but I couldn’t pick up any walnut notes myself. At one point, however, I recall thinking, “What in my kitchen smells like walnut oil?” I then realized it was the gaiwan. The power of suggestion most likely played a role in that realization, but whatever. New impressions of pomelo, lemon peel, candied orange peel, peach, cattail, plum, cinnamon, osmanthus, almond, pear, anise, and minerals also emerged. The later infusions mostly offered notes of minerals, cream, and butter backed by hints of grass, watercress, almond, and walnut, though there were also some ghostly floral and stone fruit notes coupled with an equally vague citrus tanginess in places.

The very little bit of research I did regarding the origins of Da Wu Ye suggested that this particular cultivar was originally a hybrid of Shui Xian and Ya Shi Xiang. That makes perfect sense considering that this tea offered the slight spiciness and mineral notes of Shui Xian with the floral, savory, and nutty characteristics of Ya Shi Xiang. While I very much enjoy Shui Xian, my continued experimentation with Dancong oolongs has given me the impression that Ya Shi Xiang is not my thing and likely never will be. I do have to say, however, that I found this Da Wu Ye to be deep, complex, and exceptionally approachable. I greatly enjoyed it and have no doubt that I will be seeking out other Da Wu Ye oolongs in the near future.

That one was so thick and floral. It was amazing, but so overwhelming that I had to savor it.