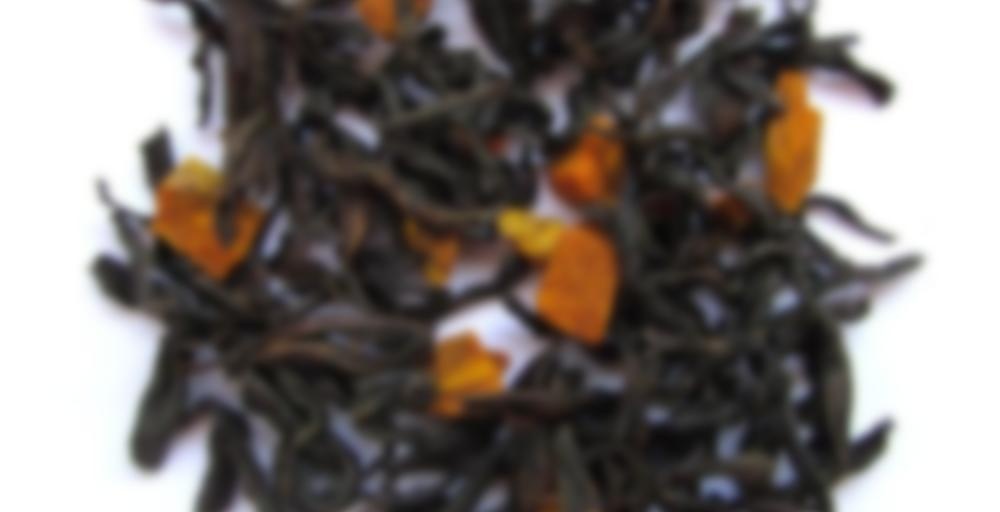 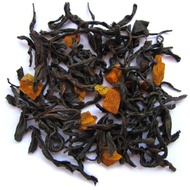 A black tea blended to interesting effect with whole chunks of turmeric, giving it a vibrant slightly spicy turmeric taste coupled with the tea’s smoothness.

Organic: Yes but not certified

People, have you ever bought a tea that you are pretty certain you’ll dislike simply for the hell of it? That’s what I did here. In all honesty, I cannot stand turmeric. It is literally one of my least favorite things. I bought this tea basically because I had already purchased the India Nilgiri First Flush Black Tea and India Nilgiri First Flush Green Tea. This was the only other Nilgiri offering in stock at the time, and I had a little more money to spend, so I just said “screw it” and purchased it too. It was literally nothing more than an impulse buy. Upon deciding to work my way through my pouch of this tea, I was kind of hoping it would change my mind about turmeric, but alas, it did not. My hatred of turmeric remained strong throughout my time with this tea and still burns brightly as of the present. Fortunately, the black tea base was nice and went a long way toward balancing out the infernal, vile turmeric.

I prepared this tea gongfu style (not recommended). After the rinse, I steeped 6 grams of the loose tea leaf and turmeric blend in 4 ounces of 197 F water for 5 seconds. This infusion was chased by 18 additional infusions. Steep times for these infusions were as follows: 7 seconds, 9 seconds, 12 seconds, 16 seconds, 20 seconds, 25 seconds, 30 seconds, 40 seconds, 50 seconds, 1 minute, 1 minute 15 seconds, 1 minute 30 seconds, 2 minutes, 3 minutes, 5 minutes, 7 minutes, 10 minutes, and 15 minutes. I stopped at the 15 minute mark simply because I had to throw in the towel. The tea base seemed pretty much spent, but that damned tumeric just wouldn’t die!

Prior to the rinse, the dry tea and turmeric blend emitted powerful aromas of, well, turmeric. There were some earthy and smoky scents too, but really, it was mostly just turmeric. After the rinse, I noted more turmeric and a little more smoke and earth with some subtle aromas of wood, brown sugar, and apple. I did not pick up any new aromas on the first infusion. In the mouth, the tea liquor offered notes of turmeric, earth, smoke, pine, brown sugar, cream and butter that were backed by hints of tomato and apple. The subsequent infusions brought out subtle grassy scents with some aromas reminiscent of chili leaf, green bell pepper, toast, oats, and malt. Subtle green bell pepper and grass notes came out in the mouth alongside impressions of minerals, chili leaf, blueberry, oats, toast, and malt. As the tea faded, the liquor emphasized mineral, earth, turmeric, chili leaf, and green bell pepper notes that were balanced by subtle, belatedly emerging orange zest notes and hints of oats, malt, cream, and toast.

Well, this ended up being about what I expected it to be, which is to say that it most certainly was not for me. I’m sorry, but the turmeric was just too much for me, and I could not consistently convince myself to overlook it and focus on what the tea base had to offer. That was a shame too, considering that the black tea used in this blend displayed some really nice fruity and vegetal notes. I’ve yet to try it, but I’m willing to bet that it would shine on its own. Fortunately, I have some and plan on reviewing it prior to the end of the month. Overall, this was not the worst thing ever; it just wasn’t for me. People who are into turmeric will very likely dig it. As for myself, I’m glad I got this one out of the way. I also doubt that I will be reviewing many more blends like this in the future.

Nope, can’t say I buy things I know I won’t like. haha.

This could just be my own snobbery, but I have a hard time with Nilgiri teas.

Daylon, I can understand having a hard time with Nilgiri teas. I’m not a huge fan of them myself. I like the teas produced by a few estates and collectives, but for the most part, I find Nilgiri teas boring. I’m honestly not a huge fan of Ceylon teas either, though I do crave them every now and then.

I love that you said eff it, and put your balls to the wall, and tried this anyway. I’m like a child who will petulantly push a plate of something away if it has one ingredient I don’t care for.

Super Starling!, to be honest, I turn into a petulant child when it comes to certain ingredients. For example, I can’t eat eggs. They physically repulse me. Even the smell of them gets to me. I can’t even be around people when they’re eating eggs. Also, I think mayonnaise, hollandaise, tartar sauce, and any other egg-based sauce is vile. With regard to this tea, I wanted to like it. I really did. I was even cautiously optimistic the first time I tried it. Turmeric, however, is just one of those things that I can only stomach if it is used very sparingly and is not a featured ingredient. To me, this was just too much turmeric, but I was trying to be fair in both my review and my overall rating. For what it’s worth, I really did like the base tea and could tell that the pairing was at least thoughtful. I could also tell that I was dealing with quality ingredients. With those things in mind, I did not feel that I could be too hard on it.

The way you describe your revulsion to eggs is exactly like my revulsion to bananas, right down to not being able to watch another person eat one.

For the right price, I sometimes buy things I expect to dislike, just to broaden my horizons. Turmeric teas generally fall into that category, although I don’t think I dislike it to the same extent as you.

Kittenna, I associate turmeric with sinus infections and gagging. In the past, I have used it to help break up congestion, so I don’t have any happy memories involving turmeric.

Turmeric is a polarizing flavor. I’m in the love camp but don’t let my bias discourage you from reading further. If you 100% hate it, consider moving on.

I started off my morning with this tea and some toasted steiner bread topped with fried eggs. I felt like I could conquer whatever came my way after that.

The base of this tea is the India Nilgiri First Flush Black which I reviewed some time in the past month since I’ve been here. I found it to be a very fragrant, clean and refreshing tea.
Mixed in with the black tea are chunks of turmeric root. The tea leaves are covered in powder but I don’t think it’s turmeric powder added separately but just what has rubbed off of the pieces. The scent of the dry leaf is pure turmeric. Not some ancient grocery store yellow turmeric powder but powerful, bright orange, warm, medicinal, spicy, earthy. It’s crazy strong!

All three brews were fairly similar to each other in aroma, taste, color and texture – mostly tasting of that awesome turmeric. The black tea served as a great base, yielding nicely to the spice. If you read the review for the India Nilgiri First Flush Black, you can see how the tastes I picked up on work well with the turmeric. There were no interfering flavors between the two ingredients. In terms of texture, the turmeric chunks did not disintegrate and the powder did not create a grainy mouthfeel at all which is appreciated. This tea remained as smooth as it’s counterpart black. No bitterness and the slight astringency I picked up on in its counterpart was masked by the turmeric. It was a very clean and warming cup.

If you’ve had a bad experience with turmeric but are still curious, I’d recommend you give this a try. It’s completely different from the typical bagged turmeric blends. Much more assertive and a taste that is true to the freshly ground root. I’m not going to claim any medicinal benefits, but I will keep this around for when I’m bound to catch a cold later this year and need a moderate dose of caffeine. It just feels right for that occasion. I think I might like the blend better than the black tea alone.