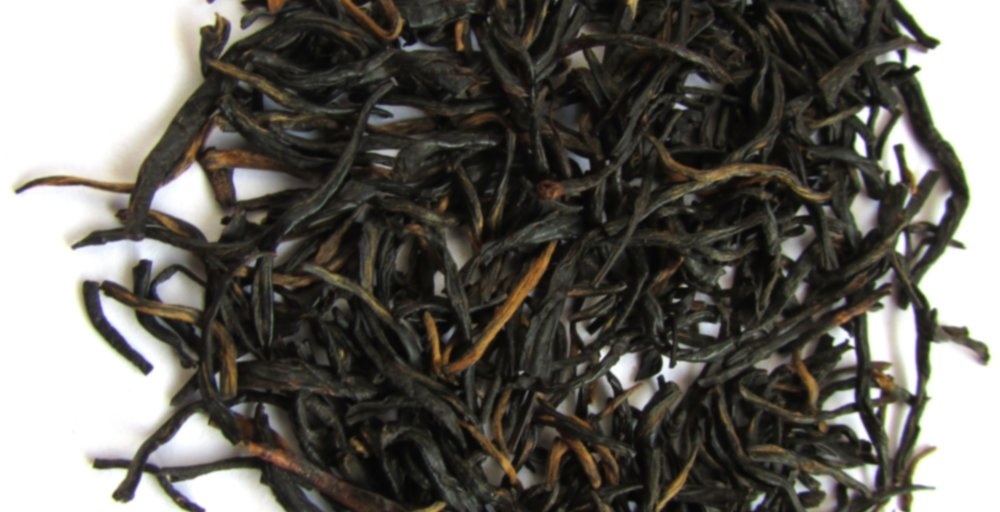 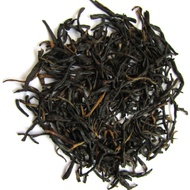 A cheaper Jin Jun Mei which has the smoothness and sweet malt loaf taste typical of much more expensive Jin Jun Mei along with slight carob hints.

Sourced: From a local Fujian wholesaler

This was my second sipdown of the month. It was a tea I wanted to get out of the way more than anything, but that’s not because it was a bad tea. I’ve had a lot of Jin Jun Mei this year, and since Jin Jun Mei is not one of my favorite Chinese black teas, I did not want this tea hanging over my head as the year drew to a close. Actually, it was pretty good as Jin Jun Mei goes. It was definitely less challenging and more approachable than quite a few of the others I have tried, but that being said, it also lacked a bit in terms of body, texture, longevity, and depth.

Prior to the rinse, the dry tea buds produced aromas of baked bread, malt, sweet potato, pine, and cinnamon. After the rinse, I detected new aromas of butter, roasted peanut, and roasted almond. The first infusion brought out a molasses aroma and a subtler scent of honey. In the mouth, the tea liquor presented notes of cream, malt, butter, molasses, sweet potato, and baked bread that were chased by hints of cocoa, roasted peanut, pine, honey, and cinnamon. The subsequent infusions introduced aromas of orange zest, cocoa, cream, earth, and marshmallow. Stronger and more immediate notes of honey, cocoa, and pine appeared in the mouth alongside hints of roasted almond, black pepper, and eucalyptus. Notes of orange zest, earth, grass, minerals, red grape, and marshmallow also emerged. As the tea faded, the liquor emphasized notes of minerals, malt, baked bread, sweet potato, roasted peanut, butter, and cream that were balanced by hints of roasted almond, marshmallow, grass, cinnamon, pine, orange zest, and red grape.

I liked what this tea had to offer and was surprised I was able to pick up as much as I did. If I had been going solely by aroma and flavor, I would have scored this tea higher. Unfortunately, the liquor was a bit thin, and the texture was not as sharp and defined as one would expect of a Jin Jun Mei. I also noticed that this tea peaked early and faded rapidly. Still, this tea had a lot to offer for what it was. This was clearly intended to be treated as a basic offering, and for anyone looking for a quality introduction to Jin Jun Mei or a solid daily drinker, this tea would fit the bill. Did it hold up to more expensive Jin Jun Mei? Well, yes and no. I have had worse higher end Jin Jun Mei, but I also have had better, and this tea didn’t threaten the positions of those higher quality offerings. Again, for what it was, it was good. I doubt I would go out of my way to acquire it again, but I am certainly glad I took the opportunity to try it.

It is a simple, unpretentious tea. The delicate fine leaves produce the brew with floral and “tippy” aroma. Th e taste is quite typical for a Jin Jun Mei: chocolate, sweet potato, clover, light fruit. Not complex at all, but clean, light and hits all the right notes for this type of tea. Regrettably, not much of an aftertaste, but at least it re-steeps well (I had it Western).

Edit: I bumped this tea’s rating up a bit after having it gongfu – it was way better that way.
After trying it I have not been neither disappointed nor excited. Given that Jin Jun Mei is the current rage and the prices it commands are often exorbitant this is not a bad deal at all for someone who wants its taste profile on a budget. I will gladly finish the ounce I had purchased but unlikely to order it again.

I’ve been meaning to try this tea for some time now. Hopefully, I will be able to get to it in the coming month. What-Cha usually sources excellent Jin Jun Mei. If you haven’t tried it yet, try their higher end Jin Jun Mei. It’s great.

JJM seems to be a popular topic lately. Eastkyteaguy, given your extensive experience with this tea, do you have any recommendations? Is it better to just stick with unsmoked Lapsang Souchong, or Zhen Shan Xiao Zhong as YS puts it? I’ve thought about ordering from Yunnan Sourcing, Teavivre, and now What-Cha, and would value your opinion.

I’ve only tried Verdant’s JJM and wasn’t blown away by it. The YS Lapsang is good however it lacks depth. My favorite unsmoked LS is one I tried from Teavivre a couple of years ago.