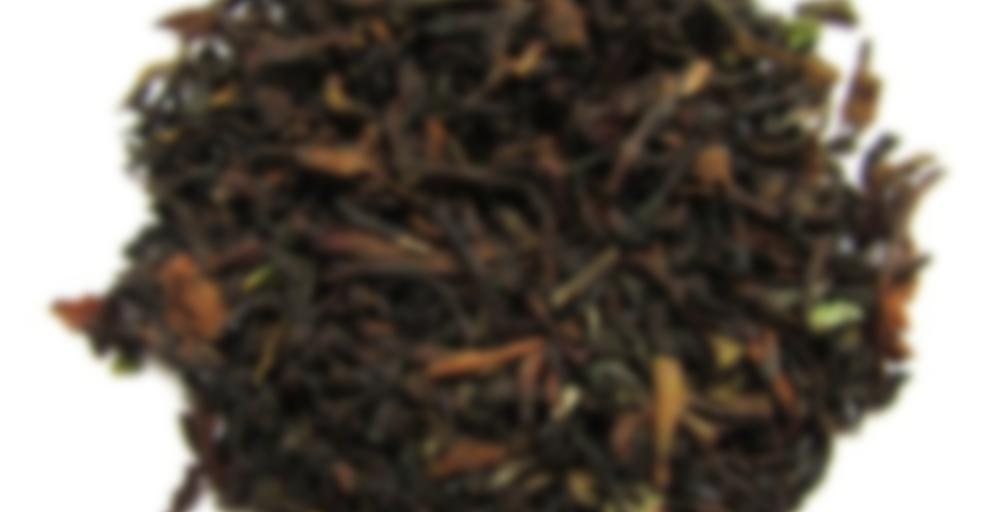 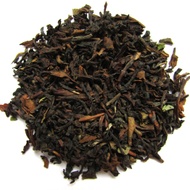 I’m going to take a little time to try to make more progress on my backlog. I think I finished what I had of this tea in either June or July. Yeah, I’m that far behind right now. I I found this to be a very likable second flush Darjeeling black tea, one that was subtler than many other teas of its type.

I prepared this tea in the Western style. I steeped approximately 3 grams of loose leaf material in 8 ounces of 194 F water for 5 minutes. I did not rinse the leaf material prior to infusion, and I did not attempt any additional infusions.

Prior to infusion, the dry leaf material produced aromas of straw, pine, raisin, autumn leaves, and prune that were underscored by a subtle smoke scent. After infusion, I noted the emergence of new aromas of Muscatel, toast, malt, cream, cinnamon, charcoal, and honey. In the mouth, the tea liquor presented notes of honey, malt, cream, hay, straw, pine, toast, grass, sour cherry, earth, autumn leaves, tree bark, charcoal, smoke, cinnamon, fig, minerals, roasted almond, raisin, and prune that were complimented by hints of green bell pepper, orange blossom, and violet. The finish was as earthy, woody, toasty, and malty as I was expecting, though it was also notable because the raisin and prune notes I previously picked up unexpectedly transitioned into more vibrant, lively Muscatel and plum impressions.

This was not the most immediately impressive, attention-grabbing second flush Darjeeling black tea I have tried, but it was still a very respectable offering. I appreciated its mellow character and subtle complexities, and of course that sudden burst of fresh fruit on the finish was unique and memorable. Ultimately, I liked this tea quite a bit, though there are more elegant teas on the market. I would recommend this one for Darjeeling fans who are looking for a quirky, unique change of pace tea or who are looking to try an offering from a less heralded producer.