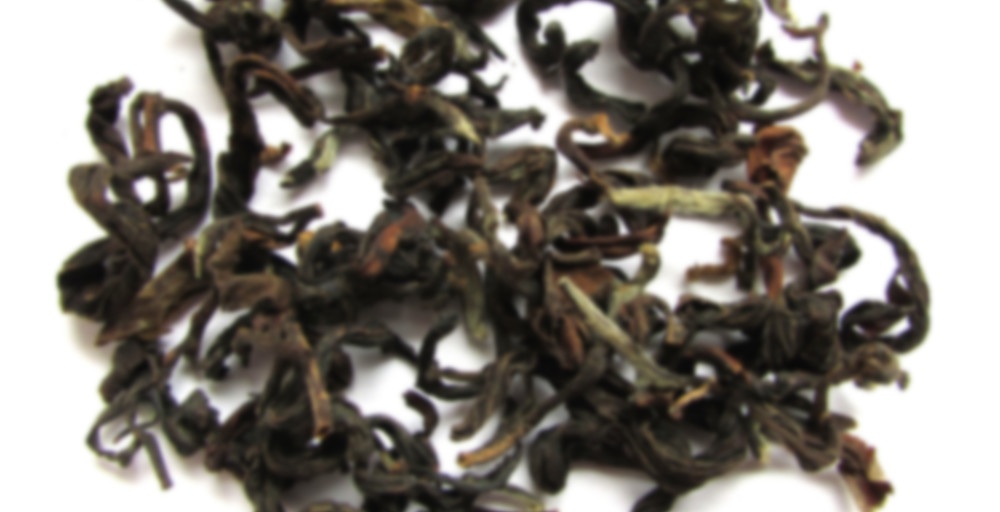 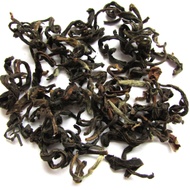 An experimental oolong from Nepal’s foremost tea producer, produced from a cultivar developed by Jun Chiyabari! Smooth tasting with a unique mixture of floral and chocolate notes.

A very small production totaling 1kg which I bought all of, making available twenty 25g bags and ten 50g bags.

Fly-by note. I haven’t had the desire to analyze teas lately.

Autumn 2018 harvest. Very rich aromas and flavors with a beautiful chocolate note that reminds me of a Laoshan black but more refined. Gentle roasted peanut mingles with the chocolate, some tobacco-earthiness and florality. A good amount of stonefruit in the undertone of the first steep lifts up the darker midtones. In the second steep, the undertone moves herbaceous. Lots of texture, the full body with modest astringency manages to also feel light, smooth and silky. Elegant tea, really. Too elegant for my tastes but highly recommended.

Maybe more details in the future, or at least the addition of aroma and flavor descriptors at the bottom of the note.

This was another of my sipdowns from either March or April. I’m pretty sure I finished this tea around the start of March, but as with just about everything else these days, I can’t be sure. I know I have polished off a rather significant number of Nepalese teas in the past four months (at least four or five). All have struck me as great offerings, and this one was certainly no exception.

Prior to the rinse, the dry tea leaves produced aromas of malt, straw, pine, chocolate, rose, and apple. After the rinse, I detected new aromas of roasted peanut and violet as well as a subtle scent of smoke and a much stronger rose aroma. The first infusion introduced aromas of plum, pear, roasted almond, orange zest, and black cherry. In the mouth, the tea liquor presented notes of malt, straw, pine, apple, rose, roasted peanut, and black cherry that were balanced by subtler flavors of roasted almond, pear, plum, smoke, violet, butter, and orange zest. The majority of the subsequent infusions coaxed out aromas of grass, green bell pepper, blackberry, baked bread, butter, earth, dandelion greens, and spinach. Stronger and more immediately evident notes of roasted almond, violet, butter, pear, and orange zest came out in the mouth along with impressions of minerals, earth, baked bread, cream, grass, tobacco, chocolate, blackberry, dandelion greens, spinach, and green bell pepper. There were also hints of caramel in places, and there were some rather interesting hints of lychee, apricot, and tobacco that lingered at the back of my throat after each swallow. As the tea faded, the liquor emphasized notes of minerals, grass, dandelion greens, earth, malt, green bell pepper, roasted peanut, and roasted almond that were underscored by hints of butter, cream, orange zest, pine, spinach, caramel, apple, pear, and black cherry.

This was an extremely enjoyable and truly fascinating tea. In a lot of ways, it reminded me more of a second flush Nepalese or Darjeeling black tea than many of the oolongs produced in that part of the world. It was also a very heavy tea in that the tea liquor had a ton of weight and texture in the mouth and both the aromas and flavors were very rich and vibrant, almost explosive in many places. It was a tea that absolutely demanded to be taken seriously. That being said, it could also be a bit tiring and it did start to fade a little earlier than I expected. Still, this was a great tea and one that I would highly recommend to anyone interested in Nepalese teas.

I felt this one bordered on a black too. The Moondrop resembled more of an oolong to me too, though I find that with most Himalayan oolongs from Nepal or Darjeeling, they veer more in black tea territory. I have one Oolong from Young Mountain that the company claimed was based on a Taiwanese style, but the leaves were rolled with gold buds. It was a lot more like a muscatel tippy black, but a good one. I have not had it too often, though. Something about the texture does not agree with my throught. As for this tea, I was sad when it was gone.

Daylon, I’m glad to know it wasn’t just me, and I think you’re right about a lot of Darjeeling and Nepalese oolongs bordering on being black teas. I worked my way through a pouch of this tea and the Jun Chiyabari Shiiba Oolong in a fairly short span of time and then drank the Jun Chiyabari Moondrop shortly thereafter. The latter two were definitely more oolong-like in how they came across to me. All three were fantastic, but I have to say that the Moondrop was the one I enjoyed the least. To me, it had some characteristics that bordered on white or green tea territory, and honestly, green teas from Darjeeling and Nepal are not my favorite things in the world. On the other hand, I absolutely adored the Shiiba oolong and found it endlessly fascinating and rewarding. It was definitely my favorite of the three.

Alistair, I gotta be honest- I opened an smelled every single bag to make a decision, and this one had my favorite scent.

Smelling the tea, it was mildy chocolaty, nutty, and fairly floral in an autumn leaf pile kind of way. Smelling the tea brewed, it had a baked goods quality to it.

The first time I had it in my tumbler, I went light on the leaf, but long on the steep time. It matched the dry leaf, but had a distinct rose note, coupled with baked bread, chocolate hints, cashews, and other florals. It was a little dry, but sweet enough to stand out on its own although the texture was a little bit thin.

I upped the leaf in a “Mug Fu” style, rinsing it for five seconds, then tested it, then soaked it for another 10. It was very much the same, but the rose was more pronounced with a little bit of malt and stronger chocolate notes in a complex leaf pile. The second steep at about 15 seconds, but less water was distinctly more fruity and sweet. The fruit notes were hard to pin out, but it had the stone fruit quality you get from most Nepalese teas, but there were time where it made me think of passion fruit. Tannin and more savory notes built up a little bit as it cooled down, being almost akin to a sweet red wine, or even peachy like some Rose (I do not know how to put the accent mark in). The more I rebrewed it, the fruitier it got and the more almond the nut note became.

In comparative words, this tea was like most Nepalese or Himalayan Oolongs, having some trademarks of an Oriental Beauty, but the chocolate or cocoa or baked notes were honestly something out of a Laoshan Black. I’m glad that I snagged some for the limited edition, but I will say that only get this if you know what you’re getting. It does share a lot of similarities with the Winter Special which I slightly prefer only because of price. This is an excellent tea that I will finish quickly because I like it that much, but if you do decide to purchase what little of this tea there is, do so with care. I’m personally rating it a 90 although it’s a little closer to a 93-94 for my taste. The price is the only problem. I’m still glad What-Cha was able to offer it, and it’s my favorite of the limited edition teas right now. I wonder how the Ruby Black compares.

I’ve been trying to limit my oolong purchases but after reading your exchange with eastkyteaguy in a tea note, last week I sprang for 3 of the 4 limited Jun Chiyabari offerings. It’ll be pouring rain through the weekend and I hope the postman doesn’t leave the package out!

Oolongs are so expensive…although they occupy the majority of my cabinet. And I have three of the four-except the Ruby Black.