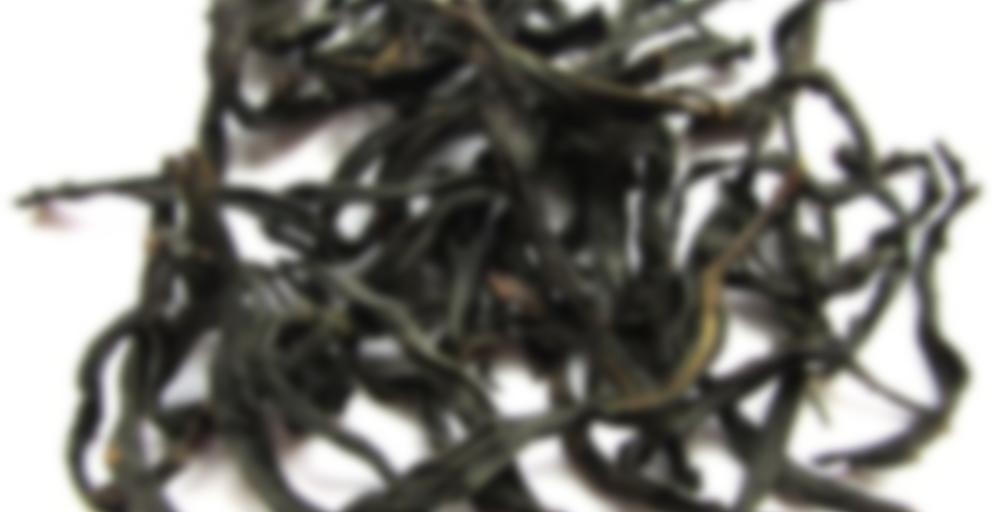 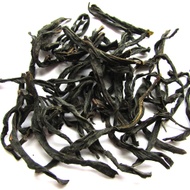 The famed Duck Shit oolong! It has a sweet floral aroma and taste with notes of lightly roasted almonds which lingers in the mouth.

As the sun has come out, and the air chills, I’ve been catching up on my Dancong. I’ve also become more aware of my tea preference patterns for the season, and I tend to buy and drink black during fall and then heavily in December, and then I transition back into Oolongs during late winter and early spring, sometimes going into the summer with fruitier profiles.

As for this one, I think I’ve been sitting on it for about a year. I could have sworn I wrote a notes. I am kinda glad I didn’t since it’s evolved a little bit with the time I’ve had it.

When I first tried it, the tea was heavily floral, pungent, milky, and fruity, occasionally being a bit sharp for my preference. Leafhopper already beat me to describing the almond and gardenia profile along with the other ones like the minerals, oats, and honey. The tea is definitely on the greener side of Dan Congs, and the florals with slight astringency in the over leafed gong fu session gave me a little bit of a headache, so I gave myself a break…that turned into a year.

Now a year later, the tea mellowed out a bit and not quite as green. Almond milk, mineral, and acidic fruitiness is what I’m gettting this time. Earlier brews were more florals after about 45 seconds with 5 grams and 4.5 oz, and intensely creamy accented by a little bit of a nutty roast. Second brew is milky too, but more floral with a little bit of a pink salty mineral and sneaking fruitiness. Third brew, where I’m at now, is giving me more pithiness in the after taste and heavy minerals on the tongue more than creaminess. I wouldn’t describe it as citrusy, but it has a citrus peel feel-hence pithy. Aroma matches, but is heavy into almond blossom, cream, and gardenia. Not too off from a jasmine.

Brew four is more mellow, but its almond flavor, thinner body, and sneaking minerals. The tea is still floral, but it’s starting to resemble a more subdued green.

I am really glad I got this and would recommend it compared to other YaShis. This one is actually a bit smoother, but I would recommend it more to intermediate drinkers because it requires some attention to avoid astringency and bitterness. It is less astringent than most Dan Congs I’ve had, but shorter steeps help you avoid biterness altogether, but I do recommend using a lot of leaves for quick 5-10 second brews if want to, but less grams if you don’t think you can pay attention that long. I do not recommend grandpa for this one, but it works well western and tends to be smoothened out that way if you don’t go over 2 or 3 minutes.

I enjoy this one, but this one is really more seasonal for me personally. It was the perfect wake up tea after sleeping in to late, and for me getting back into my back to school in person routine.

What a great tasting note, Daylon. I have a similar routine with the teas I drink’ blacks and the occasional pu erh in late fall, winter and very early spring then the lighter oolongs, whites and minty herbals (often cold brewed) as the weather gets hot.

I’ve only had one Pu-Erh last year. I’ve kept the rest of them stored, and I find that I have to be in the mood for them. I know this is blasphemy to tea nerds, but I like some of them better as blends since they help provide a smoother texture that most coffee or darker flavored blends can lack, nevermind I prefer Sheng as pure teas. Liquid Proust’s Exquisite Poetry is one of the few I really enjoy.

I enjoyed reading your review. I went through this tea quickly, but now I wish I’d kept some to see how it evolved. I found most of the flavour to be in the aftertaste, though this could be amateur brewing on my part.

The dry leaves smell overwhelmingly of roasted almonds, with some florals and stonefruit at the edges. Roasted almond dominates the first steep, with hay, cream, orchid, and peach in the background. (The peachy aftertaste is the best part of the steep.) The next couple steeps add notes of honey, grain, apricot, roast, grass, butter, and florals I can’t identify (gardenia?). Steeps four and five are a bit fruitier, with more apricot, peach, and peach pit flavours along with the almond. The next few steeps emphasize the roast and almond, and the tea becomes a bit drying in the mouth. The session ends with almonds, roast, and minerals.

This is a pleasant Dan Cong, especially for the price. I gave it extra points for the lovely peachy aftertaste in the first few steeps. However, I tend to enjoy greener Dan Congs and this just didn’t bowl me over like some previous What-Cha teas I’ve had. I still recommend it for those who like this type of tea and want an affordable option.