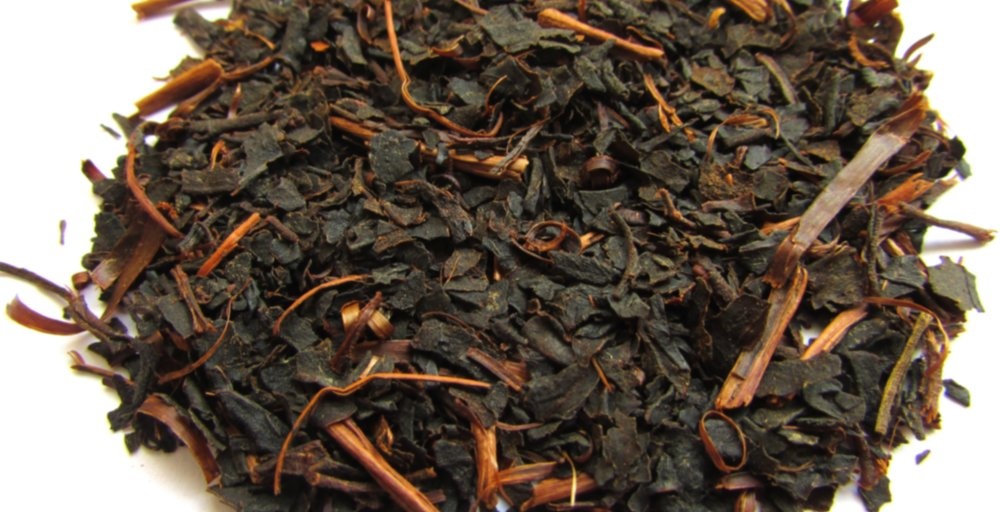 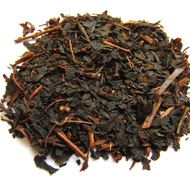 A very light black tea with a smooth taste with subtle sweet notes.

Benifuuki was produced by crossing Benihomare, an assamica variety Japanese cultivar designed for black tea with MakuraCd86, a sinensis variety cultivar from Darjeeling.

Alright, this will be my last review of the day. I wanted to switch things up a little bit with this one and dig a little further into my backlog. This was one of my sipdowns from mid-summer of 2020. It’s interesting to me that not only did I seem to like this tea way less than previous reviewers, but I seemed to perceive its aroma and flavor very differently as well.

Compared to the other What-Cha Benifuuki black tea that I tried last year, this was a better offering overall. It was gentler, smoother, and more pleasant with better integration and balance of its aroma and flavor components. That being said, it was still a bit harsh and displayed a very strong, overbearing energy that contributed to lasting jitteriness for me. This did not strike me as being a bad tea, but I also would not place it among my favorite Japanese black teas. Overall, I guess it was pretty good. I wish I could say it was better.

The few Japanese black teas I’ve tried have left me feeling uncomfortably spun. I’m still perplexed that nobody has gotten the florality from this tea that I did.

They usually have the same effect on me, and I am not someone tremendously affected by caffeine. With regard to any floral qualities this tea possessed, I don’t know. I didn’t find any, but that doesn’t mean they weren’t there. It seems that other reviewers did not get as much earthiness or grassiness as I did.

I’ve had my fill of Wuyi black teas the past few weeks. The cool, rainy weather has me wanting to sip down my few Japanese teas.

So what am I greeted with? A massive lilac and sweet pea bouquet, reminiscent of green baozhong oolong, but mixed with deep Assam malt. Intriguing! I notice nobody else has yet mentioned the florality of this tea. The medium body at first hits with a pungent tanginess and tannins then carries into mid-mouth flavors of iodine, wet dark wood, oak, buttery roasted nuts and a drop of dark dry red wine. The swallow presents with lilac mixed with a spicy feel and the umami of buttered popcorn. The lilac lingers for several minutes.

I prepared this 2019 harvest western style according to What-Cha’s parameters. The leaf is chopped and mixed with short lengths of stem. The large surface area created a very strong brew with a 3 minute steep. Second steep is mellower. I’m curious what less time would do, but I really love where this session sits. What a unique black tea. Thank you so much for sharing, Martin :)

Song pairing: Failure — The Nurse Who Loved Me
https://www.youtube.com/watch?v=hVg9GcUDArQ

I am happy that you liked it! I can’t now listen to song pairing, but I will do it as well.

I haven’t noticed florality, but everybody have senses bit different, so maybe I just call it otherway? Just enjoy it :)

I just listened to that song and I like it!
It’s not exactly my style; but whatever. Thanks derk!

It’s always fun to drink teas without knowing much what to expect, but these experiences seem to get rarer as we move along our tea journey, at least unless we specifically design them to be such. Today was the first time I tried a Japanese black tea and I really wasn’t sure what to expect. It turned out to be a bit like an autumn flush Darjeeling with extra umami notes. The most striking feature was the long, pungent and abrasive aftertaste, but the flavour notes were quite interesting too.

Dry leaves smelled of stonefruit pits and burnt meadow/hay, while the wet leaf aroma was more on the side of sweet wood, butter, peach, and anchovies. In the empty cup, I could also detect lavender and aged red wine.

The first infusion was very sharp and astringent with a light body, but a bold spicy, tart and bitter taste. Subsequent steeps didn’t really have any of that bitterness, but had more sourness (rice vinegar), umami (soy sauce), sweetness (caramel), woody and malty notes. The texture also became very smooth quickly, while still retaining a lot of that astringency. The body was medium to light and the mouthfeel fairly bubbly.

Interesting Togo! I haven!t notice any sharp and astringent flavours. And I prepared it grandpa. Abrasive aftertaste? No way.

But, that’s us. Everybody have different senses :)

haha yeah. Next time I will try a different method of preparation and see what it brings :)

It was amazing how the small pieces of tea (it is not whole leaf, no way) floated in the water. So nice to watch. But now, all tea settled on the bottom and it brings following:

Colour: light brown or copper, maybe orange, similar to light pieces on the photo.
Aroma of brewed tea: wet wood, roasted nuts, bit into sweet notes. I do not notice much of soy sauce, grassy, or seafood/weed as Bluegreen noticed before me. Maybe I just have different sense of smell.
Taste: lighter than expected, still somehow woody, but – with subtle sweet notes. I am afraid I could not explain it somehow better, not bitter at all, maybe little malty. It reminds me something, but I could not find out what it is.

Derk – do you want a sample to your envelope?

A Japanese black, which is an intriguing rarity for me. It is broken in tiny pieces with generous helping of stems and tinged with black around the corners: like a weird bancha trying to be rebellious and hip.

Not much of a dry leaf smell: grass, hay, roasted nuts. The wet leaf and the brewed tea itself has a very distinct smell that is hard to describe: there is certainly grass, leafy greens, but also seafood/seaweed and some kind of East Asian spices (soy sauce?). The taste is spicy, umami, pleasantly sour and pungent. Very Japanese, to be sure. It lingers in a big way.

In summary, it is quite distinct and unusual in many aspects. Memorable too. This is probably one of those love/hate teas – and I loved it.

I saw it on the website and considered ordering it. Looks pretty unusual and tasty.

Okay, I placed an order with this tea in.

Yeah, I was intrigued by this tea enough that I went on Yunomi and placed an order for several Japanese blacks. This is certainly an area where I am rather weak and that Benifuuki impressed me enough to merit further exploration.