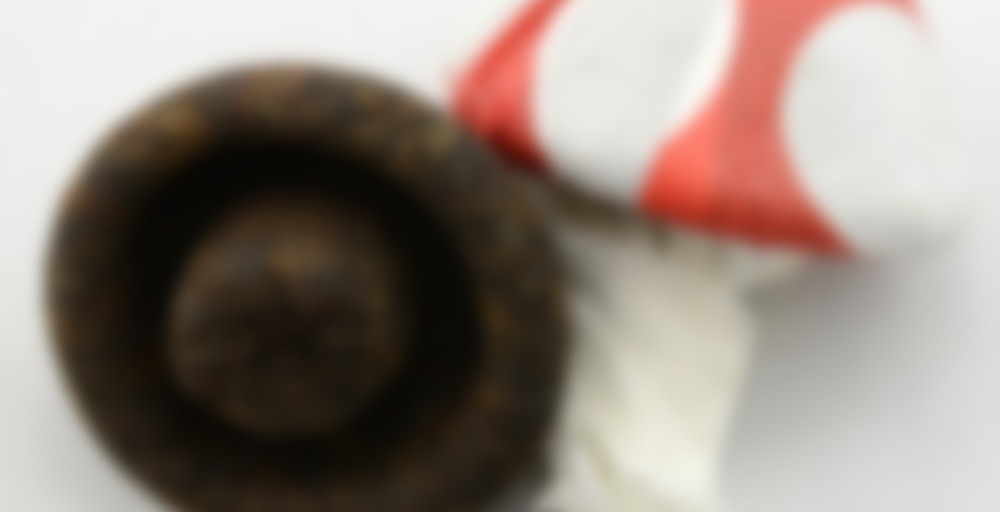 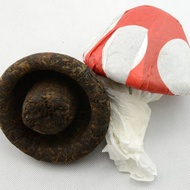 So, I’m pretty sure that I bought this tea in 2015 but I only just steeped it for the first time earlier this week. #teahoarderproblems

I made it Monday night after getting home from work as a way to round out my advent teas for the day. I’m almost 100% sure I don’t have any pu’erh in any of my five advents so if I want any during the month of December I’m going to have to make the effort to sneak it in on top of my advent teas. Not a long session – it was late, I’d had a bunch of teas already, and as I’ve mentioned in the past I feel less motivated to brew Gongfu when it’s dark outside/the lighting in my apartment is bad because it just makes me feel kind of sad…

Overall this was thick and brothy; very savory/umami earthy notes with a meatiness to the cup. I have a hard time describing “mushroom” as a flavour because I’m allergic and just don’t have a reference point in my head for that flavour note, but it has the kind of flavour that has often been described to me as mushroomy and is in line with a flavour note I’ve picked out of several teas that have all shared that as a common description. So, I think it’s likely safe to say it tastes mushroomy. Definitely makes the name/pressing of the tea all the more appropriate, as well!

Had a sample of this one, which is now sold out. It was a good shou, but not really a standout for me. Wasn’t particularly funky. It had nice, slightly damp woody notes for the most part, with a bit of a creamy texture and sweetness. I could smell a bit of raisin on the gaiwan lid when I was brewing it out, but that never really came through in the flavor for me. Comforting and pleasant morning brew – can’t really go wrong with it.

A 25 g sample I ordered. Came in 2 big chunks, with a few smaller ones and then a few loose leaves and some dust. For my first tasting of it, I decided to go with 6 g of leaf to 4 oz of boiling water. The dry leaves smelled a bit mossy to me, like a forest, with a hint of must. The first steep of 10 sec (no rinse this time) is a rich dark color. There’s a pleasant earthy taste to the brew and its satisfyingly thick on the tongue. No trace of bitterness. A flavor that reminds me of dry autumn leaves. A hint of cinnamon (although that could be due to the previous tea brewed in this vessel, which is a pain to wash so I frequently rinse with hot water).

Second steep ~15 sec. Weaker flavors than the first brew, although the color is darker and more rich. Third steep ~20 sec. Brew darkens to an almost-coffee level, although there are still tones of red. I get a bit more of the cinnamon/spices than the previous cup. It is still smooth, without bitterness.

Edit: I did steep this twice more, at 25 and 30 sec respectively. However, the tea seemed to be losing its flavor and I couldn’t distinguish anything in particular. Perhaps it needed to steep longer than what I was giving it, or I steeped it too long initially. Or I used the wrong tea leaf to water ratio. Any thoughts on this?

I’m not a shu drinker. So far I haven’t been able to differentiate the tastes of different shu’s. It does seem to have a better endurance than the dayi shu I have and it seems to brew up a bit thicker as well.
I’ll enjoy it on nights when I come home too late to drink with attention but need to rehydrate, which is my usual shu drinking occasion.

Pu-erh is a teacher, now I can pick up on the character of some teas, such as Menghai for this one.

Rinsed twice, it was cloudy at first so I used a strainer, this was a sample with some bits. The soup was smooth and sweet and I enjoyed the session. I didn’t sense any fishiness.

If I purchased the mushroom it would be for a pleasant daily drinker with some interesting notes.

This one struck me as fairly clean with a dominant flavor of wet musty wood. The taste reminded me of a forest after a rain. A smooth mushroomy note rounded things out. I enjoyed this and would recommend it.

All in all, a mixed bag of aromas and tastes. I love it! Surprise each steep! Ok cha qi. I rate 100.

I will definately order from white 2 tea in the future.

Extra photo: maybe if i eat it, ill grow big like mario and luigi!

I was curious about this tea, for I have varied experiences with Jincha. The dry leaf is heavily dark with brilliant gold spotting. I take in an unusual fungal with fish under-toned scent. This aroma kinda reminded of freshwater lakes. I also note strong ripe fruit scent in the background. I warmed up my gaiwan and prepared for brewing. The scent deepens to a very distinct “oaty” with dense wet wood scent. I washed the leaves once and prepared for brewing. The taste begins dry along with a good bite. The dryness comes from prominent leather toes and wood tastes. A mild sweetness lulls the throat in the aftertaste. This tea is fairly decent with a lot of transitioning flavors. The brew becomes a lot more smooth with some light sweetness that follows the dryness. The tea is still cloudy and will be needing more time to situate itself. The aftertaste becomes nice and long and sweet. This is a very typical and clique Mengahi Shou, and it would make for a pretty solid daily drinker. The qi is warming and percolating in the head and back of my neck. I like this.

Drank this tea today and I drank a lot of it. I used it to do a sis by side comparison of my electric kettle, and my Anta Pottery Clay Boiler. The goal was to see if I could tell a difference in the tea itself. The verdict is out. Without a doubt the clay boiler produced a smoother and even slightly sweeter cup of tea. I did six steeps with each kettle, so it was not just one or two steeps. I ended up doing eight steeps with the clay boiler. As to the tea itself. This is a very nice ripe. While it had a fair amount of fermentation flavor that flavor was not too potent and certainly was not fishy. I found some notes of chocolate in there and a fruity taste in latter steeps. This tea is quite the bargain price for what quality of tea you are getting in my opinion. I steeped the tea in two identical gaiwans each with exactly 8.2g of leaf so there was no one tea that got more or less leaf. This test was about as scientific as I could muster.

I steeped 8.2g leaf each in two identical 100ml gaiwans with boiling water. I can’t be sure that the holding temperature of the clay boiler was not a little cooler than the electric kettle. I gave each tea a 10 second rinse and a 10 minute rest. I steeped each for 5 sec, 5 sec, 7 sec, 10 sec, 15 sec, and 20 sec. I kept going with the clay boiler for two more steeps at 25 sec, and 30 sec.

Nice notes, I’ve been wondering about this one. I have the Old reliable from the tea club but I haven’t tried it yet.

I’ve tried the Old reliable too and I liked this one better.

@allank: me too.. but the Shroom is more menghai’ey where the Old reliable fell more like a HuangPian blends honestly. They are at very distinct oppsite

@paxl13 I did not know the origin of the two teas.