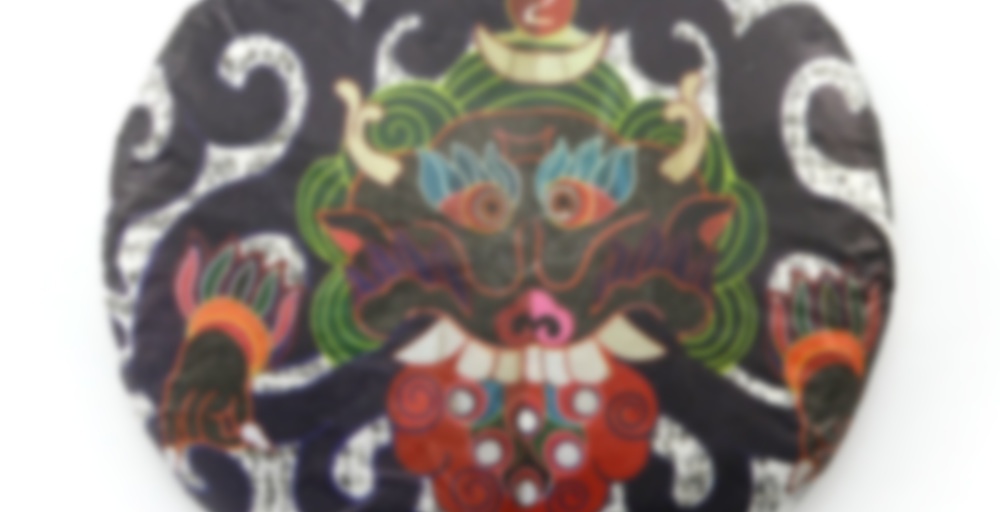 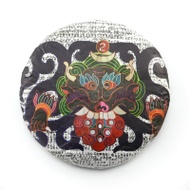 The 2017 Magic Mountain DNA is a blend with mixed characteristics of several areas, with a focus of the strength and aggressive feeling of Menghai. High quality tea for the near term or aging.

Magic Mountain DNA is a very good tea, but ultimately not worth the price in my opinion. I think teas like Teadontlie, Year of the Rooster and If You’re Reading This It’s 2 Late all present a better value among the White2Tea roster. It has a nice taste profile, interesting astringency and a non-aggressive and focusing energy in the background.

The aroma is quite weak, reminiscent of wet concrete, florals and lychee. The taste is vegetal and sweet, with a decent bitterness and tangy character. It’s a strong taste, but not so evocative. I noticed flavours like honeydew and Breckland thyme though. In the pungent and warming aftertaste, there are notes of bay leaf, cinnamon, a mix of floral and spicy ones. The body is full and the mouthfeel is quite drying, coating and sticky.

It’s been about 2.5 years since i’ve had this sheng. Even with a wicked wind that drove my allergies crazy today, i think I can tell this one is finally turning a corner but it still doesn’t impress too strongly; it’s rather restrained.

It’s mellow, lacking in body but it makes up for that somehow, some way. Don’t want to be too vague but that’s about all I can muster to describe the unknown factor. Aroma isn’t strong but it’s different — I get mostly some florals, spicy black pepper, some sweetness and later grapefruit rind mixed with licorice root and overripe honeydew. Leafy medicinal bitter taste reminding a bit of yerba maté; licorice root sweetness is rather thin. A little drying after the swallow but nothing that seems out of place for a sheng of this age. The bitterness spreads a little after the swallow and lingers about as long as the concurrent whisper of smoke. Licorice root-honey persists, giving way to a light cooling in the mouth then the throat and armpits. Grain and grapefruit zest come out more as steeps progress, lingering lightly in the aftertaste with a combination of orange blossom morphing into peach and Yiwu-like lavender and violet. Final steeps gain body, becoming viscous and sweeter while retaining the bitterness. Body warming, especially in the face.

At first, I settled in to its mellow and grounding earthen energy then realized I had to get up and make a big batch of pupusas. The tea fueled me for a few hours (along with a shot of tequila in my agua de tamarindo :3). When I came back to the pot later, I shared with a friend who stopped by. He’d never heard of pu’er before tonight. I though maybe it would be too bitter for him considering I had oversteeped because we were caught up in conversation. He’s a fan of northern California hoppy IPA beer and kept asking for more!

Still don’t think it’s worth the price, especially for lacking body (until the end) and deep strength. Perhaps those will come with age and better storage.

Taking a wild guess on the origins of the leaf – autumn Laoman’e (though doesn’t have the fuzzy leaf underside I’ve seen before) with a smidge of Manzhuan or some other Yiwu? Nannuo? Whatever it is, it’s a good representative of Menghai taste.

Edit: Looks like there’s three types of leaf: a nutty brown one that has fuzzy unders with some having the main vein coated, another that’s nutty brown and rubbery smooth on the bottom and a third that’s larger and dark olive-khaki.

That tea knocked my socks off fresh out of the mail and has only disappointed since. I believe it was released in the spring of 17 so assuming it’s spring material. I think it was advertised as Menghai style so guessing a Nannuo Bulang blend? I tossed the rest of my cake (that I regret buying) into heated storage and plan to keep it there a loooong time

I can see why you stashed it away. My first impression, at least a year after your glowing review, was a resounding meh. Since your storage contrasts mine in that yours is heated, I’d love to see an updated note from you!

Will do when I get around to it.

Big big big. That’s how I rate this tea. Big bold body. Wonderfully balanced bitterness. Nice spiciness. If you told me there was lbz in this tea I would not doubt it. Energizing yet relaxing qi. When the sample first arrived I was not impressed either way but after a few months I blown away by how a tea can be so bold without being harsh or obnoxious. Love to try this wet aged for 10 years. I plan to get a cake.

To start, I think that Magic Mountain DNA is a beast of a tea, and for multiple reasons. First, its aggressive and has a sharp edge to its body. Second, it left a lasting impression in the mouth, and in turn, left me very tea drunk at the end of the session. I think this tea is exceptional, especially for representing the Menghai region.

You can read my full review here!