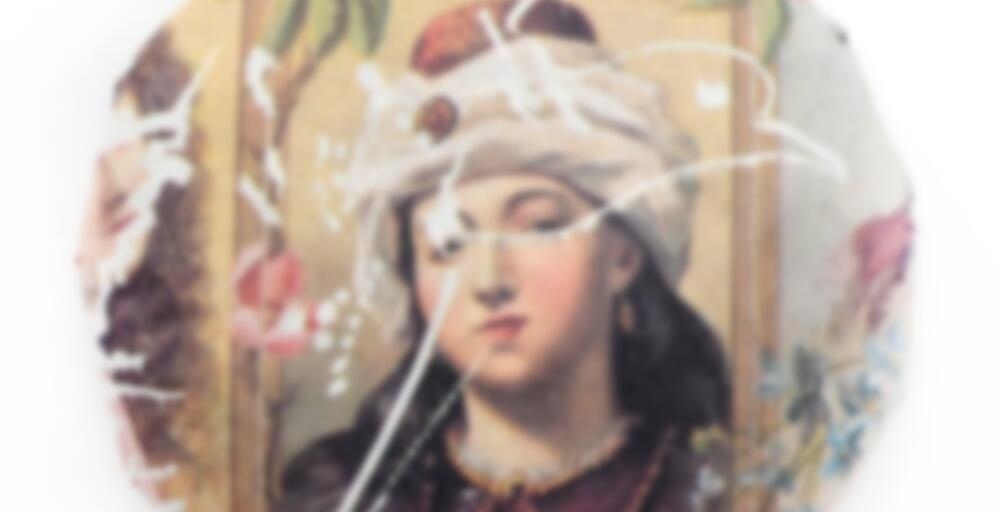 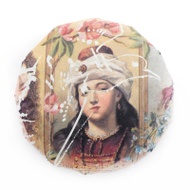 The 2018 Turtle Dove is a pressed white tea from Yunnan. Made from large leaf varietal material, the tea is sun dried, with no machine processing involved. Pressed more loosely than the 2017 brick version.

The tea has a thick body, soft mouthfeel, and a unique natural fragrance. This tea is very forgiving with any type of brewing, including gongfu, western, or grandpa style. A perfect white tea to drink daily without much fuss.

68
Not Recommended
Cameron B.
3331 tasting notes

Sipdown! (not including in count since it wasn’t entered in my cupboard)

So I have a variety of single white tea coins from white2tea, most of which I ordered as a sampler set a couple of years ago. But this one was (I think) a free sample? I’m also not positive which year it is, as the coin only has the image on the front with no text. But I ordered in early 2019, and the other teas in my order were 2018 teas, so I’m going to assume this one is as well? (shrugs)

Anyway, steeping this grandpa-style today in a glass tumbler. It seems quite generic to me? And that’s not to say it isn’t pleasant, just not very exciting. It’s mellow with mostly hay, straw, light wood, and raw grain notes. A bit of dried apricot and some astringency in the finish. And that’s about it really.

Fine for mindless sipping, but quite unremarkable. :) I think I have a coin from the sampler that’s the 2017 pressing, hopefully that one is a bit more… something.

Sample from VariaTEA. Sadly i had this one a number of days ago so i don’t recall a lot other than it was a reasonably enjoyable cup but nothing that blew my mind. I had a bunch of steepings over the day and i’d consider trying this one again once i get through my current stash of puerh.

The taste of this one is overwhelmingly that of honey for me. Is this normal for sundried whites? I’ve been drinking “moonlight” white almost daily and the difference is certainly very stark.

Just like Hot Brandy, TD comes across as a blue collar energy drink, perfect for people who need to physically work their asses off in the next few hours. I will try to only drink this in the mornings. Do NOT drink this before bed or maybe brew very lightly. I guess 6g is more than I normally make of a tea.

Soooooo caffeine buzzed right now. It is 7:30pm and I feel ready for a 3 hour hike or some sort of dance marathon. Home Depot (where I’m headed next for a thingamajig to fix my dashcam mount) had better watch out. This tea should be called Rabbit Cheetah.

Edit: Oh, right, turtle doves are actually one creature [https://www.britannica.com/animal/turtledove]. How did I forget when that song for the 12 days of xmas specifically mentions them? On the 2nd day of xmas my true love gave to me, two turtle doves and a partridge in a pear tree~~ yes yes. Well for one, I don’t believe they ever appear naturally in North America. Anyway, is the tea sweet enough that your true love might give you two bricks or cakes of it for the holidays? Sure. But from the monstrous energy levels available therein, it would seem that your true love might then expect you to do all the snow shoveling and gift wrapping this winter. Or did they mean the all-white domesticated hybrid that magicians are famous for using? I just want answers!

Edit2: What a rabbit hole. Okay. At first, I thought it had to be the magicians because of the turban. But the origin of the W2T Turtle Dove art is an 1800’s (Victorian era) tradecard and advertisement for Hall’s Vegetable Sicilian Hair Renewer
[https://www.worthpoint.com/worthopedia/halls-vegetable-sicilian-hair-renewer-471419639] He cropped out only the lady from “Japan” and kept the other 4 for the brick label. In more recent years, it’s mostly Persia who graces the center of the Turtle Dove cake wrapper.

Edit4: Splendid’s old lady in a bonnet AND spectacles AND shawl are from this 1881 Currier & Ives print. [https://bit.ly/2k1ldOf]