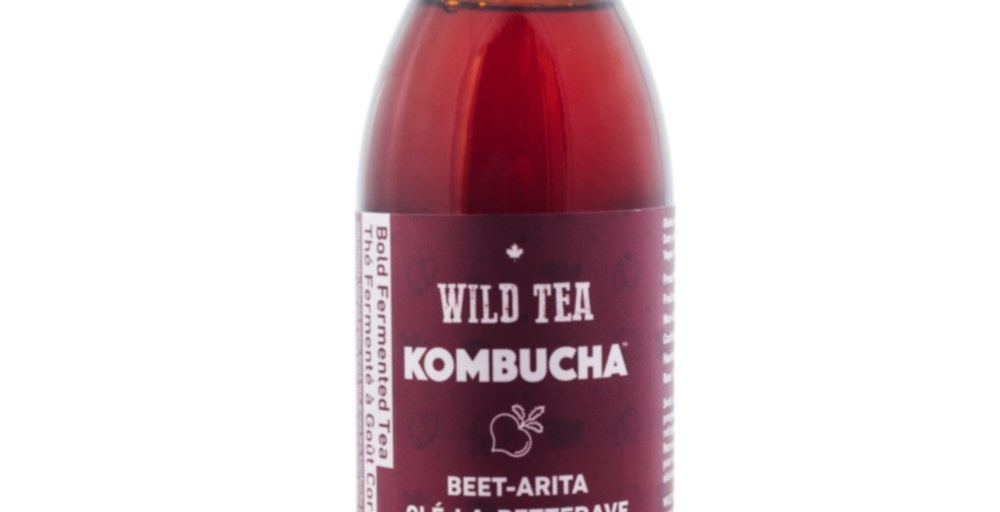 by Wild Tea Kombucha
76
You

The newest edition to the WTK family, Beet-arita is a little earthy, just tart enough with the help of fresh lemon juice, and has enough ginger and turmeric to kick things up a notch.

Found a new kombucha company that’s available to me locally, and they seem to have some really interesting flavours so I scooped up their whole line up except for the ginger one, which I know from experience with other companies is something that I definitely wont like…

I feel like this was a really interesting flavour idea to me – because aren’t especially flavourful other than some really mellow sweet earthiness so I didn’t know how that would translate into kombucha at all which does have a very distinct flavour profile. And honestly I don’t even know how I would ever start trying to describe this one because It didn’t taste distinctly like ANY of the ingredients in the blend. No heavy beet notes, no robust lemon acidity/tang, and really no hint of spice from the turmeric either. It also didn’t have as much of the apple cider vinegar taste as the average kombucha and seemed pretty lightly fizzy too.

Now, don’t mistake me – while this was definitely the most non-distinct kombucha I think I’ve ever had I still REALLY enjoyed it! I mean, it was mellow and I feel like because it had such a small amount of so many things going on with it that you could pair it with such a diverse mix of stuff and it would still work out for you. I know that for me, I was drinking this alongside a really nice pear, pecan, and gorgonzola flatbake with a balsamic drizzle – I liked that this didn’t compete with the strong notes of the food I was eating, but didn’t get lost either.

Yeah – definitely a weird one.