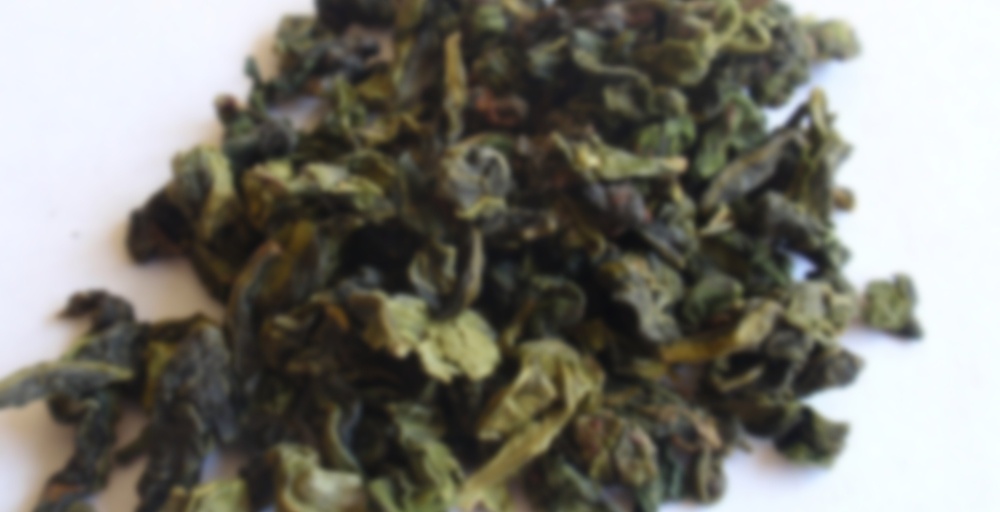 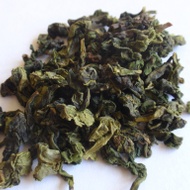 The name “Monkey Picked” came from a legend that says that Buddhist Monks trained monkeys to pick tea leaves from high altitudes too dangerous to pick on their own. The unique process of partially oxidizing the tea leaves preserves the healthful benefits of the natural antioxidants. This precious Grade Monkey’s Pick Oolong Tea is the Highest quality of its type. Its leaves are rare and hard to cultivate making it much more valuable.

This tea was one of the first Ti Kuan Yins I’ve ever tried, so I decided to try it again to see how it compared to the others I’ve recently tried.

I bought this tea at a local Chinese shop called “Wing Hop Fung.” The shop offers a wide selection of Chinese and Taiwanese teas, as well as Chinese goods and delicacies (bird’s nest soup anyone?). While I do not like the way they store their teas (large clear glass jars), their vast selection, cheap prices, and location (one in Chinatown, LA) keeps me coming back.

I bought about 2 oz of tea. The dry leaves had a mostly dark green color with some lighter green in between. The leaves were slightly aromatic, lightly oily to the touch, and with different shapes and sizes.

Since this tea did not have any suggested brewing guidelines (the store does not provide any tips on how to brew your tea unless you ask one of the sales ladies), I steeped each infusion for at least 3 minutes using 195F water and used a gaiwan.

The resulting brew gave me a clear bright green-yellow cup with a light floral aroma. As with my other TKY’s I tried to steep this tea at least 7 times.

My first cup was subtly sweet, lightly floral, with smooth mouth feel and a very nice nutty hint. My second, third, and fourth cup were pretty much more of the same, but with each subsequent steeping, the taste and aroma became weaker. By the fifth cup, the nutty hint was still there, but the floral taste was very faint. The floral aroma was also completely gone by now. The sixth cup was just a hint of everything that once was and after this one, I decided not to re-steep the leaves again.

The wet leaves were mostly well preserved, with different sizes, and some damaged/broken pieces. At least two or three stems were floating around in one teaspoon.

Now this is what I call an everyday Ti Kuan Yin! While the shop’s description makes it sound like this is a high quality tea, you can safely assume it’s not, thanks to its relative cheap price (around $5 per ounce). Overall, This tea has some the flavor, floral notes, and smoothness of a Ti Kuan Yin, but none of the complexities, intense floral aroma and aftertaste that differentiates the regular TKY’s from the extraordinary ones. I enjoyed this tea mostly for what it is, a cheap everyday oolong.