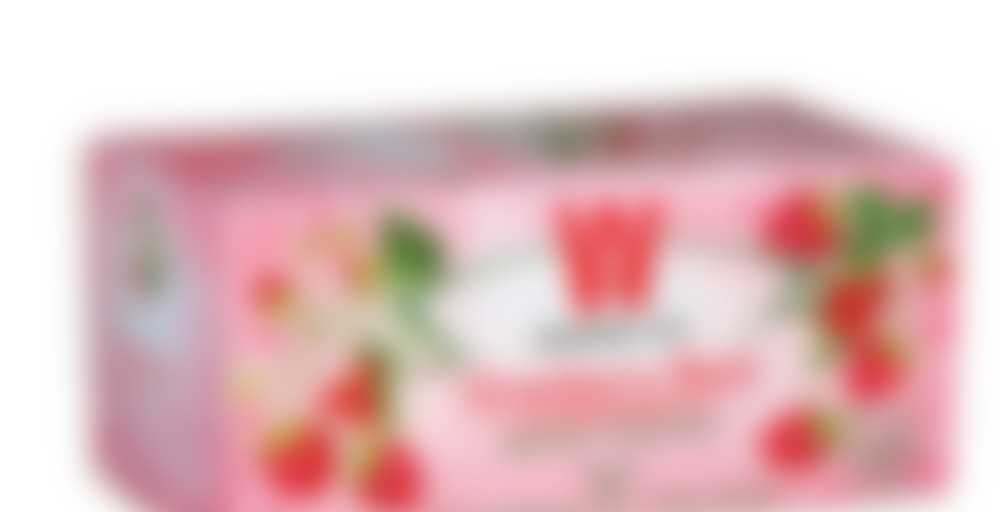 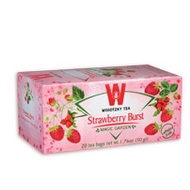 The well loved sweetish taste of strawberries and the pleasant fragrance of rose hip complement each other well and make a wonderful combination of taste and aroma in this drink. The infusion contains apples, hibiscus, orange peel, rose hip, strawberries, cinnamon and other ingredients.

First tried this tea when a friend went to Israel and bought me a box. I loved it..so much that I super-saved it for special occasions only.

And then I found out that they sell it online here in the US. Ordered to fill up the free shipping quota. I just knew they would all be good.

Have had a few cups of this, both hot, and iced, and I got to say I am enjoying it. It has a nice sweet strawberry taste with just a pinch of tartness. It doesn’t need sweetener, thought it does bring out the strawberry more. The only down side is that there is supposed to be cinnamon in here, but I can’t taste it. Darn. Still a great bagged herbal. Thanks Yssah for the tea!!!

yay, glad you liked it too :D

Thanks yssah for sending me these…months ago. I just got around to opening the package and I’ll be working through these. I still have one bag to use later since she sent me 3 and I generally use 2 in my big mug. It’s not quite 16 oz so the tea is pretty strong.

That said, it is VERY strawberry. There’s a little bit of a feel of too much hibiscus, but it’s not too bad. Thankfully I’m not getting any of the cinnamon that the ingredients say is in this because I really don’t like cinnamon on anything but toast (mixed with sugar) and a super sugary cinnamon bun (once in a blue moon…or less often, those happen once a year, don’t they).

For a bagged herbal tea, this is pretty decent. I don’t like it enough to order it because my standards on herbal teas have gotten ridiculously high since I found Steepster and branched out to online companies. Go go gadget Zentealife and Tealux mostly. Anyway, decent tea.