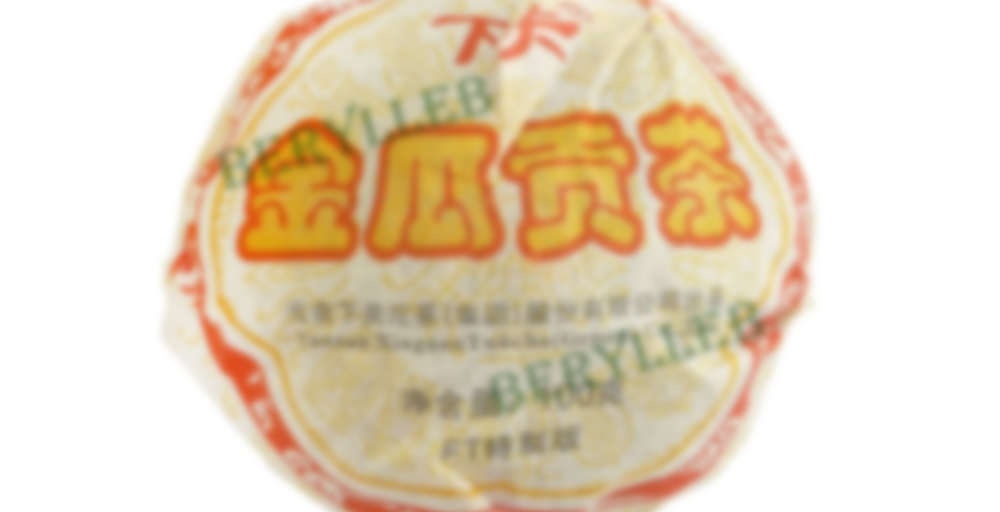 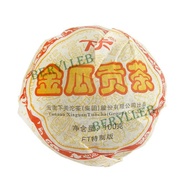 by Xiaguan tea factory(Berylleb on Ebay)
76
You

From Xiaguan tea factory(Berylleb on Ebay)

Golden Melon Tribute Teardrop was created for the famous "Tribute tea" made expressly for the Qing Dynasty emperors from the best tea leaves of Yiwu Mountain. Because the shape of it like Pumpkin, and the tea leaves is store for a few years, they will changed Golden color for , it is named “Golden Melon Tribute Teardrop”.
The teardrop is made from high grade spring tea leaves and Diancang Mountain’s natural spring water. The teardrop is well-balanced shape and marked by fat tips and stretched lines with whit hairs. It yields a bright light yellow broth, a mellow and full-bodied flavor with varied but well-balanced tastes, a lingering sweet aftertaste and a pure high aroma.

It’s been a good day so far today. I managed to have a decent nights sleep for a change, I got my ninth tattoo (http://twitter.yfrog.com/obtdwcvj) and my ill fish seems to be feeling a little better.

While I’m playing Resonance Of Fate with my husband tonight after such a good day I decided to make a gongfu of this pu erh.

The pu erh is mostly loose leaf with the occasional chunk that has been broken from the original cake. It’s a medley of browns and smells a little floral and earthy. Once rinsed it picks up sweet floral tones.

Once brewed the liquid is cloudy burnt orange in colour and it smells a little astringent and perfumey.

So the tea is in my gongfu starting with a 1 minute steep and increasing each steep by an additional minute. Here we go.

It’s very earthy and deep with a bitter floral perfume effect. I’m actually thinking that I may have brewed this one a little too strong (though I used the same amount as I would with any other pu erh which is a rough estimate weight of two tiny sample cakes so what…about 7-10g).

Tea halved now for the second steep, lets see if that reduces the bitterness. The colour is now a cloudy yellow colour which to be frank looks like very unhealthy urine. Does anyone know why some pu erh is cloudy?

Much better strength now, it’s floral and earthy still but with a sweet fruity note and while being astringent has no bitterness. It’s still perfumey though which is a little hit or miss at times and honestly I’m not digging it at the moment. I was hoping it would be a little more floral or earthy and less perfumey.

Overall it’s not what I was quite looking for in a raw pu erh but it has it’s charm and I’m thankful to have tried it. Don’t think I would buy it again though.

Hi!
Have you recently taste it? It has improve during these 3 years?

It’s worth to buy it?