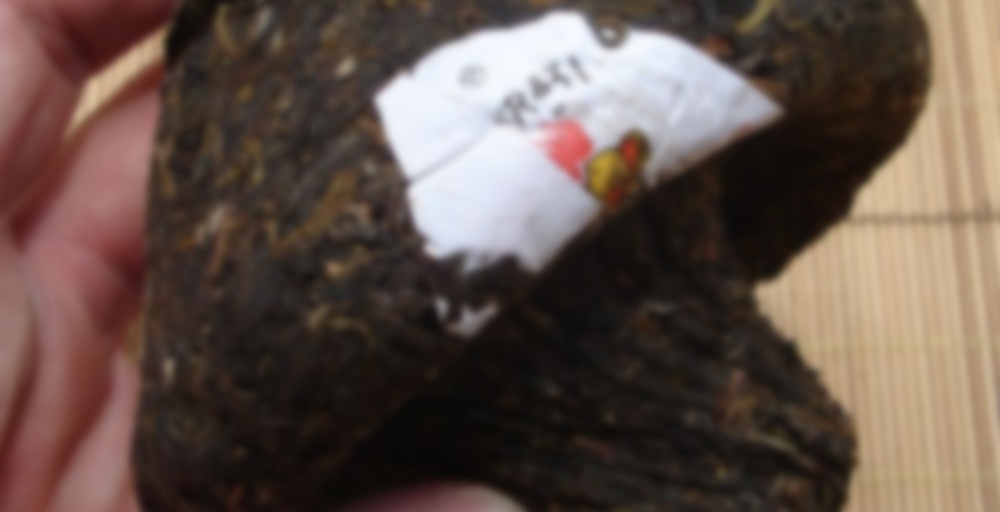 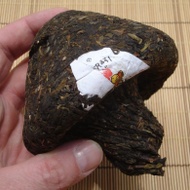 Xiaguan tea factory has been producing this mushroom tuo for a long longtime.It is consumed by the people of western Yunnan and Tibet as a staple.Typically it is brewed as a component of Yak Butter tea. The brew consists of Pu-erh tea, Churned Yak Butter, Salt, and a touch of Rawsugar also in brick form. Occasionaly hemp seeds are added to the brewfor a nutty flavor. This tea is referred to as “jin cha” by the Tibetan people. The flavor is bold and stimulating,this brick also ages well. Xiaguan has producing the “Tibetan Flame” brand for almost 50 years. Until the 90’s Xiaguan Tea Factory was owned by the government and was obligated to produce and deliver these bricks to the Tibetan peoples living in Yunnan and Tibet.

The blend is rough but with a strong flavor and thick after-taste. There is a slight smokiness and you may find the Xiaguan tea factory has seen fit to add a few ripe pu-erh leaves to the mix.