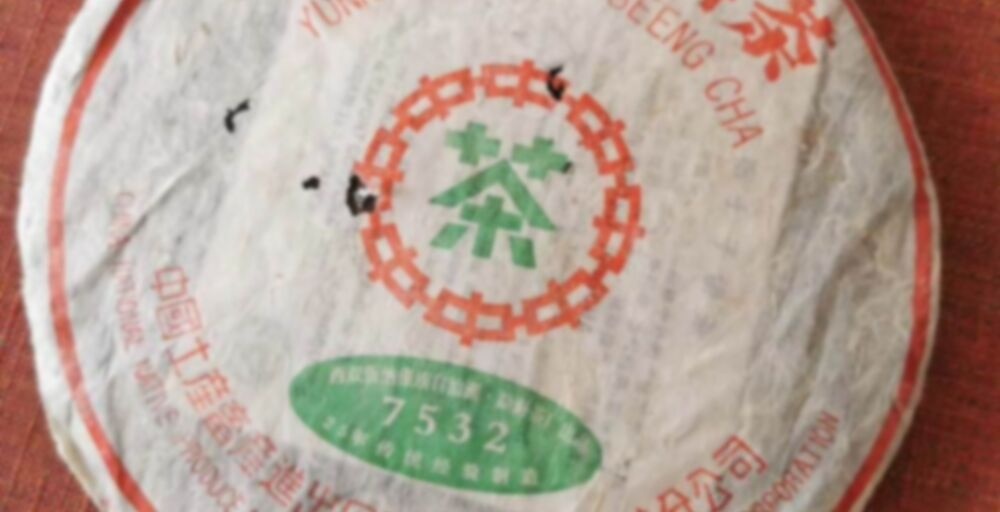 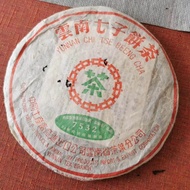 From Yee On Tea

This is the legendary 7532 recipe raw pu’er from The Menghai Tea Factory / CNNP. Unlike other productions sold in Mainland China, this lot produced for Yee On Tea of Hong Kong features a green oval with the recipe number and factory information near the bottom front of the wrapper.

These cakes were stored in Hong Kong between 2000-2018, and from 2018 in Nantou, Taiwan under natural storage conditions. The tea has a classic earthy aroma with some humidity from its storage but is otherwise very clean. This is one smooth tea, comforting, with balanced bitter and sweet notes.

The 7532 recipe was made with smaller leaves than 7542, and was the premium product of the factory when it was produced. Its value has only increased with time. The factory pu’er from this period is believed to be of much higher quality than that produced during and after the pu’er boom that occurred a few years later. Some of the factory cakes from this earlier period are said to have even included premium gushu (ancient tree) material in the blends that would demand a much higher price today.

About Yee On Tea View company