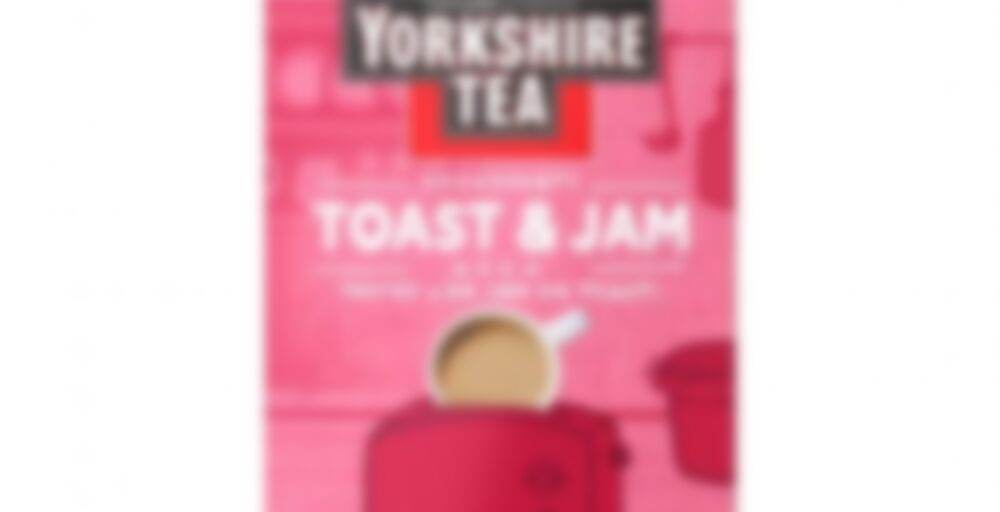 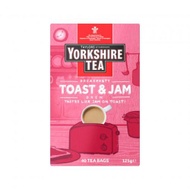 by Yorkshire Tea
--
You

Perfect for mornings, it is a strong breakfast blend with all of the loveliness of jam on toast without the crumbs! We wanted to create a tea that will send people into their day with a spring in their step and a smile in their soul.

I first heard about this tea during the worst of my sickness this past September, and thanks to a special tea friend, I was able to get my hands on a box, since this tea isn’t yet available to purchase outside of the UK.

Honestly speaking, it smells 10x better than it tastes. But that’s not to say that it tastes bad either. The flavour here has an especially strong, malty tea presence that teeters on the verge of being bitter. The toast and jam elements are present, but more so in the finish. It may sound sacreligious to say that I prefer this one with milk, but milk really helps to cut the bite of the tea and bring out the natural sweetness. Right now I’m enjoying it as a latte with eggnog, which is delicious as well!

Yorkshire Tea were not exaggerating when they described their Toast & Jam Brew as “a real tea that tastes like real tea, but also toast and also jam”. The concept of this tea still blows my mind, and I think they did a great job of taking the flavours of toast & jam and incorporating it into a tea blend. Although, I will say that their Biscuit Brew still has my heart.

I hope you are feeling better! <3 And this tea sounds so good! Sadly, I do not live in the UK, but I would totally get it if it was available in Canada.

@SilentKettle Thank you, I’m up and down, but overall much better than I was in September! I’m hoping that it becomes available outside of the UK as well, more people should be able to experience this tea!