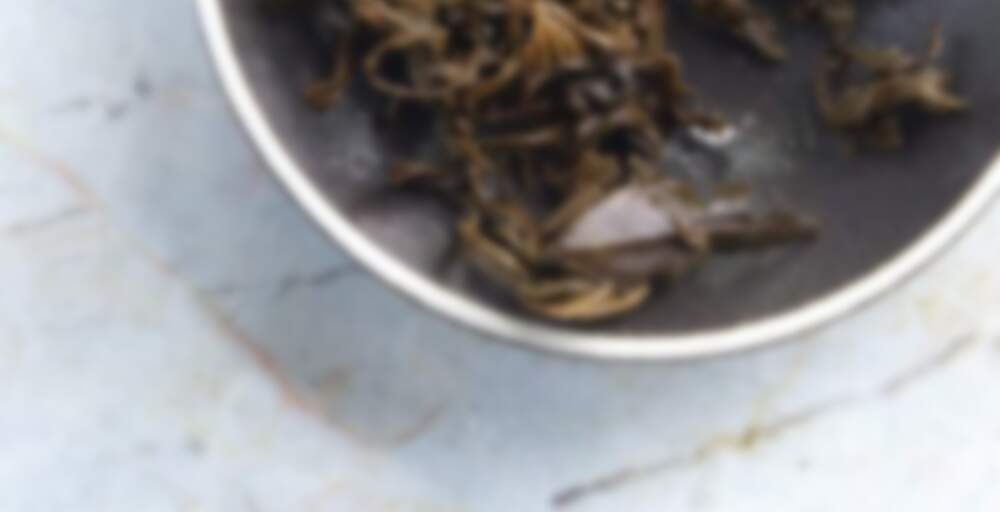 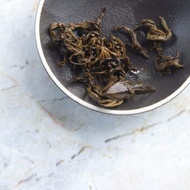 by Young Mountain Tea
76
You

Nilgiri Beauty Oolong is an experimental small-batch pearl tea from India’s southernmost tea region. It’s made by the all-woman team at Tea Studio, who gives the leaf a short oxidization to add fruity freshness.

Tasting Notes: This tea straddles the line between a light black and a dark-roasted oolong. It carries a fruity, amber body consistent with Darjeeling’s Second Flush, a black tea, and a slight toasted nut quality similar to China’s Tie Guan Yin, an oolong (also commonly called “Oriental Beauty.”) However, a burst of star anise makes it completely distinct. A similarly innovative tea comes from the tea makers at Kanchenjunga Tea Estate in their Nepali Shangri-La Oolong. We spent hours discussing if we should classify these teas as blacks or oolongs, and in the end decided it’s best to simply enjoy it for what it is and forget about labels. Lovers of Darjeeling Second Flush and Tie Guan Yin (aka “Oriental Beauty”) are likely to enjoy this tea.

Production: The tea makers at Tea Studio are stretching the limits of Indian tea, and Nilgiri Beauty Oolong is a demonstration of their oxidization experiments. By cycling between gently rolling the leaf and resting it, they blur the boundaries between traditional Chinese oolong processes and Indian techniques for making blacks. The tea is made from hardy, big-leafed tea plants indigenous to Assam, which gives them the ability to work the leaf much deeper than the small, delicate leaves of the China bush that is usually used for oolongs. The synthesis of the two creates this tea, which serves as a snapshot of an industry in evolution.

Region:  The Nilgiri region contains India’s southernmost mountains. While the district is only slightly larger than Darjeeling, it produces nearly four times as much tea. The prolific growth can be attributed to the lush tropical climate that allows for year-round growth. Unlike other regions, most of the land is owned by small growers who sell their green leaf to “bought leaf” factories. Nigiri teas are generally known to be less bitter and difficult to oversteep. They also don’t get cloudy as they steep, which makes them popular for high-end iced tea.

Tea Makers: Tea Studio is a state-of-the-art processing facility in the Nilgiris, run by Muskan Khanna and jointly owned by several international partners. Muskan’s father, Indi, has been experimenting with just about every aspect of tea since Muskan was a child—from growing the leaf, to sourcing the equipment, to exporting tea by the container. Indi is a fearless self-made tea man, and Muskan inherited her father’s love for tea. Her creativity and passion is evident in the teas her team makes—they all incorporate traditional Chinese methods and machines. Under Muskan’s leadership, Tea Studio is currently run and operated exclusively by a team of women–rare for the tea industry in any part of the world, let alone India. Tea Studio is also an educational space designed to host groups and teach professionals how to make fine whole-leaf teas. Read more about Muskan’s Journey.

Impact: In a trade dominated by men, Muskan and the all-woman team at Tea Studio show change is possible. They are exercising a level of creativity unheard of in India tea, rethinking every aspect of tea’s production, from the field to the factory. And with women leading the way, social norms are being transformed in Nilgiri villages, as locals see women creating teas that are getting attention from buyers from across the globe. Through Tea Studio’s educational offerings, they are creating opportunities for more small growers to gain the skills needed to make high-quality teas, raising up their entire community.