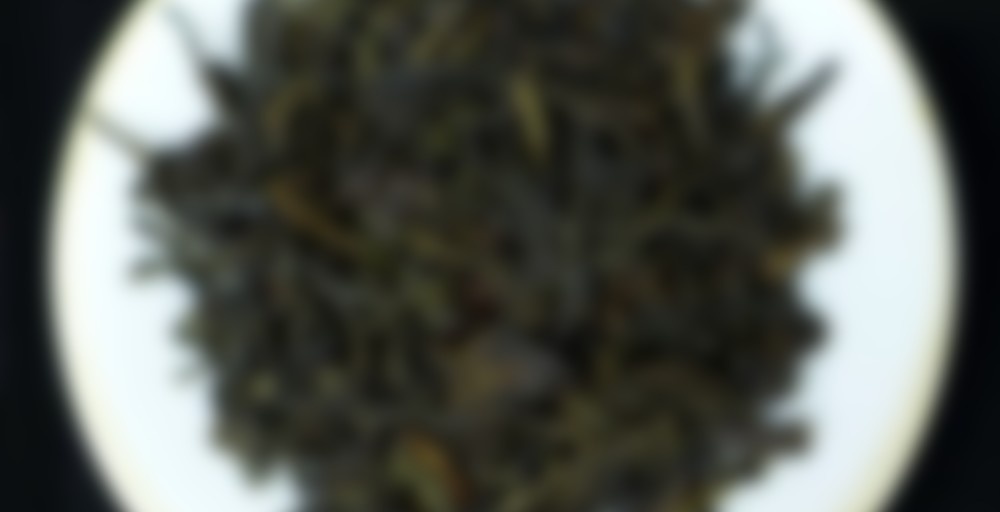 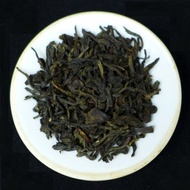 by Yunnan Sourcing US
79
You

Tian Jian tea is created through a special fermentation process that takes longer than black tea but considerably less time than ripe pu-erh. The tea is then roasted over pine fire by hand to dry it. This tea is a blend of three Tian Jian, each with a different level of oxidization!

I tossed a couple little packets of this Heicha into a Yunnan Sourcing order I made a few months back, and one of them just surfaced in my sample box. After drinking it, I’m sad to say they’re gone on Yunnan Sourcing’s site – it was a very interesting and tasty tea. The dry leaf had a pungent prune or other dried fruit smell. The aroma was largely unchanged after a rinse, with a bit of maltiness entering the mix as well.

The flavor was pretty out there – I got a lot of that same sour dried fruitiness, I’m gonna call it prunes, throughout the session. The first steep was prunes and dried cherries with a slight cooling mouthfeel. I haven’t ever tasted a tea that was much of anything like that first steep. It was like everything I always hope for (and have never gotten) when black teas are labeled as “fruity.” Nice and bright flavor.

I didn’t taste the cherry after that first steep, but the rest of the session was nice as well. It got a touch of bittersweet chocolate to it, with the fruit a little more distant in the finish, but still quite there and quite pruney. The chocolate vibe only lasted through around steep 4, but even once it was gone, the tea retained a bit of a bittersweet note to it which I couldn’t pin down.

Compared to a lot of the puerh and stuff I drink, this one didn’t have quite the longevity – I got 8 steeps out of it, and the last two were pretty diminished. Despite that, I would buy up a lot more of this tea in a heartbeat if it were available. The single-session packaging and affordability make it a no brainer for such an interesting tea. I really need to try some more Tian Jian and other heicha…haven’t had great experience with Liu Bao, but these other heicha have been nice.

This one kind of reminded me of a really funky and whacked out black tea – like black tea’s psycho cousin. I liked it a lot.

Recently, I’ve been dipping my feet into tian jian and liu bao. Too bad I missed this one.

I enjoy Hei cha. I don’t drink it every day, but generally speaking, when I order from YS, I like add some Heicha samples to my order. They are nice to have around for variety, and not expensive.

This one has a bit of a sour rye bread flavor, which I find typical of this type of tea. It’s not sour in a bad way, and this quality is part of what makes it interesting, palette cleansing, and different from both Black and Red teas. Lightly smokey pine, tobacco, & a sweet tart aftertaste with a lingering juiciness complete the picture & make this a pleasant end to my tea drinking day.

I love it, my latest tea obsession… I like how the right amount you can get a good amount of fruitiness against the sour notes & with just a tad of fermentation taste so it’s interesting. And good quality experience for cheap relatively to puerh. In my limited experience ofc

Oh, I had never heard of this tea! Now want!

Looks like Scott added a bunch since my last visit (it has been awhile). This one has probably been my favorite so far
http://yunnansourcing.com/en/liu-an-liu-bao-tian-jian-and-other-hei-cha/1880-2010-bai-sha-xi-tian-jian-hunan-hand-roasted-hei-cha-50-grams.html

I’m currently chomping on chawangshops affairs & will have some reviews up soon(ish) but that looks so nice. Heicha is great

I kind of wish I knew about the Yi Qing Yuan before it disappeared off the shelves. :(