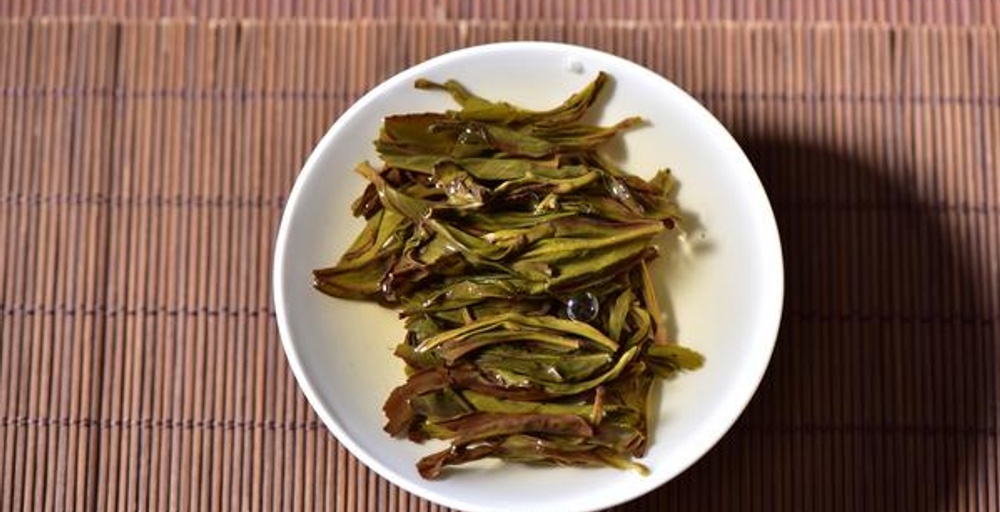 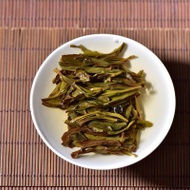 by Yunnan Sourcing US
78
You

A lightly oxidized Dan Cong harvest in Spring 2015 from high quality straight trunk Dan Cong bushes. The leaves are consistent in length and thickness, and have been expertly processed to bring out a Pomelo fruity aroma with a hint of floral bouquet!

Before I begin this review, allow me to state that I do not normally go out of my way to buy old tea. If I buy an older tea, I will always buy from the most recent harvest. Well, I guess I should say that’s what I almost always do. This was an impulse buy a month or two ago. I was placing an order with Yunnan Sourcing US and wanted to tack on another tea just for the sake of justifying the shipping cost a little more in my head. I couldn’t find anything else new and interesting, but then I saw this tea. It sounded interesting and I had been trying to spur myself to become more familiar with Dan Cong oolongs, so I bought it. I figured the worst case scenario would be that I wouldn’t like it or that it might be a little weak. Fortunately, neither ended up being the case and that should not have surprised me. Yunnan Sourcing always seems to do a great job maintaining and storing their teas and I found that to once again be the case here.

I prepared this tea gongfu style. After a quick rinse, I steeped 7 grams of loose tea leaves in 4 ounces of 185 F water for 8 seconds. This infusion was followed by 12 additional infusions. Steep times for these infusions were as follows: 10 seconds, 15 seconds, 20 seconds, 25 seconds, 30 seconds, 40 seconds, 50 seconds, 1 minute, 1 minute 15 seconds, 1 minute 30 seconds, 2 minutes, and 3 minutes. I’m still trying to get used to that whole pack the gaiwan to the brim thing that many Dan Cong enthusiasts do. I’m also still trying to figure out a gongfu method that works for me when it comes to brewing these teas since I’m not so certain that what I do for other teas brings out the best these oolongs have to offer. I’ll keep playing around with it in my spare time.

Prior to the rinse, the dry tea leaves gave off subtle aromas of butter, cream, citrus, and honeysuckle. After the rinse, the bouquet intensified slightly. I could pick up stronger hints of butter, cream, and honeysuckle coupled with distinct impressions of pomelo and lemon. I also began to catch hints of lilac, gardenia, and vanilla. The first infusion produced a bouquet that brought everything together. At this point, I got extremely robust floral tones. I was reminded of a mixture of honeysuckle, gardenia, lilac, and magnolia. There were big aromas of vanilla, butter, and cream too. I also thought I began to catch hints of nuts, lime, and grass. In the mouth, however, the tea liquor was surprisingly flat, offering muted notes of grass, lemon rind, pomelo, cream, butter, and vanilla underscored by traces of bitter, oily nuts and fresh flowers. Fortunately, subsequent infusions upped the ante considerably. The cream, butter, vanilla, grass, pomelo, and lemon rind notes were still there, but they were considerably stronger. I was now better able to pick up that bitter nuttiness (it kind of reminded me of fresh black walnut at points, but that comparison is far from exact) and the notes of lilac, gardenia, honeysuckle, and magnolia really began to pop. On several of these middle infusions, I could detect notes of lemongrass, daylily shoots, yellow plum, bitter orange, lime, and orchid. I also began to detect a growing minerality. The later infusions were very subtle, almost to the point of being flat. Minerals, grass, and nuts were the dominant impressions available to me, though I could still detect ghostly citrus, butter, and cream tones on the swallow.