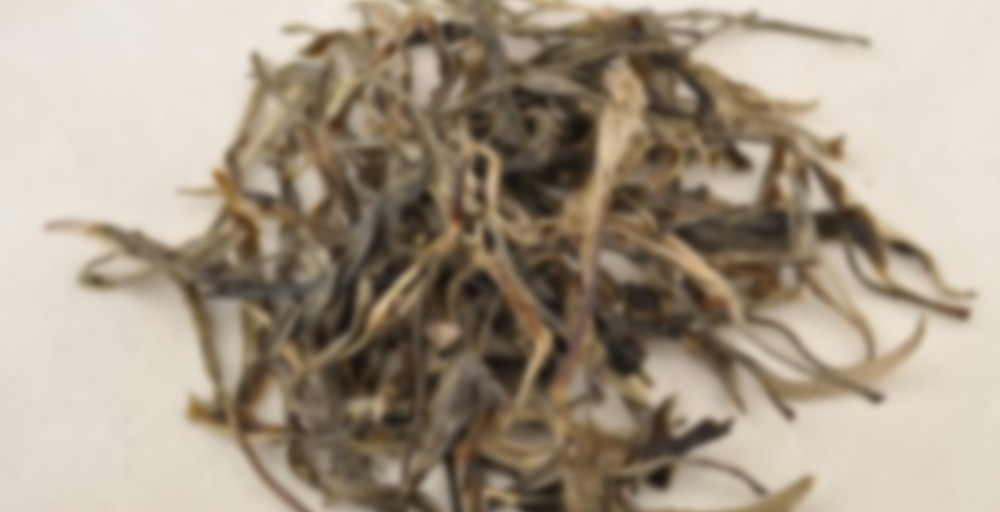 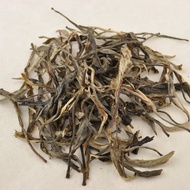 Thank you shakirah1984 for this sample.

I had to call in sick today due to a sore throat and cough and the general feeling of crapiness. My boss (my mother) is going down to Wales tomorrow for the weekend to see my grandad after he had his pace maker fitted. He had to have it done twice because one of the tubes came out apparently after it was fitted, so two operations in two days. I don’t want to give him a cold so thought it was best I stay away from them and ergo stay away from him.

I do have the task of house and dog sitting for them though this weekend, it means I will take copious amounts of tea with me to review. That’s my plan anyway.

The raw leaves are large and long with some sticks/stems present. When held up into the light I can notice small hairs that glow like cats eyes. I haven’t seen a tea so shiny as this one since drinking Golden Monkey – Tea Palace which is a golden tip Yunnan tea.

They have a distinct smoky scent with sweet and thick floral tones. Very leathery and robust.

With a 20 second rinse and a 1 minute steep using my Gongfu for 5g of Pu Erh my tea soup is light yellow in colour with a smoky and sweet woody aroma.

Flavours are darkly floral and woody with subtle sweetness and some astringency. The dark notes gradually lighten and eventually leave a fresh, light, floral after taste. Reminds me of mild Lapsang Souchong, the smokiness is definitely the strongest character.

There is something magical about drinking tea from 100-300 year old trees from a tiny village in the middle of no where. It gives me a warm glow. :)

The leaves were large to begin with but once steeped they have doubled in size and unravelled, also lightened in colour and looks very fresh. Some leaves are whole, unbroken.

The second steep – 2 minutes – Very light and fruity with double sweetness in comparison to the first steep. Now there is little smokiness but the wood tones remain. A very different tea than it’s first steep…I’m finding it hard to pick which steep is my favourite.

It’s also much more delicate and I don’t think there would be much left for me after this steep. Detecting more dryness in the after taste now too.

Overall it’s a pleasant enough Pu Erh and I can finish the rest of my sample with ease. It was however smokier than I thought it would be and needs to be the type of tea I’m in the mood for before I drink it again. Not bad for the price at all. :)