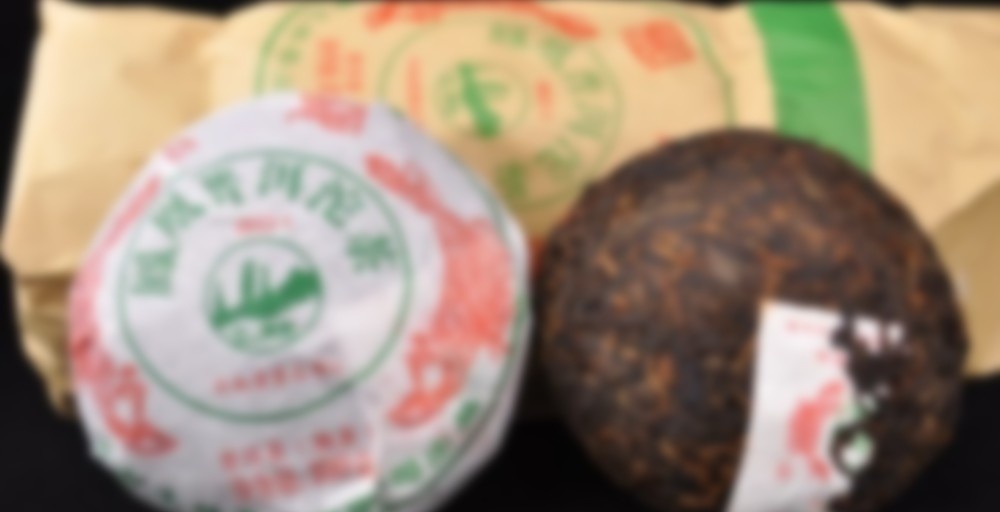 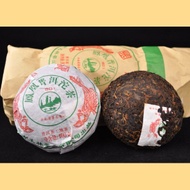 One of the classic Nan Jian tuo cha blends. 801 tuo cha is a 100 gram tuo that is composed of ripe pu-erh from Wu Liang mountain and Lincang are pu-erh tea. The 801 recipe features prominent gold tips and smooth sweet after-taste!

I brewed up about 7g in a 100ml Gaiwan at about 210f. I gave the customary two rinses. There was no real funk that I noticed. The wet leaf gave a nice woody, earthy and slight spicy smoke aroma. The first steep was light and I pushed it a bit on the next few. It has a really nice earthy flavor with hints of wood. There was not a lot of sweetness but it was not completely void of some. What I really liked is that there was a lot of different nuances going on. This tea has some complexity to it which was a nice surprise. The flavor on the front would bring some nice aged taste as well though this one is only about 4 years old. Then after the swallow, the out breath brought forth a few other flavors of spice, dirt, and bark as well as some others. It definitely wasn’t one single note in flavor. It seemed to have some different things going on in each steep so it didn’t bore me at all. I think some more age will make this one even better. I found it similar to the Xiguan 2007 XIAO FA in the green box. A great everyday sipper. This was my second time trying this one and it definitely benefitted from some airing out. This tea is pretty damn good and already has some nice aged flavor coming through. So far I enjoy Nan Jian ripes and haven’t had one that I didn’t care for yet.

Not too great, but not bad for sure. Seems to need 2 rinses to get thru a bit of weirdness at the start. Brews up nicely dark for ~4 infusions, then lightens up. Nice woody/earthy taste without much of any sweetness. Body is moderate. Need some more sessions to try to determine other flavors I might be detecting.