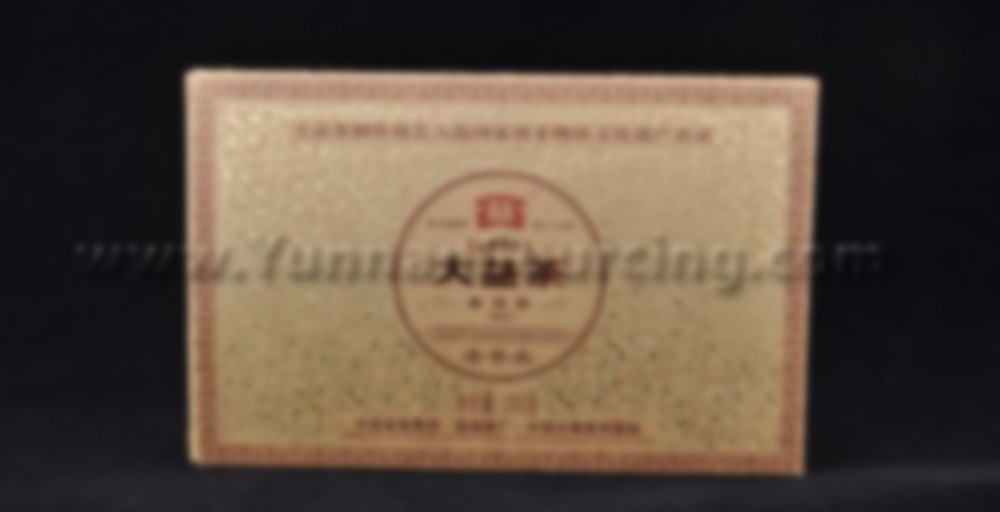 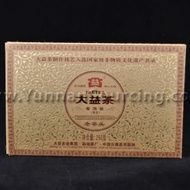 Today I sat down with the last of my second brick of the 2010 version of Menghai’s Lao Cha Tou ripe pu erh brick. I’ve now gone through 500g of this stuff. My remaining chunk was around 9g so I just used the whole thing in a 185ml yixing instead of having 2 smaller weaker sessions. Also, it’s nice to finish with a tea in my daily rotation box as it makes room to take a new one out of storage and add it to the rotation! :)

I like this tea because it is deep, dark, rich, and creamy. Perfect when I’m in the mood for a creamy rich decadent puerh that gives and gives. I’m on my 7th steeping at 15s and the liquor is black, and I mean BLACK! I can hardly see through it when I’m pouring the tea into the pitcher or cup! And that’s after SEVEN steepings!!! The flavor profile is not very complex… notes of dark chocolate syrup, leather, and perhaps a hint of dark cherry wood. Very dark and rich. Not much in the way of cha qi, and some mild hui gan in the early steepings.

This tea becomes interesting in the later steepings as the leaf portions start to open up and change while the nuggets are still giving strength to the tea. In typing this I moved on to my 8th steeping at 20s… still black, but now I can see through it when I hold it up to the light. I love it! I’ll probably approach 20 steepings of this tea today. While it’s nothing too spectacular this is a great tea for a dark, rich shou pu erh experience. Another solid shou from Menghai.

EDIT: On my 17th steeping now, the tea is still giving a golden – amber colored liquor and has really opened up with a deep soft lingering sweetness after an early punch of mushroom with light floral essence. Still tasty!

Another Shou Menghai snob alert. I had never heard of a Cha Tou which is “a kind of tea nugget that forms naturally from the pressures of compression and heat that occurs during the fermentation process”. My interest was peaked so I ordered a 250g brick. For $22, this tea is a steal!!! The soup is a beautiful mahogany color. The taste is not only a wonderful earthy flavor that is a joy to the taste buds, it stays with you long after you have drunk the tea. This is another very consistent tea. I am on steeping six and it really does taste like the first steeping. Shou, Menghai, delicious, I see a trend here.

Good stuff! I get a brick of this each year. I have them back to 2007. The only downside is you have to let them set a year or so to get the fermented funk out of them . Re-steeps fantastically. It is made a lot of times with several years of nuggets when they press the bricks….Forgot to say …Menghai shou snob here also…