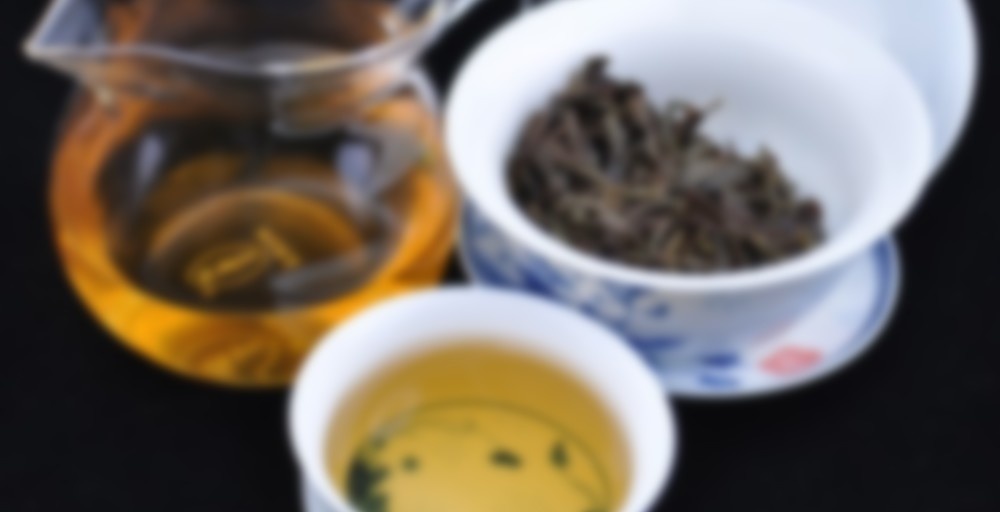 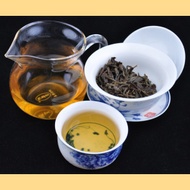 This is Spring 2014 Phoenix Bird Dan Cong from Chao An village in northern Guangdong province. This type of oolong grows from trees and is picked using tall ladders. It is then hand-roasted to oxidize it and give it that special flavor. This tea has the characteristic of "mi lan xiang" or orchid nectar aromatic quality to it. The leaves after being infused are robust and strong while still green in color. This tea can be infused 10 to 15 times! Don’t allow early infusions to sit for too long or the flavor will be too strong which could the subtlety of later infusions less enjoyable!

This is my first pheonix Dan Cong oolong. It’s a simple and pleasant daily drink. Strong roasted barley and subtle rock sugar notes linger on the tongue and have a mouth-watering effect. It’s quite refreshing. There is a prominent mineral element to it that reminds me of Wuyi oolongs, rather than Dan Cong. I’m on the 4th steep and I still don’t pick up any fruity or flowery notes.

I like the tea, but there is no “mi lan xiang” to speak of in this tea. This may be the first time I’ve been disappointed with an order from YS. Perhaps my package was mislabeled?

After one year of resting in its original pack it’s now a very different tea. The tea liquor has evolved from yellow to a clear rose/orange hue. The initial roasted flavors have given way to dried fruit and tropical floral sweetness that sits on the tongue for some time.

I also don’t recall this tea having much body, but maybe some traceable mouthfeel. Now, it is clearly full and active in the mouth. It has also developed a thick viscosity and soft and smooth texture.

This was a fun experiment! Too bad they’re sold out.

well now for this one. i did notice if you leave the tea in the water longer than recommended, it will taste like sheng puehr :D

Phoenix Dan Cong is a style of oolong tea originating in Phoenix Mountain in China’s southern Guangdong province that dates back to the Song dynasty.
Coming from New Zealand, where Peter Jackson is a local legend, one could be mistaken for assuming the word “dan cong” is in fact, “king kong”. And there may be a connection as the term dan cong, or “single-trunk,” refers to the cultivation method whereby the tea trees are allowed to grow wild until they reach full height (up to 5-metres) and form their own tree trunk, as opposed to terraced tea gardens where the tea bushes are pruned into low rows. They are, therefore, the giants in the tea plant world.
The teas produced from this area are categorized according to their distinct tea tree cultivars, which are named after the fruits and flowers that they are associated with in terms of their flavour profile. In the past, naming of these teas was unsystematic and complicated. However, in the last 50 or so years, the Chinese government has developed a system of registration (predominantly for commercial teas). The top 10 fragrances are: Yu Lan Xiang (magnolia flower fragrance); Huang Zhi Xiang (orange flower fragrance); Xing Ren Xiang (almond flavour); Zhi Lan Xiang (orchid fragrance); Mi Lan Xiang (honey orchid fragrance); Gui Hua Xiang (osmanthus fragrance); You Hua Xiang 9pomelo/grapefruit flower fragrance); Jiang Hua Xiang (ginger flower fragrance); Rou Gui Xiang (cinnamon flavour); and Mi Lan Xiang (milan flower fragrance).
This particular tea is made with the ‘Mi Lan Xiang’ cultivar. During harvesting, tall ladders are used to hand pluck the leaves (bud with 2-3 leaves). Harvesting strictly follows the three “Don’ts”: don’t pick in strong sunlight, don’t pick early in the morning and don’t pick in the rain. The leaves are then hand-roasted to stop oxidisation, thus imparting their unique flavour.
On inspection, the leaf looks similar to Wuyi Rock Oolong from Fujian Province. However, the aroma is vastly different. While Wuyi oolongs have a smoky/earthy/roasted scent, this Dan Cong is heavily fragrant with floral (orchid) and stone fruit (peach/nectarines) notes.
The first sip of the liquor is intoxicating: it has a smooth thick depth of flavour beginning with a flowery orchid and nectar sweetness, accompanied by a roasted note. This is followed up by lingering notes of honey, ginseng and stone fruits. The wildly aromatic aftertaste lingers for some time (which means I am in no hurry to do a second infusion).
For the second infusion, the flavour starts out sweet and smooth, with its heady floral notes but the honey has gained dominance. There is no astringency or bitterness at all.
Much like Gui Hua Xiang (Osmanthus), this tea is reasonably strong in flavour. A characteristic of a good dan cong (according to U.S. tea educator, Jason Walker). However, the New Zealand tea palate is unlikely to be accustomed to this character profile.
To wrap up: This tea is no doubt a mid-grade tea, grown around 1,000 metres. Dan congs grown higher (above 1,200 metres) tend to be sold for exorbitantly high prices before the tea even reaches the market. That said, this tea is wonderfully fragrant and produces numerous infusions. And, at a price of US$8 for 50g, that’s a decent deal.
Basic Brewing Guidelines: Water- 90 degrees; Leaf to Water Ratio – 3g per 150ml; Brewing Time – 1.5 minutes to start.