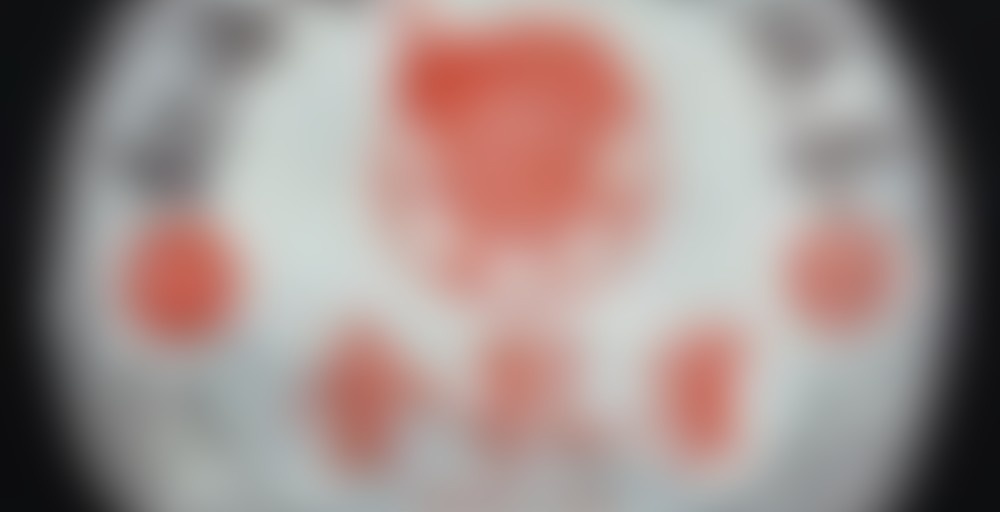 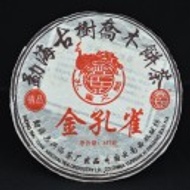 Opening the packet is tricky but I do it eventually. Once opened I pull out a large piece of cake which has remained whole despite it’s journey. There are quite a few golden tips present on the outside of the cake and a beautiful shine. Some of the golden tips have downy hairs that I can stroke, as though the Pu Erh were an animal. I don’t know why I decided to stroke it…perhaps the heat is getting with me? Further inspection shows dark brown leaves the colour of old, dark chocolate. The cake remnant bares a soft, dry wood and clay scent.

Colour is golden orange with a soft clay scent.

Flavour is mild with some sweetness and an earthy, dusky wood tone toward the after taste. The more I drink the more I can define the sweetness to being brown sugar like.

Still soft with brown sugar and dusky wood tones, but with added dryness.

Darker though still soft. Less sweet and more musky now, with old wood and dry earth notes that linger in the after taste. Also the tea liquid is dark at this point too, like red soy sauce.

Slightly sour in this steep and the wood is coming through with some cocoa notes. Still dry and mildly sweet.

Similar to the previous steep though with more clay and dryness. It reminds me of autumn, the dry, musky leaves crunching under my feet as I walk through a forest. The smells of an autumn forest match this flavour quite nicely.

An increase of musk though still soft and the sourness is slight. Very wooden.

Overall – I found this Shou to be mild and delicate throughout the steeps which made it difficult to describe the flavours. At least it was consistent throughout. I would say this is an everyday Shou for Pu new drinkers or those that prefer softer teas. Personally I like strength and depth in my tea which this just didn’t have, though despite that it was drinkable and pleasant enough. I had some difficulty breaking up the cake piece so I did it by hand in the middle of my steeps, partly to see if it increased strength.

I honestly cut this steeping short, originally I planned on 10 steeps rather than 7. Don’t get me wrong, it really isn’t a bad Shou when it comes down to it; my personal preference is just that and I can’t like them all. I still think that for the price it’s a decent every day Shou for new drinkers and would recommend it for that. If I can be nothing else then at least I’m honest.

Urgh, I had written a note for this and accidentally closed the window before I could finish it. Starting all over!

Yesterday I decided to boil my shu puerh teapot as I thought it picked up a moldy smell after accidentally leaving water in it for a few days. Here’s the pot, looking and smelling a lot better:

This sample puerh came from the YS dark tea of the month club. I’m quite pleased with it so far. As Allan noted, there is no fermentation flavor or aroma present. I am doing short steeps in the yixing and get a sweet, creamy tea that is very smooth. No bitterness is present. The tea is chocolate-y and also went fabulously with a dark chocolate peanut butter cup from Justin’s. :)

3 steeps so far and the flavor is quite good. I would consider buying a cake of this, a good value at $30, but my tea budget is not very large at the moment.

I hate when that happens!

Mine is sitting in San Francisco.

Mine left SF few days ago . Still nowhere :( in transit …I have no prob when it goes thru Chicago or JFK. SF always a pain in a b…

I guess it’s good that I live in San Francisco!

This tea is sweet and delicious. It does have a little fermentation flavor left but not much. It seems like it should have none but it has a little. There was virtually no bitterness to this tea. This is the best Puerh I have drank this week anyway. At only $30 it is a good value too. I only gave this tea six steeps because I have to watch my caffeine intake but it could easily gone for twelve or fifteen steeps. It had not begun to weaken by steep six. I still have the leaves and might go back to this later.

I thought after the first few steeps the caffeine is mostly over? I could be wrong…

I used to think that but with such short steeps I think you continue to get caffeine. There was another post where scientists tested the theory that you could home decaffeinate tea that way. They determined you had to steep the tea for something like 6 minutes to get rid of eighty percent of the caffeine. So logically there was more caffeine in the tea to be extracted.

I have recently gotten into tea, and I absolutely love it. But, I am afraid about the caffeine as I am very sensitive to it ( If I drink just 1 glass of coffee I will be shaking for the rest of the day ) So, if I would like to do a tea session with a pu-erh tea like this with around 6 steepings, do you think it will effect me as much as one glass of coffee?