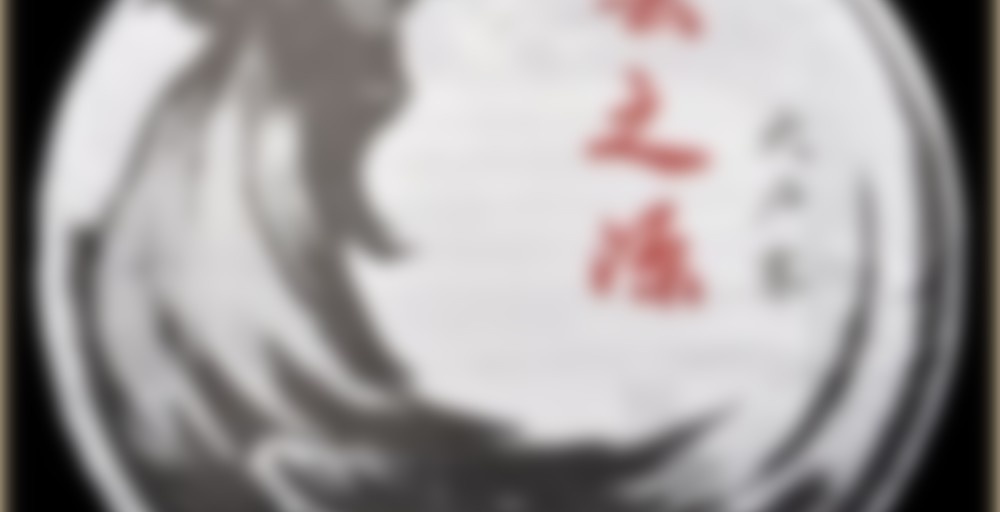 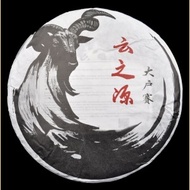 “Bai Ni Shui” is a small village to the southwest of Jinggu town in Simao prefecture. Bai Ni Shui (lit. White Mud Water) is situated at 1900 meters above sea level and has many old tea trees growing naturally without much human interference. Our production comes from 80-200 year old tea trees and is the first pluck of Spring 2015.

The dry leaf smells of mint and mushrooms. The brewed tea is thick-bodied with a pungent nut and mushroom aroma. The tea soup is viscous and yellow-gold in color. The taste is strong and penetrates the mouth and throat with a mushroom sweetness but is countered by a bitter/astringent layer that acts to circulate the taste and feeling thoughout the mouth and throat. Cha Qi is quite strong but not overpowering.

Stone-Pressed in the traditional manner

Aroma of orange blossom and honey. Distant smokiness up front, which I like. Thick, sweet soup, with some astringency. Quick, menthol cooling huigan. Lacks a good green bitter snap, but otherwise workable. Clean qi. I think this is respectable tea and certainly the best of the four single village 2015 teas I sampled from YS, but still seems a bit expensive to me for the relative quality.

This was a unique tea and the only reason I didn’t grab a cake was due to strong mushroom notes i picked up during its first year. I remember returning to that sample and noticing the character of the tea had changed dramatically, leaving me with more honey and orange blossom, as you’ve noted. I bet it’s really good right now.

It certainly had some nice qualities, but I’m out of my sample now…I think I’ve gotten too picky, as it didn’t quite meet my current standards.

I have had this sample sitting around for quite some time. In my effort to keep clearing out samples, I gave it a try today. The leaf had a sweet, mushroomy aroma to it. I have had some teas which use “mushroom” as a flavor description that are just a bit nasty, so I was slightly dubious going in.

Thankfully, my concerns were unfounded! This tea starts off slightly vegetal for the first couple steeps before transitioning to a mushroomy sweetness which I found downright pleasant. Sometimes that flavor manifests itself with a sour timbre, which as a flavor really puts me off. This one was nice and sweet. I didn’t pick up on any mint as the description or other reviews have noted. Despite the main sweet note, this tea had a strong underlying bitterness for the first half of the session. For much of the session, that bitterness was accompanied by a bit of a fruity flavor. I would definitely not call it apricot – it wasn’t even sweet. An interesting and stimulating fruitiness – kind of like just the rind of some stonefruit maybe. Much like other teas made from high quality leaf, the session finished with around a half dozen or more steeps which were incredibly soft and sweet, free of any astringency or bitterness which characterized the earlier part of the session. These steeps not as interesting, but they are a great way to end a session.

Aside from a pleasant flavor, this tea was no slacker in the texture and qi departments. I found the texture pleasantly thick – more brothy than creamy or oily, though the aforementioned late steeps were slightly creamy in nature. I very much agree with the description on Yunnan Sourcing’s site which characterized the qi as “strong but not overwhelming.” This tea had a pretty intense mellowing effect on me, at least in the first half of the session. The first few steeps first made my mouth feel tingly, before it got slightly numb. I felt almost like I was at the dentist with my mouth all numbed up. It was an interesting sensation.

This tea was a really good random sample selection – good job, me of a few months ago! When/if the budget allows, this is a tea I would certainly consider picking up a cake of. At $60/400g, it is a sort of mid-level price. It’s not as easy to pick up as, say a $25 cake, but it’s a very good value. I really would say this one punches above its weight.

This one is nice. It’s not very complex but is quite different from Scott’s other Jinggu teas.

Awesome! I told you that this had a different dimension to ‘mushroom’, I like this one a lot too, but this and Qing Mei Shan are two worlds apart even when they do have some notes that look similar on paper. :D

Ha! So you did :) Had to go look at that note to remember what you told me. Good call lol.

I’m surprised you didn’t pick up mint or menthol cooling, as I found that to be a defining trait. A very interesting tea to have on hand.

I did see those notes in YS’s flavor description, but didn’t really get much of any of it. I suppose we all have different tastebuds and water, and a million other different variables lol.

I’m always surprised how big of an impact water has on my tea drinking experience.

Water can make or break a tea for sure. Also depends on what you expect from those mint notes, I get them most up front in the scent of the leaf and initial herbal note, then nothing until all the way to the end where you get that very rare camphor from young tea. I’m not sure how’s your water but if you think it is on the softer side you can try it by adding minerals to it.

Well this is different. Scott uses the descriptor “mushroom-y” about three times in the description on his site, so its hard not to think of that… It’s certainly more earthy and less fruity/flowery than most fresh shengs, there’s a hint of garden soil, lots of mint, and it’s bitter enough to hold my attention. As with the rest of Scott’s 2015 teas, it feels very clean. I can’t find any evidence of smoke or wok charring, and it’s very smooth and buttery despite leaning more towards the savory side of the flavor spectrum. Good stuff overall.

Except for the small expensive Yiwu’s, I think I’ve had all the sheng now…

I thought this one was pretty solid. Great cha qi and body. I don’t like “mushroom” as a descriptor for a flavor in my tea. It’s actually a turn off, reminding me of the fermentation flavors from shu pu. I think this one is closer to earthy than mushroom soup. I’m a fan of the cooling aspects of this tea.

I didn’t feel like doing a whole gong fu thing tonight, so I just did a few lazy western steeps – 5 grams, 8 oz of water, and 3 steeps ranging from 30-45 seconds each.

This tea smelled really interesting right after it was rinsed. I sensed a deep, earthy, sweet smell that reminded me – of all things – of toasted marshmallows. Thinking about it more closely, I suppose that was the nuttiness I was reacting to.

I didn’t get much mushroom flavour out of this, but it was nutty (walnut and almond skin, I think) and vaguely fruity. Smoky. A little astringent. I was sipping this while writing up the second draft of some website copy for a freelance client. Glad to have one smaller thing off my plate (and a small serving of tea in my cup!)

PS: Thanks, ubacat for sending this to me! Sharing a tea box with you has been so fun.

Instead of starting off my morning with my typical peppermint tea, I thought I would try this tea since I’m working from home today. All I can say is Holly crap! This tea has kick! I’m used to my herbal tea gently hydrating me and then having a green tea later.

First off I used a bit of leaf on this one which is typical for pu-erh. Dry it does smell a bit minty and mushroomy as they describe in the tea details. It brews up an amber colour . There was a bit of apricot & mushroom. Quite pleasant tasting and not much bitterness at all.

The first cup gave me too much energy so afterwards I went and took less than half the leaves I had already used (Why not? It’s my tea.) and still brewed at 10 seconds. Ah, yes, this is my tea now. Juicy mouth feel with apricot. I’m not getting much mushroom in the lighter steeps. The brew is still a slightly dark amber. I’m also getting a slight buttery or nuttiness to it that I didn’t get on the first strong steep.

If I had a cake of this tea, it would last forever since I prefer to brew it light and it doesn’t require much leaves for that.