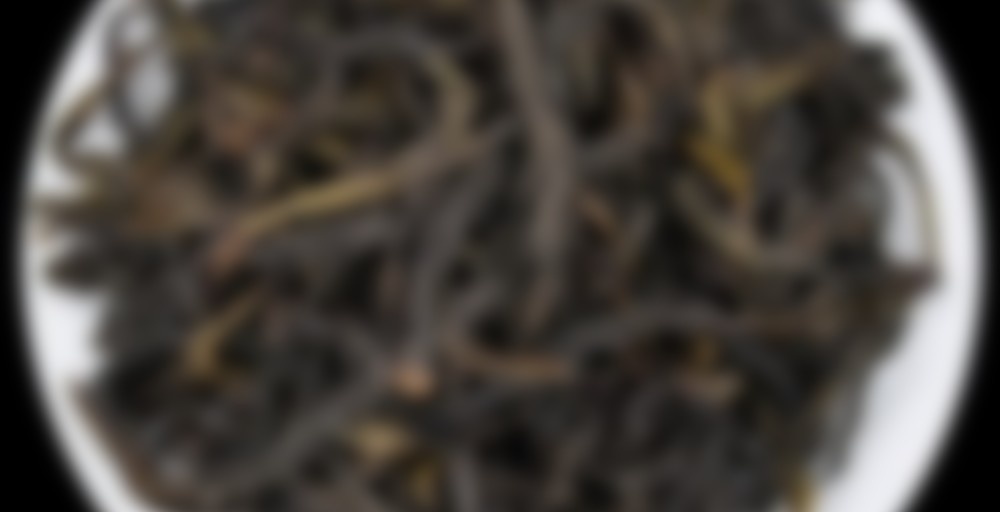 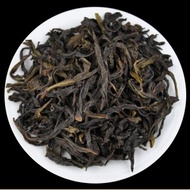 Beautiful aroma of cacao on the nose.

Liquor is a yellowy-amber colour. I get notes of tart stonefruit, similar to a Dan Cong oolong. Fruitier than Yunnan Sourcing’s regular Da Hong Pao, but just as delicious.

Initial brewing at 193˚F was not hot enough, probably should start at 197˚F for this one.

- I got the 2016 harvest and it’s just an amazing Tea. Perfect Fruit to Mineral/Roasted balance – since there’s alsmost no roasting noticible (after a year). It somehow left the typical DaHongPao-ness and became an awesome DanCong. I love those Rock Bridges.

This was the third tea in a gift set sent to me by a tea friend from Yunnan Sourcing. The first two teas were pretty bad, so I hoped this tea would be the one to save the day.

Upon the first aroma I was pleased to smell no flaws. The tea smelled light, with a little roast; nothing too impressive but nothing as horrible as the last two.
The taste more or less matched. A light roast with notes of orange, reminiscent of Qi Lan. This was the typical middle of the road roasted tea, no flaws but no great attributes. As I was tasting it though there was something off that I couldnt figure out then I realized it, this tea had no body. A main component for wuyi wulongs is their body, and yet this tea had none. I was basically drinking roasted water. I steeped it a second time with a slightly longer time to see if something would change.

The second steep provided some texture, another thing lacking in the first, but once again very little body. Another review called this tea perfumey and I think they are spot on. I think all this tea has is aroma., there is something else to it. There is a bit of funkiness to it as well.

For this tea I’m going to stop on the second steep cause I know nothing else is really coming.

Final Conclusion:
Besides for a small funkiness this tea had no flaws. That being said it had no positive attributes either. It’s like a normal guy who stands there doing nothing, whose breath kinda stinks.

Too smoky for me. I would call it a medium roasted in terms of flavors. Peachy in the aftertaste which is preatty long lasting. The size of the leaves is not very uniform, but I would say that in general is medium size for a Da hong pao.

Im reviewing this again as this time drinking it im getting totally different flavour & aroma than before, and after re-reading my review I wanted to add a few things -

I’m getting a lovely almost Ya Shi velvet perfume, with a soft sweetness. Grandpa style Ive had my nose in the cup just inhaling the aroma. I really cant describe what it is but its so nice I had to mention it as I didnt notice it before and I dont know why.

It just has something really special and lovely about it, a bit fruity, not citrus but deeper. A bit nutty, ever so slightly roasty, savoury but sweet, thick with a nice aftertaste, a slight acidity. Its not like im being punched in the face by the leaf, I think I needed to drink it quite a few different times to totally appreciate it, as this isnt a type of tea I have tried before a few months ago, and is soft and subtle so its a bit humble in how it comes across. I didnt pick up on how perfumed it was before.

Defo not a tea for all occasions, but at this moment in time it was perfect. Its really ‘leafy’ tasting. Purple leafy too. nom