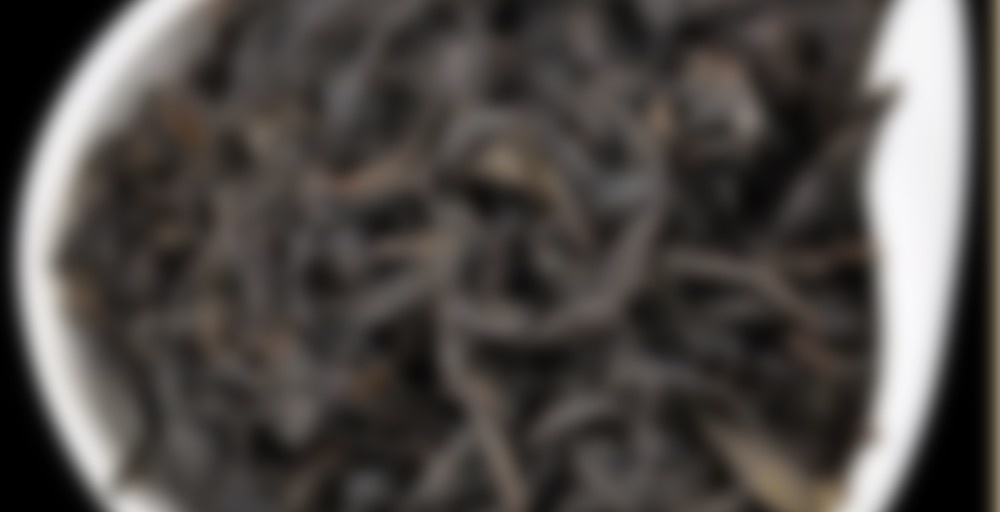 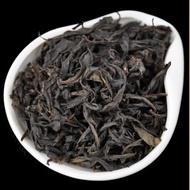 Ai Jiao Oolong (aka Dwarf Oolong) is a special varietal called C.sinensis cv.Aijiao-wulong that originates in Dongfeng village (Jian’Ou Township) just to the south of Wu Yi Shan and which is also the home of “Qing Xin Oolong”. Our Ai Jiao Oolong is first flush of spring 2015 pick, grown from 120-150 year old bushes growing in Zhu Ke mountain area to the west of Wu Yi Shan township.

The taste is mild and mineral with nice thick body and sweet after-taste. There is a dried fruit sweetness that is hard to place exactly which makes this a totally fresh and unique tea to enjoy and compare with the more classic Wu Yi varietals.

I’m a bit late getting into wuyis. It’s taken time to appreciate their subtleties, but YS sales made it easier for me economically to take advantage of their decent selection. This is the 3rd wuyi I’ve tried so far and I like it much.

The dried leaves have a deep, slightly sweetened mineral/autumn leaf and charcoal roast aroma. Their curly shapes remind me of crispy bacon strips. The tea liquor is a lovely Halloween-y orange (I don’t even like this holiday, but it’s always fun to be festive).

Among the first things I noticed were that the roasted flavors were beginning to wain and its subtleties were coming to the fore. There were pleasant notes of cherrywood, dried mint (the kind you get from celestial seasonings’ mint teas), classic wuyi mineral sweetness, caramelized brown sugar, and some dried fruit in the background which became more prominent on the 3rd and 4th steeps. Vibrations of the tea soup spread throughout my mouth and lingered for some time. I’m a happy man this morning.

I pushed the later steeps for 45 seconds to 1.5 mins each revealing more notes of brown sugar and mineral sweetness. These later steeps were felt particularly in the throat. It went for about 8 tasty steeps, but could have gone more had flash steeped the first 3. The cha qi is powerful and is causing a bit of a buzz.

Thank You Boychik for this sample. This tea has a strong note from the charcoal roast. Not sure how best to describe the note that developed once this charcoal note was history, but it was fairly nice. I am still not a huge fan of Rock Oolong teas but they are beginning to grow on me. I did like this one in the end. Gave it eight steeps.

This one is growing on me as well. Nice caffeine boost!

A pleasantly toasty rock oolong. The initial dry leaf is quite smokey, in a wood-fire way. The rinsed leaves bring in some buttery and grassy tones. Upon steeping, the aroma off the leaves is a good bit sweeter with hints of floral. The mineral flavor of the brew is most dominant with some spice-like tones, a tiny bit of sweetness, and just the faintest hint of a fruited and floral aroma that is most easily recognized at the bottom of the empty cup. This might be fun to stock up and and watch it change of a few years.

Edit: Revisiting this, it is interesting how my taste has changed. This no longer is coming off as overly smokey as it initially did, and has also grown on me quite a bit. I’m often grabbing this over YS’s spring 2015 Qi Lan, which has been my favorite for quite some time!