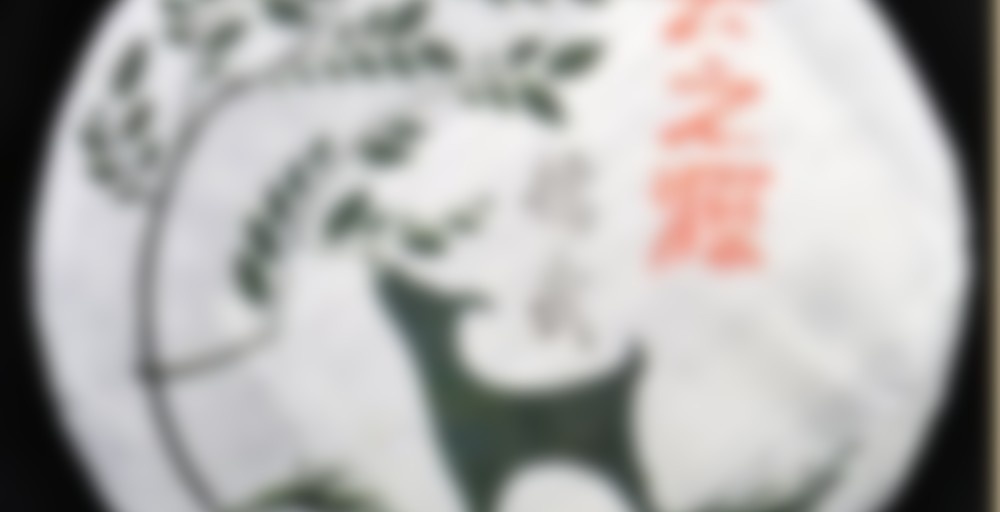 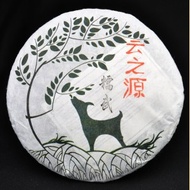 The Nuo Wu Village tea garden tea trees where our material comes from are 80-200 years old and grow naturally without human intervention. The trees are typical Mengku large leaf varietal that have grown in this area of Yunnan since ancient times. The leaves are olive green, thick and stout. The brewed tea is thick and sweet with bitterness that fades and transforms into something cooling and lubricating in the mouth and throat.

A total of 40 kilograms in total was produced. We pressed these tea cakes with a stone-press and used low-temperature drying to preserve the integrity of the tea.

Up today is the cousin of last week’s tea, Autumn 2015 Nuo Wu Village, another young Bing Dao are sheng from last fall’s harvest. I let the rinsed leaves steam in the gaiwan for a moment before taking the first whiff, which is deeply pungent, earthy and fruity. The first infusion is just as it should be; textured and sweet with fruit and tobacco tones. It is also bitter and forward in the best way, and not at all without aftertaste lingering throughout the palette. I love the look of the leaves right now as well, alternatingly light and dark green with lots of buds and stems.

The second infusion is probably creamier, and much of what I wrote last week about the Ba Wai is applicable here; the tea is vibrant, oily, and bitter, with notes of tobacco, diesel, wild grass and tropical fruits. I find the third infusion to be just a little fuller and more mellow. There is a relaxing and stoney cha qi (tea energy) that accompanies this cup as well, which serves as a contrast to the active and intense flavor profile of the tea.

On steeping four the tea continues to mellow, like a fast and turbulent mountain stream settling into a wide and meandering flatland river. This probably a cake I would let age a year or two (or ten) though before really getting into it; it’s just a little bit of a rough ride, even this many steepings in, with its intensely raw flavors and vibrant green leaves (this coming from a guy who likes it raw, too). There is astringency (not bitterness) in steeping five, so this will need to be worked out a bit… Of course that’s just what one is getting into when drinking tea that hasn’t even had a year to sit. Maybe I’ll try to snag one of these before the price jump in autumn, because a full year of aging makes a big difference in my experience. I’m unfortunately though not currently in the market for tea to age (got enough of that I’m still waiting on to see how my storage conditions are. Might do a bit of a write up on that this coming fall).

Still, this tea is really something, just a hair too raw still for my tastes. Maybe more mellow Yiwu teas like Ge Deng are drinkable this young, but kick-you-in-the-teeth-Mengku-pu might need a little more time to settle into itself. On the later infusions, I’m enjoying some musky floral notes that call to mind the trees that are just starting to flower here in Colorado. It remains thick and bitter, which, as I’m told, bodes well for aging. Really this is a tremendously complex tea, and a really good find from Mr. Wilson at ye olde Yunnan Sourcing.

This tea starts off quite floral with a nice green olive note, hay, a hint of wood/nuts, and a fresh green spice that isn’t quite grassy. It has a huge minerality that builds over each brew. The first sip is initially quite thin but the mouthfeel and mouth characterstics build with each sip and each brew. light bitterness with a solid cooling and lingering sweetness.

My only qualm with this tea is it is extremely drying, it has a huge burst of minerality which is very drying – almost metallic/ astringent. This trait stayed with the tea throughout every brew, and became stronger as some of the lighter flavors faded.

Qi is pretty heady and stays for a good amount of time.

I’d take the bang dong anyday over this.

Heavy steep: skipped due to mild bitterness in first steep :(

All in all this tea could use some aging. Still a great tea though.

I need to try more of Scott’s autumn offerings… Are there any others that you have tried?