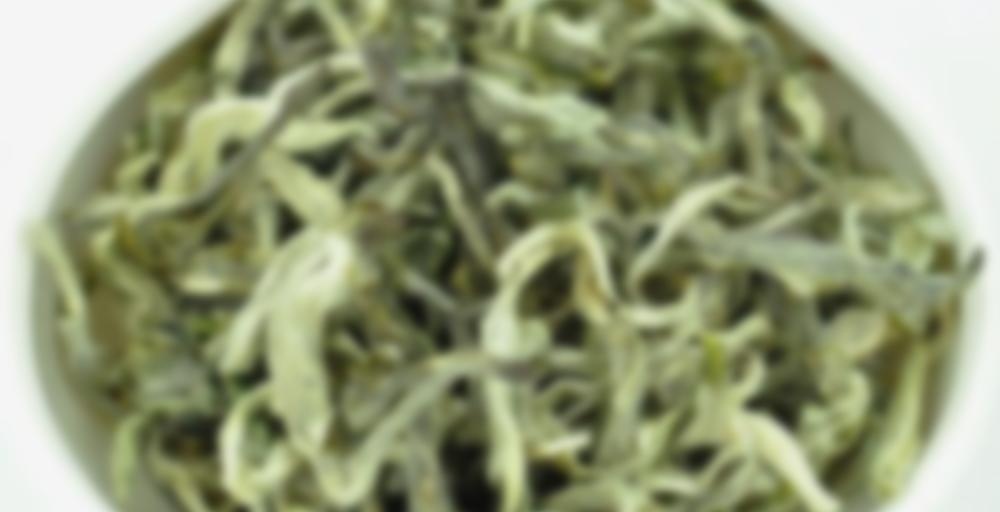 Leaves are thick and stout and brew up a very thick tea soup that can be infused many times.

A nice lively green tea with sweetness but with some depth to it.

One of the many 2017 green teas I have been working on finishing up lately, this ended up being an odd, yet also very enjoyable drinking experience. I hated this tea the first time I tried it, and that was surprising to me considering that I normally love Yunnan green teas. As days passed, however, this one steadily grew on me. By the time, I finally felt comfortable with it, I only had one serving left. In a lot of ways, this was a temperamental and sensitive tea, though it also displayed admirable complexity, depth, and longevity on the nose and in the mouth.

I prepared this tea gongfu style. After a very quick rinse, I steeped 6 grams of loose tea leaves in 4 ounces of 176 F water for 5 seconds. Yunnan Sourcing recommends a temperature around 185 F for its green teas, but I am used to water temperatures around 175-180 for most Chinese greens, so I went with what I knew. The initial infusion was chased by 14 subsequent infusions. Steep times for these infusions were as follows: 7 seconds, 9 seconds, 12 seconds, 16 seconds, 20 seconds, 25 seconds, 30 seconds, 40 seconds, 50 seconds, 1 minute, 1 minute 15 seconds, 1 minute 30 seconds, 2 minutes, and 3 minutes.

Prior to the rinse, the dry tea leaves emitted mellow aromas of grass, corn husk, and lemon zest. The rinse brought out hints of malt and nuts on the nose. The first proper infusion then introduced some subtle hints of lettuce and spinach. In the mouth, the liquor initially offered mild notes of malt, cream, corn husk, grass, lemon zest, and lettuce underpinned by hints of nuts and spinach. Subsequent infusions brought out impressions of straw, honey, hay, minerals, seaweed, orange zest, and lime, as well as more distinct notes of peanut, hazelnut, and chestnut and a slightly salty, brothy umami presence. I also noted hints of wood, sour apricot, smoke, garden peas, and sugarcane in places. The later infusions offered dominant mineral, malt, and cream notes balanced by lingering traces of grass, seaweed, corn husk, nuts, and citrus.

There was a lot going on in this tea, but it took some time and effort for me to get it dialed in. I think lowering the water temperature helped with this one tremendously. When I tried it at a higher temperature, the liquor was less aromatic and flavorful and considerably more astringent. To be fair, the higher recommended water temperature may work for some people, but it did not do it for me. I would also recommend that this tea be either prepared grandpa style or gongfu. I only tried it once, but brewing this in the Western style yielded a much flatter, less dynamic tea liquor. Overall, I greatly enjoyed this tea and would recommend it to fans of traditional Yunnan green teas, but I would do so with the caveat that this tea will likely not be for everyone as it can be a bit difficult to both brew and appreciate.

50g and many cups later.

Just when I thought I’d got the steeping parameters right the next brew would be bitter.

Really this is a note for myself in case I try it again and find the sweet spot.