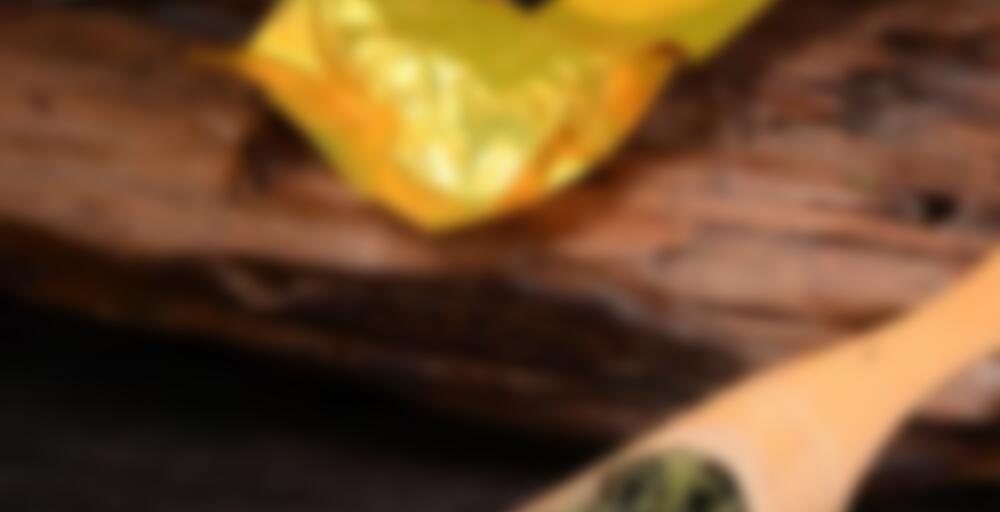 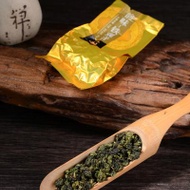 This is the highest grade of Tie Guan Yin we have ever come across. It’s unique to Gan De village and cannot be beat in terms of taste and aroma. It can be infused many many times each time yielding a distinctive thick “Guan Yin” aroma and taste. Expansive in the mouth and throat. Grown naturally and hand-processed at every stage makes this tea best of the best!

Limited to just 7 kilograms in total.

Comes pre-packed in 7 gram individual packs. Each pack has two layers two seal the tea in and ensure freshness. We recommend you store in your freezer sealed in plastic until the time of brewing.

Color and style of outer packaging shown in the pictures may differ slightly from that given.

Going into the posting of this review, not only did I need to take a break from reviewing black teas, but I also needed to make additional progress on clearing out the backlog. Due to these two factors, I decided to move ahead in my review notebook and complete a Steepster review for this oolong. I finished a sample pouch of this tea back around the end of May or the start of June. Naturally, I did not date the notes from my review session, so I cannot pinpoint a more precise date. I suppose I’m kind of a veteran when it comes to reviewing jade Tieguanyin oolongs at this point since I have tried a fair number of them over the years. That being said, this struck me as being an excellent example of a jade Tieguanyin. The mouthfeel of the tea liquor was rich and thick, and the tea’s floral, fruity, savory, and vegetal qualities were very admirably balanced.

Prior to the rinse, the dry tea leaves emitted aromas of butter, lilac, violet, and sweetgrass. After the rinse, I noted new aromas of saffron, cream, honeysuckle, parsley, watercress, and cinnamon. The first infusion then brought out aromas of baked bread and vanilla. In the mouth, the tea liquor presented notes of cream, butter, sweetgrass, watercress, and parsley that were quickly chased by saffron, cinnamon, and vanilla hints on the swallow. I even thought I detected a hint or two of osmanthus accompanying them. Subsequent infusions saw baked bread, lilac, violet, and honeysuckle notes somewhat belatedly emerge in the mouth. The nose became a bit more vegetal and buttery on many of these infusions, as impressions of sesame and roasted barley appeared. I also noted some subtle impressions of pear, apricot, and tangerine on the nose. In addition to the previously listed flavor components, the tea liquor introduced impressions of tangerine, pear, sesame, roasted barley, and apricot to go along with simultaneously emerging notes of lychee, honey, and minerals. The final infusions were dominated by mineral, cream, and butter notes, though some lingering impressions of sesame, pear, and apricot could still be found, contributing the expected pungency to the tea’s finish.

If I were to seriously sit down and list the components of what I feel make a strong example of a jade Tieguanyin, I would be more or less describing this tea. As autumn jade Tieguanyin oolongs go, this was very nice. It did not skimp on anything, as everything that I would expect to find in a tea of this type was there. Lately, I have noticed that a lot of jade Tieguanyin seems to go out of its way to avoid the pungency typically associated with the oolongs produced from the cultivar, but this one thankfully did not shy away from it. An excellent example of a jade Anxi Tieguanyin, I will definitely be acquiring some of the more recent productions for the sake of comparison.