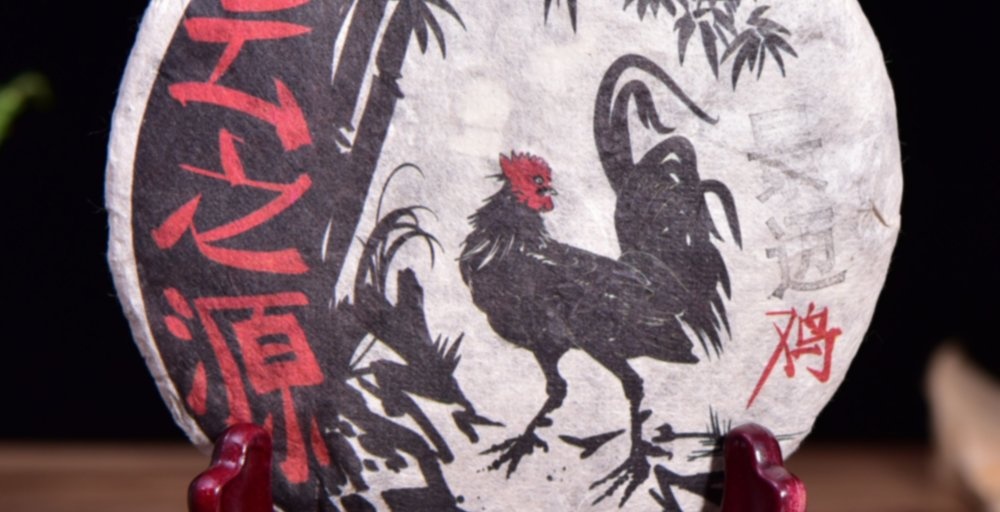 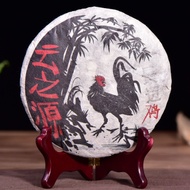 by Yunnan Sourcing
72
You

Jing Mai Mountain is situated in Lancang County of Simao (now renamed Pu’Er) prefecture. Jing Mai teas are incredibly unique as a large portion of the tea trees are a unique natural hybrid of Assamica that are referred to as Mixed-Leaf varietal (中小叶种). They are tippy, with smaller and shorter leaf/bud sets than pure assamica. This adds to the sweetness and aroma of the tea immensely.

Our production is from Wan Mu area of Jing Mai and age of trees varies from 60 to 200 years. The trees grow naturally and are not sprayed.

Wrapper Design by “Monk Maximus” of the United States

This tea has been tested in a certified laboratory and has passed the MRL limits for pesticide residues as established by the EU Food and Safety commission.

The handful of young raws I’ve had from Jing Mai in the past have all made me conclude that I didn’t particularly like the general characteristic they shared. Despite this I actually bought a cake of this particular tea blind back when it was released. Why did I do this? There were two influencing factors. First, my track record with Yunnan Sourcing brand raw pu’ers has been generally very good. I tend to like the kind of teas Scott sources. Second, before this tea, I believe Scott hadn’t pressed a Jing Mai tea since 2013. For him to decide to press this one and especially at such a high price point for Yunnan Sourcing, that gave me confidence that if there was any Jing Mai I might like, this one had hope.

As Jing Mai is famous for its fragrance, but pu’er processed for the longterm generally requires time to develop fragrance, it was obvious to me to give a tea like this at least this much time before trying it out. Since my precious little cake is intended for storage, I went ahead and ordered a sample for this session to avoid having to break into it. This also makes my notes more comparable to those ordering a sample for themselves as it removes the influence of over a year in my own storage. Surprisingly, what I received was essentially just a single piece of the cake. I’m used to receiving my YS 10g samples totally loose. Fortunately I knew from experience to weigh mine, because my scale ended up displaying 11.4g. This was just about the perfect amount for my 165ml silver lined gaiwan, so that’s what I ended up using.

I gave the tea a brief five second rinse followed by a five minute rest while I sipped the wash. The compression on my piece at least was quite tight compared to what I’m used to seeing from Yunnan Sourcing, but I could have been dealing with a part closer to the center of the bing, although I couldn’t tell. Because of the tightness, the wash was essentially still quite light and watery, but already nice and oily though. There was a nice, floral aroma in the finish, possibly jasmine. Really wonderful finish. I proceeded to do a total of nine infusions, the timing for these being 7s, 7s, 10s, 15s, 20s, 30s, 45s, 75s and 2 min.

The tea started off soft, oily and floral — unlike any other Jing Mai I’ve had. Absent were the honied and strong mineral notes and instead it was like drinking nectar from a bouquet of flowers. I’m very unfamiliar with flowers, but I’ve had jasmine tea a few times and I’d say for me jasmine is one of the most prominent floral notes in this. The tea left a nice lingering floral sweetness in the mouth. Had this been served to me blind, I don’t think I would have guessed Jing Mai. The softness made me think of lighter, gentler Yiwus or perhaps Xigui. So far I was quite impressed, and surprised.

Whereas the first infusion was still quite light, the second one was already quite strong. You wouldn’t necessarily expect that from a tea with such light, delicate and subtle notes. But that’s Scott for ya, he likes to source strong teas, and I like to drink them. If the tea had still been somewhat subtle in the first steep, it was now full on floral. It was an amazing experience to drink and produced a nice tingling sensation at the back of the mouth.

By the time I got to the third steep, my tongue was already so covered with the various compounds from the tea that I could basically taste it just by bringing the aromatic soup to my mouth and breathing in through it. The flower fest continued, but now there was also some underlying young raw earthiness present. This earthiness rose to dominate the tea in the fourth infusion, while the flowers continued their strong presence in the finish. While a bit thinner than before, the tea was still quite, quite strong. After finishing the cup, it felt like the tea was massaging my throat, which was really nice.

The tea became slightly dry and almost dirt-tasting in the next steep. Dry in a good way. This developed even further in the sixth infusion, which was really refreshing and juicy to start with and then turned dry in the finish. This created a cycle of you wanting to drink more and more tea. Both the taste and body feel were wonderful, euphoric almost. Mmm, so good.

The juicy, refreshing and earthy character continued in the seventh steep, but the jasmine from the beginning was now back or at least revealed again from underneath the earthier tones, unearthed you could say. The Jing Mai finally began to fall off in the eighth infusion. It was still quite strong actually, with some sweetness now beginning to emerge, but the tea was clearly in its twilight now. There was actually still a very decent amount of body, more than your typical pu’er at this stage. Very strong lingering aromatics as well. I could have easily still carried on after the ninth steep, but the tea was beginning to approach your standard leaf juice, and while there was still plenty of flavor and the tea wasn’t watery at all, I expected things to only be downhill from there and so decided to call it there.

This is yet another case of me making a very fortunate blind purchase. I couldn’t be much happier with this tea. The quality is very high and the experience was quite unique among the ones I’ve had. This is most certainly the most floral tea I’ve had and no slouch at all in terms of strength. A great demonstration of how delicateness and subtlety don’t mean a tea has to be weak. Fans of high-end Yiwu will be right at home with this tea and while it does not compete with the best of the $1/g teas, it is very competitive at its price point. With this kind of quality and strength, I would expect a tea like this to age beautifully.