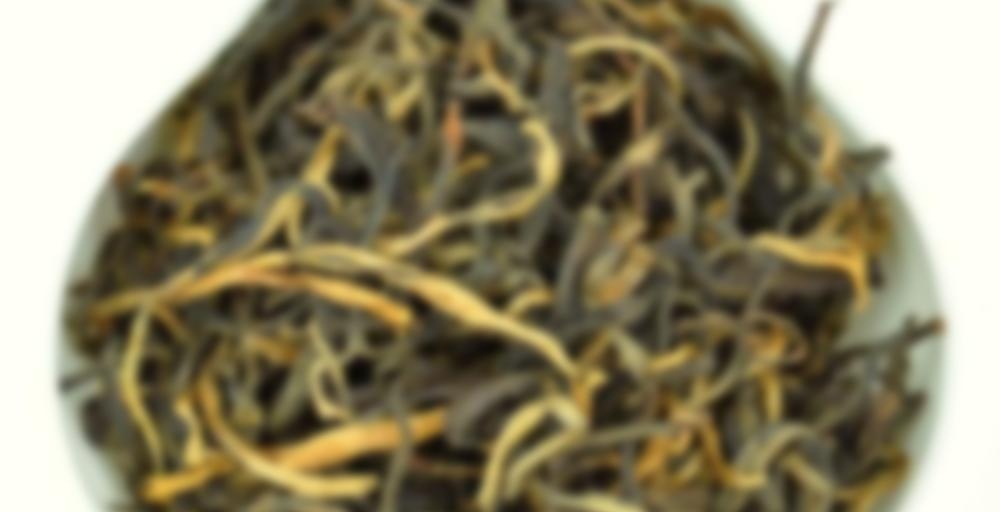 Spring harvested tea from pure assamica tea trees growing in Guang Bie area of Bu Lang Shan in Menghai county of Xishuangbanna.
Bu Lang Mountain teas are well know for producing world-class ripe and raw pu-erh teas because they are strong and bitter with a sweet finish. The idea of making black tea from pure assamica is long-standing tradition. It was probably originally done for teas that wilted too heavily to be processed into pu-erh mao cha, so were allowed to wilt longer and then were processed into black tea.
Our Bu Lang Black Tea is a joy to drink. Lively and deep it will go many infusions without getting boring or flat. With some age it will continue to develop complexity for several years!
Spring 2017 harvested
Location: Guang Bie Village in Bu Lang Mountains

Yes, I am still alive and still capable of writing. I keep having to tell myself that. It seems that I get more pleasure out of reading the tasting notes of others and commenting on them these days than I do writing notes of my own. Anyway, I have been aware that I needed to get back to writing for a few weeks now, but I have honestly just been too lazy to do it. Now that I have spent a good deal of time finishing up some of my remaining 2017 teas, I figured that I could not let my backlog grow any further, so it was time to get some reviews out of the way. This was a tea that I forgot I had, and when I found it in my tea stash, I just had to start on it. It was a very nice, mellow black tea that somehow held up remarkably well in storage.

This was an incredibly pleasant, aromatic, and flavorful Yunnan black tea. In truth, I am probably underrating it a bit, but a score in the mid-80s just felt right to me when I was drinking it, and it still feels right to me now. I have had better, stronger, and more challenging Yunnan black teas, but this one was so pleasant and so easy to drink in its maturity that I could not even dream of being disappointed by it. If you are looking to acquire a very good, very likable Yunnan black tea with your next Yunnan Sourcing order, strongly consider seeking out the newest harvest of the Bu Lang Mountain Black Tea from Menghai.

Happy to see your tasting notes again. I completely undestand you that reading others is better than trying to write myself a tasting note. But maybe you should make the tasting notes shorter, or care less about all the flavours and aromas it brings on. Writing shorter tasting ontes, as I do for instance. But it is certianly you and your notes :)

A really satisfying black tea that has a balance of all your favorite hong cha flavors. An assertive dark caramel sweetness, stewed fruit sour-sweetness, and a little roasted nuttiness. Noticeable spice notes of white pepper and maybe a little horehound. Very dynamic on the palate. This one just jumped to the top of my repurchase list.