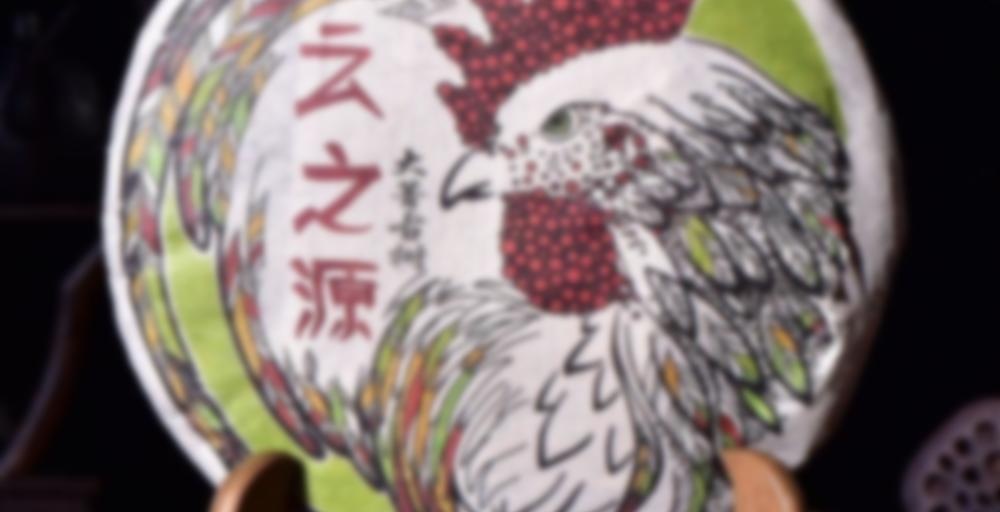 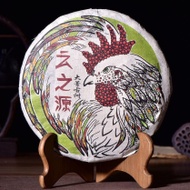 Da Qing Gu Shu (Da Qing Old Tree) is my favorite tea from Spring 2017. It’s made from old tree tea leaves picked from the first flush of Spring. Da Qing village is located in Jinggu county and is a remote village with unadulterated tea trees growing in the nearby hillsides. The leaves for this production are from one family whose trees are the oldest in the area. The age of the trees between 100-300 years old.

The tea is perfectly balanced and is very stable through many infusions. Bitterness, astingency, sweet, spicy and floral all at once with long lasting taste and feeling in the mouth, throat and body long after drinking it.

3rd (20s, 96˚C): Wet leaf smells of fresh tangy fruit like yellow plums. Liquor is more of the same slightly bitter mineral spring water – pleasant and drinkable but I’m not getting anything exciting. Tastes refreshingly sour when I drink it to wash down the baked goods. On its own it’s wonderfully solid and well-balanced, spiciness is really coming out now.

4th (28s, 97˚C): WL same green grapeskins scent. Pleasantly astringent (never thought I’d say this abt a tea!), spicy and woody. Ooh I even got a mouthful of fruitiness on my last gulp! It’s like sour, watery wild honey and astringent all at the same time. Goes so well with the muffin.

After having quite a lot of sessions with the 2016 Autumn Da Qing Gu Shu (which I have a cake of), I decided to sample the spring version from the following year. As such, I will inevitably be comparing the two. Overall, I think I prefer the autumn version by a little bit, but both are quite good.

The dry leaf smell here is floral and creamy, similar to the autumn harvest but unsurprisingly weaker. From the wet leaves, I get an aroma of forest floor, tobacco, and bog. It is also slightly nutty and grassy at times.

I found the taste of this tea to be very well integrated in the sense that nothing really sticks out, but at the same time it is not flat. It is vegetal and more bitter than the autumn one. There are flavours of rapini, hops, pasta, bread crust, spinach, and spices, among others. The aftertaste is then sweet in the mouth and sour in the throat, just like the autumn version. I noticed a thyme flower note, as well as a black pepper spiciness that emerges after a while.

The mouthfeel is less smooth then in the autumn tea I think. It is also more watery, but still somewhat oily in mid infusions. It gets more drying and throat-constrictive in the second half of the session. The cha qi subtle and enveloping, nothing very strong, but quite nice. I also found the tea to be quite heavy on the stomach unfortunately.

I was very unhappy with this tea and originally just gave it a score of 38. Sorry, I don’t recall the reasons why. I have just upped my score to 55 as it is not bad used as a cold water infusion.

‘The tea is perfectly balanced and is very stable through many infusions. Bitterness, astringency, sweet, spicy and floral all at once with long lasting taste and feeling in the mouth, throat and body long after drinking it.’

Couldnt have put it any better. Oh, it’s bitterness is very elegant, and the fruit is quite a good one too. everything is melded together in a really nice way.

Have you tried previous harvest years of this tea? How would you compare them?

I only had it in the tea club so I cant compare unfortunately. I was actually racking my brains last night trying to think about how i rated it & cant find a review, steepster may have eaten it. Also the autumn version I have no recollection.

You should try it – the balance is so that nothing sticks out as being its flavour, but it still just tastes really good. maybe berries as the fruit but the others I cant tell yet

I have sampled the 2015 spring and purchased one 2016 cake. I found the latter more pungent and concentrated, while the former was more watery. It’s a real value buy. Since the 2016 is superior in this respect from the 2015 pressing, i’m keeping an eye out for reviews. However, I now realize that it might be too soon, as these teas only really settle after 6 months of their pressing.

Thats interesting, because I have been thinking this one must be better than last years because it tastes so good. Although I have no way of proving this because I cant find my review