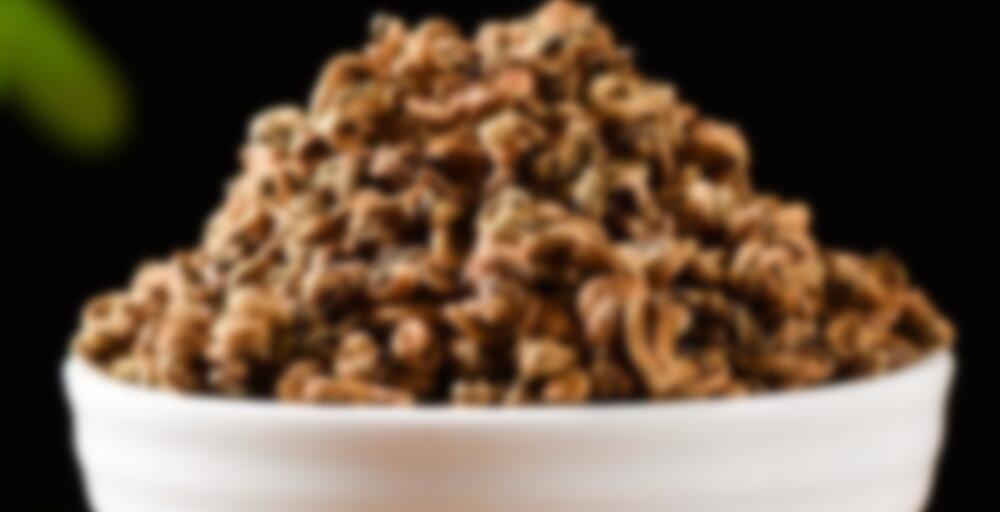 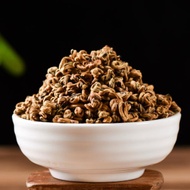 This is the purest gold bi luo chun black tea we have ever offered! Just the buds from first flush of spring harvest tea leaves growing in Feng Qing were picked and processed without the slightest inconsistency into this elegant pure gold black tea. After the tea was processed into the finished tea, the tea was hand picked through to remove any tea that was not perfectly shaped or not pure gold in color. The result is a very elegant looking tea that not only looks amazing but is very smooth to drink as well.

The brewed tea is sweet, with notes of malt and roasted sweet potato. Being from Feng Qing it also has a earthiness to it, but it’s very subtle. Mostly the tea is sweet and malty, while being thick and full bodied in the mouth. It’s also worth noting that this tea is very infusable, surprisingly so for being a pure bud pick.

Since I’m currently house sitting and have some free time, I figure I may as well dash off another review or three. As of yesterday, this was my most recent sipdown. I have a few other teas I’m working on and will probably finish within the next couple of days, so I wanted to review this one while it was still fresh in my mind. As Feng Qing black teas go, this one was very good and surprisingly subtle. I, however, would be more likely to reach for some of their other offerings with greater frequency.

Prior to the rinse, the dry tea buds emitted aromas of malt, marshmallow, pine, and cocoa. After the rinse, I detected aromas of sweet potato, sugarcane, and cream accompanying an even stronger cocoa scent. The first infusion brought out aromas of cooked green beans, caramel, cinnamon, and fennel. In the mouth, the tea liquor offered notes of malt, marshmallow, cream, butter, cocoa, and sweet potato that were chased by subtler impressions of pine, fennel, sugarcane, baked bread, and roasted almond as well as a slight earthiness. Very subtle, cooling hints of eucalyptus and horehound were also present in the aftertaste and nowhere else. Subsequent infusions brought out aromas of baked bread, earth, honey, roasted almond, eucalyptus, and green bell pepper. Stronger and more immediate baked bread, roasted almond, and pine notes appeared in the mouth alongside impressions of cooked green beans, caramel, celery, honey, minerals, and green bell pepper. I also detected hints of black pepper, cinnamon, orange zest, celery, and candied ginger. There was something of a stronger earthiness too. As the tea faded, the liquor emphasized lingering notes of minerals, earth, malt, cream, pine, and marshmallow that were chased by fleeting hints of roasted almond, butter, celery, cocoa, baked bread, and orange zest.

This was a very complex and interesting black tea. I feel that I probably could have gotten more out of it with a little more time and patience, but unfortunately, I have had a lot on my plate this week, rendering my ability to do lengthy, in-depth gongfu sessions very limited. For a Feng Qing black tea, this was very smooth and subtle, though it retained many of the little quirks I associate with their work. If I were just beginning to get a feel for such teas or entirely new to them, I would not want to rush into this one due to its subtlety, quirkiness, and ridiculous depth and complexity, but those who are familiar with Feng Qing black teas and appreciate them would likely find a lot to like about this tea.

Smooth and sweet, hints of pepper with a honey aftertaste. Liquor is deep orange.