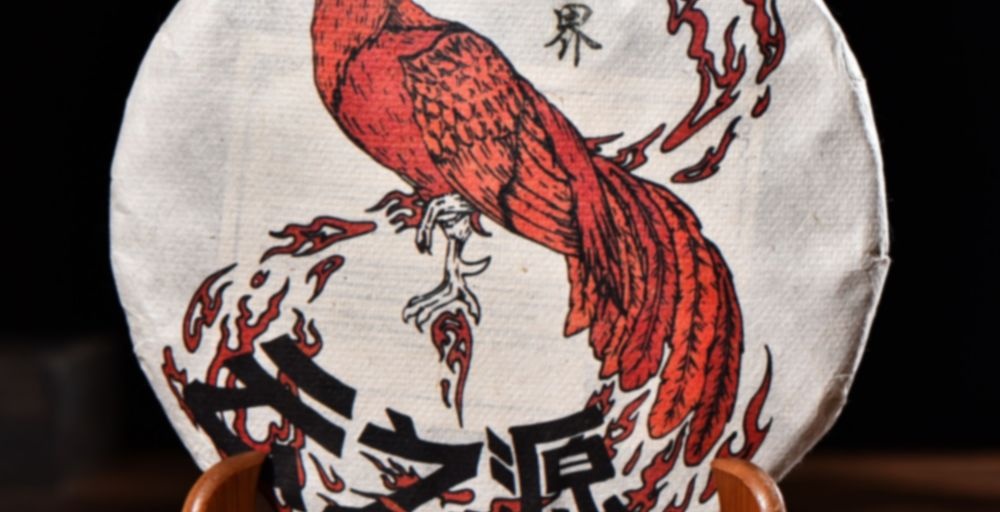 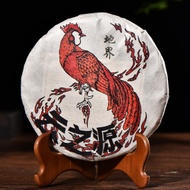 Di Jie Village 地界 is in the area of Bingdao in Mengku area of Lincang. Di Jie Village is well-known not just for its proximity to Bingdao, but also for old tea trees which produce powerful and complex pu-erhs. Di Jie is also a very high altitude area between 2000 and 2100 meters!

A total of 20 kilograms in total was produced. We pressed these tea cakes with a stone-press and used low-temperature drying to preserve the integrity of the tea.

When you see a Lincang tea that’s forty cents per gram and then realize it’s an autumn harvest, that’s sure to pique your interest. At barely past six months, this tea is still very young, but Yunnan Sourcing is having a sale on raw pu’er right now, which is code for people to start breaking out their samples. In the past I haven’t bothered weighing Yunnan Sourcing’s ten gram sample packs as I’ve always just tossed it all in, but for this session I only had access to a 130ml gaiwan, so unsure if ten grams was too much, I decided to at least weigh the sample. I’m glad I did, because my scale showed 11.8g. Mind that I’ve never calibrated the scale, but I doubt it’s off by more than a few tenths of a gram at most. I do like strong tea, but for young raw pu’er I think twelve grams would have been overdoing it even for me. Instead I weighed nine grams and set the rest of the sample aside.

I received a small piece of the cake, with the rest of the sample consisting of large, intact leaves. Just looking at the sample the leaf integrity looked good. I did my customary 5s rinse followed by a five minute rest while I sipped the wash to get a feel for the tea. The rinse was light, fruity and sweet with no signs of unpleasantness whatsoever. I could already feel some heat and a light throbbing in my head. I proceeded to do twelve infusions, the timing for these being 5s, 5s, 7s, 10s, 15s, 20s, 30s, 45s, 75s, 2 min., 3 min. and 5 min.

Di Jie started off soft and smooth. The mouthfeel was about as friendly as a tea can get. It made you slow down and savor it. The flavors were still light, fruity and sweet. They were however very present and long-lasting. The second infusion continued brewing up soft, light and pleasant. There was perhaps the tiniest whisper of an underlying harsher character.

In the third steep the tea got brighter and somewhat sharper in flavor. It caused the sides of your tongue to tingle. There was a non-harsh harshness to it that was fused with sweetness. Even though the tea was stronger and bolder than in the previous two steeps which was evident from the color as well, this was more of an active than a flavorful brew. I found the broth somewhat warming and both my breathing and heartbeat became faster.

The body started to get lighter in the fourth steep, but at the same time the tea became really easy to drink texture-wise. While light in nature, the flavors were very present and forward. The tea was bright, almost bordering on metallic. It was sweet, somewhat mineral, but also a bit drying, leaving your tongue sandpapery. This was the tea at its youngest. After finishing my cup, I could feel some tightness/throbbing/pounding in my chest.

The texture continued getting even lighter in the next steep. The slight fruitiness was back and the tea became increasingly sweet over time. At this point there was no harshness to be found in the tea. After pouring the sixth steep, I found the leaves smelling very fruity. While the tea had gained some body, it seemed to have lost some flavor at the same time. There were no well defined flavors in this steep, but it was an interesting blanket of notes nonetheless. There was something comforting about the soup while it was also a bit drying as well.

The tea got super mineral in the seventh steep – bad kind of mineral. This was also the first time I detected a small amount of bitterness. The bitterness increased in the next infusion while the tea gained some sweetness as well. The tea was aromatic in the mouth and there was a lot more body now. Steep nine was extra bitter, but the bitterness quickly turned into sweetness. In the past these three steeps would have been around the point where I would have normally ended the session, but over the course of the past few months I’ve learned a lot more about both the bitterness and sweetness in pu’er and thus I carried on.

Steep ten was massive in terms of body thanks to the extended brewing time. The sweetness had now overtaken the bitterness. The next infusion was even sweeter, with only small amounts of bitterness and astringency. The final steep was still quite sweet, but I was starting to taste some nastiness in it as well and decided this was a good place to call it.

For such a young tea, the Di Jie performed well. You may want to give it another six or twelve months to properly judge it, but already it delivers very well in relation to the price, with the potential to far exceed it. The quality is very high and not something you’d easily get in a spring tea without paying big money. However this is not necessarily a tea you’d want to session more than once or twice before tucking it away to age. To me it comes across as something you’d likely be looking to age rather than drink young.

Compared to the very similarly priced YS 2017 Mu Shu Cha I reviewed previously, I think the Di Jie offers higher quality at only slightly higher price, but for the purposes of drinking it young, I would pick the Mu Shu Cha over the Di Jie. For aging purposes it’s anyone’s guess how these two will develop and ultimately down to personal preference which one one would prefer.

While I thought it was very high quality, the Di Jie didn’t necessarily make me fall in love with it. Were it pressed into smaller cakes, I’d likely pick up a bing, but I think 400g is far too much tea for me. I’d rather save the space in my pumidor for a cake that feels even more special and resonates with me more. Nevertheless this tea definitely comes recommended.