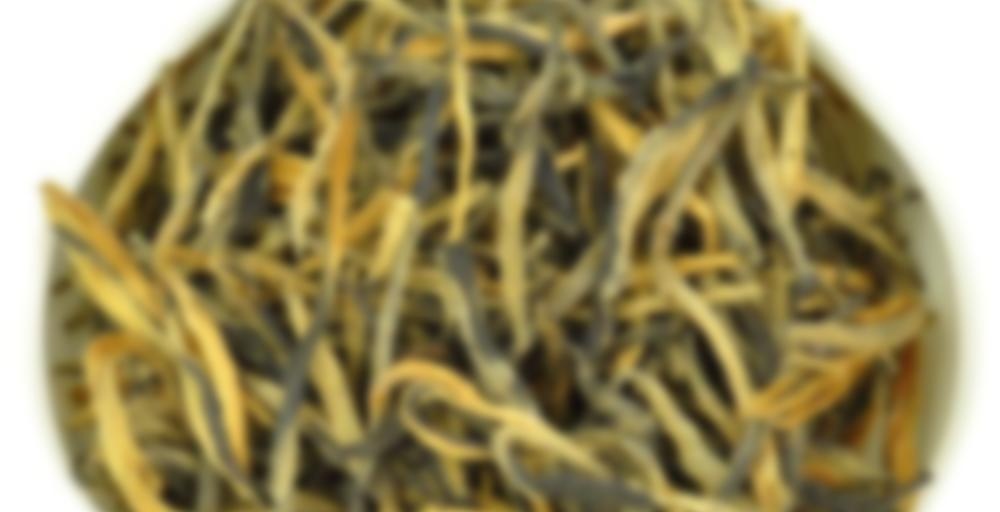 During the 2nd half of the 20th century most tea plants planted for black tea cultivation in Yunnan were hybrids of Assamica but not pure Assamica (大叶种). Pure Assamica is what’s used for Pu-erh production and what was used to produce this lovely tea.

Picked in early March in and then expertly processed by a small Ning’er area village cooperative this burly black tea features thick stems, with leaves and buds covered with downy hairs. The withering process has given the buds a deep copper-gold color and the leaves a brown black color. The flavor is very sweet, but there is a slight mineral astringency to counter it. The depth and thick viscous texture of the tea and the heavy sugarcane aroma makes for a delightful experience.

The incredibly affordable pricing we offer makes this tea a solid choice for daily drinking but also offers insight into “Pure Assamica” as a varietal of choice for black tea production.

This was one of my sipdowns from the last week of October. I think this was also the last of the spring 2018 golden needle black teas that I had in my cupboard. Of the bunch, it was the least appealing, but it was still a more or less very good tea.

Prior to the rinse, the dry tea buds emitted aromas of malt, cinnamon, chocolate, baked bread, and sweet potato. After the rinse, I detected aromas of roasted almond, roasted peanut, and smoke. The first infusion saw no change to the tea’s bouquet. In the mouth, the tea liquor offered notes of malt, cream, butter, cooked green beans, and sweet potato that were balanced by hints of smoke, cinnamon, baked bread, chocolate, and sugarcane. The bulk of the subsequent infusions coaxed out additional aromas of cooked green beans, orange zest, and roasted walnut. Stronger and more immediately discernible impressions of baked bread, chocolate, and sugarcane made themselves known in the mouth alongside notes of banana, caramel, roasted almond, earth, orange zest, roasted walnut, minerals, and cooked peas. There were also hints of marshmallow, raisin, and fig lurking in the background of each sip and swallow. As the tea shifted and faded, the liquor emphasized notes of minerals, malt, baked bread, cream, earth, roasted peanut, roasted almond, and sweet potato that were chased by fleeting hints of cooked green beans, caramel, chocolate, marshmallow, raisin, roasted walnut, lemon zest, and sugarcane.

Overall, I found this to be a rock solid and very likable tea, though compared to the previous Yunnan golden needle black teas produced in the spring of 2018 that I had tried, this tea struck me as being a bit generic. It offered pretty much everything you would expect a Yunnan Assamica golden needle black tea to offer, and it did a very good job of that, but that’s really all this tea did. I’m glad I tried it, and I could see it working out great as a daily drinker or as an introduction to Yunnan golden needle black teas, but it didn’t compare all that favorably to some of Yunnan Sourcing’s similar offerings from the same year. I certainly would not reach for this tea over something like their Imperial Gold Needle Yunnan Black Tea.

I was reading through last year’s harvest reviews and I can say this year’s tea is much different.

Prepared this western because assamica black. 3.5g (roughly 1T), 8oz, 212F, 2 steeps at 3 and 5 minutes. I tried a third steep and while it sill had plenty of flavor, I don’t recommend it because of a strong wet leaf funk.

In terms of taste, there was a black pepper spiciness on the sip and in the nose with some malt, leather, wood and earth and a sour orange background note holding it all together. In the second steep, I noticed a slight cooling ginger spicy after effect. The liquor was light-bodied but produced a heavy feeling. No sweetness or bitterness. A very light astringency showed up in the throat in the second steep.

Overall, it’s a solid tea, nothing to complain about for the price – it’s certainly affordable. I think I’ll try one long steep western, too. I’ve already had a go at grandpa but I didn’t take any mental notes, so I’ll try that again.