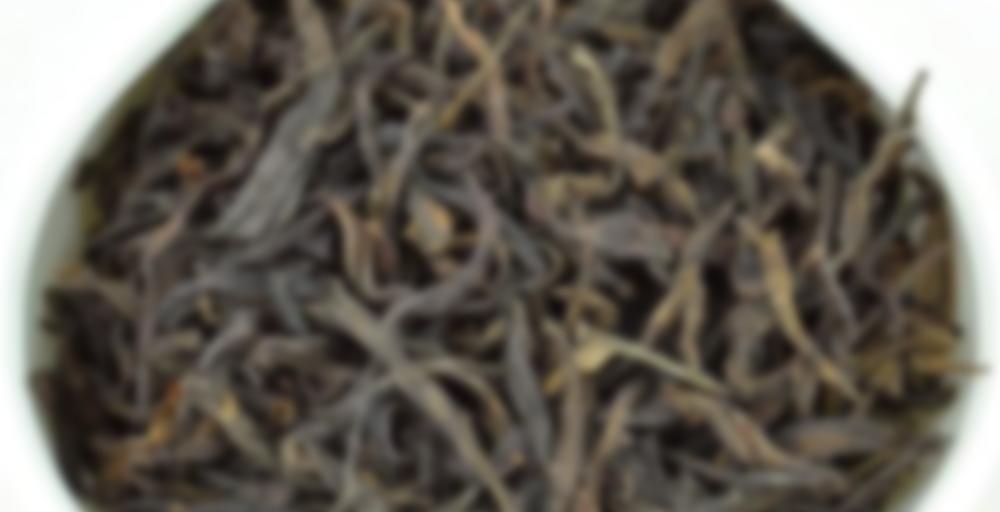 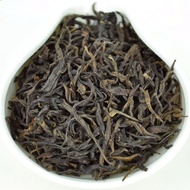 Mi Lan Xiang (aka Honey Orchid Aroma) Dan Cong is the most well-known Dan Cong style. Bai Ye varietal is used and was expertly processed over a period of four months to give it a special thick, sweet and floral (orchid) aroma. The leaves are larger and broader than may other varietals and the finished dry leaf is a deep brown color. The brewed leaves are also more brown (and less green) than most other Dan Cong oolongs. This higher degree of oxidation due to roasting brings out the delicious honey and orchid taste. When you experience the wonderful taste keep in mind it’s all due to the skill of the master who lovingly processed this tea into something so special and delicious!

Our Classic “Mi Lan Xiang” is a medium level of roast, with a robust taste of fruit and honey, and a lingering Orchid taste/aroma. It’s grown naturally at an altitude of 550 meters in the Wu Dong Mountains.

This is a medium level of roast, classic style of processing.

Okay, I’m back for another round of posting some reviews from the giant backlog of death. I had hoped to get at least two or three posted yesterday, but I ended up volunteering to scare children at my cousin’s haunted corn maze. I can’t turn down the opportunity to terrorize children, so Steepster got put on the backburner for the day. Anyway, this was one of my sipdowns from late summer of 2020. Though I found the spring 2017 version of this tea to be just kind of decent, this version was actually very good.

Prior to the rinse, the dry tea leaves produced aromas of orange blossom, custard, pomegranate, nectarine, and orchid. After the rinse, new aromas of honey, smoke, sugarcane, pear, and roasted almond emerged on the nose. The first infusion introduced subtle aromas of wood and spinach. In the mouth, the tea liquor presented notes of grass, butter, spinach, wood, roasted almond, honey, orchid, and cream that were backed by hints of baked bread, smoke, sugarcane, orange blossom, nectarine, pomegranate, and sour cherry. The bulk of the subsequent infusions introduced new aromas of lychee, peach, grass, sour cherry, plum, and green bell pepper to the tea’s bouquet. Stronger and more immediately presented notes of baked bread, smoke, sugarcane, pomegranate, and sour cherry emerged in the mouth with notes of minerals, custard, violet, earth, peach, plum, lychee, cantaloupe, orange zest, watermelon rind, pear, and green bell pepper. Hints of white grape and vanilla could be detected as well, while interesting and unexpected impressions of beeswax, wintergreen, and cannabis lingered on the back of the throat after each swallow. As the tea faded, the liquor began to emphasize notes of orchid, orange zest, cream, butter, baked bread, green bell pepper, roasted almond, sugarcane, grass, and wood that were chased by fleeting hints of honey, peach, pomegranate, lychee, violet, spinach, sour cherry, plum, watermelon rind, and white grape.

In the 2017 version of this tea, the vegetal notes started to become awkward and overpowering late in my gongfu sessions, but in this spring 2018 production, they were more balanced and integrated. This tea was much deeper and more complex than its earlier counterpart, and it was also much less bitter and astringent. This was a much better tea overall. What a difference a year can make!

I have quite a bit of different Dan Cong tea from Yunnan Sourcing. After trying most of them, and other vendors as well… I’ve come to the conclusion that it’s not the vendor but Dan Cong tea just isn’t for me. It’s far too flowery, perfumey-like for me. So please note that in my rating. You may find it to be a 95 if you love Dan Cong oolong. ^^

Setting that aside, hehe, the tea has large leaves that have a roasted aroma. The liquor is a deep clear brown with the aroma of stonefruits, honey. It has a thick mouthfeel, rich flavor, fruity with hints of stonefruits (peach, apricot) and apple notes. It’s quite flowery, has roasted seeds notes with notes of the sweetness of honey. There is a very long lingering taste of orchid at the end, a floral finish.

Stay safe out there!

Many of the reviews for the 2017 version of this tea at YunnanSourcing.com mentioned that it is pretty heavily roasted. That jives with my own experience with YS dan congs. So it was quite a surprise when this year’s crop turned out to be very green.

I steeped 4g of leaf in a 4oz gaiwan. The dry leaf had a delicious aroma of honey, apricot, flowers and baked bread. After a quick rinse, I got notes of sandalwood, wet rocks, and roasted peaches on the nose. The first steep tasted sublime. Juicy fruit nectar with TGY like florals. No char or roasting could be detected at all. Full mouthfeel with notes of honey and grape. I resteeped for 5 more infusions which brought out peachy notes but also a little bitterness. Nothing too heavy but probably an indication that I need to keep my steep times short.

This is the greenest Mi Lan Xiang I’ve ever had. Normally this type of dan cong has a roasted edge to it, but it’s barely detectable here. The taste and aroma of this tea resembles a TGY or duck shit oolong more than your typical Mi Lan Xiang. Recommended for fans of lighter oolongs.