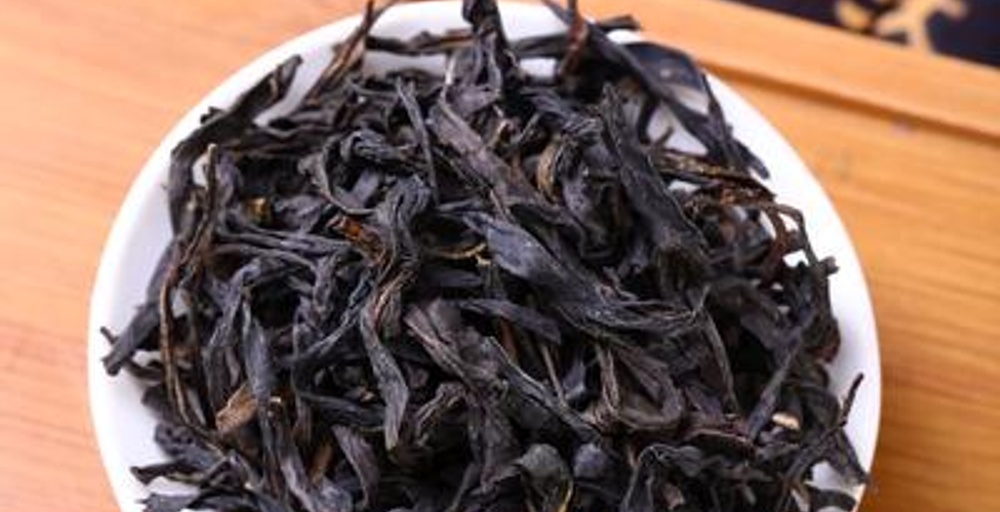 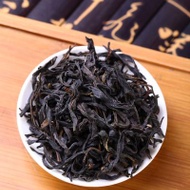 “Da Wu Ye” known as Big Black Leaf grows almost exclusively in Phoenix Village in the Wu Dong Mountains of Guangdong. Da Wu Ye is a medium leaf varietal and natural hybrid of local “Ya Shi Xiang” bushes and “Shui Xian” varietal. The winter harvest is called “Snowflake Dan Cong” and has the lowest harvest quantity per bush of any Dan Cong.

The processing style is low-medium oxidation giving it a mixed green-red style leaf. There is a natural sweet creamy taste with a floral after-finish.

Late-April into early May 2018 harvest

Okay, I guess I’m coming back to Steepster now. The funny thing is I honestly had no intention of coming back to the site save to read and like the tasting notes of others or maybe post the occasional comment or question. At the time I decided to step away, I was not only dealing with an avalanche of mental and physical health issues, but I had also reached a point where I did not feel that I had anything else to say. Each time I sat down to post a tea review, I was either filled with so much anxiety and frustration that I had to force myself through the process, or I just could not find any motivation to write anything and would stare at my computer screen for varying lengths of time before giving up and walking away to do anything else. Furthermore, I was extremely angered and disappointed by the owners’ decision to sell to Adagio and was certain at the time that it would be a death sentence for this site and community. Fortunately, I seem to have been wrong about that last bit (to this point), and since I have been doing a little better over the last couple of weeks, I figured that I may as well try to get back into the groove of writing tea reviews and see how things go. Naturally, my already huge backlog has grown even further. I have a pile of unposted reviews stretching from July 2019 to the present, and I am still certain that I have one review from the fall of 2018 that I simply forgot to post. This one comes from either February or March of this year. I recall enjoying this tea, but I also recall thinking that it struck me as being a bit light and green compared to many of other Da Wu Ye I have sampled in recent years.

Prior to the rinse, the dry tea leaves produced aromas of orchid, pomegranate, orange blossom, cream, butter, and sugarcane. After the rinse, I detected new aromas of custard, vanilla, roasted almond, pear, and baked bread. The first infusion then brought out aromas of grass and coriander. In the mouth, the tea liquor presented notes of orange blossom, sugarcane, grass, cream, baked bread, butter, and roasted almond that were balanced by lighter, subtler impressions of pear, orchid, pomegranate, lychee, custard, plum, and spinach. The subsequent infusions coaxed out aromas of violet, plum, spinach, lychee, sour cherry, and orange zest. Stronger and more immediately evident notes of custard, pear, spinach, plum, and lychee came out in the mouth alongside notes of minerals, white grape, orange zest, violet, sour cherry, and green apple. Hints of butterscotch, apricot, and coriander lurked around the fringes. As the tea faded, the liquor emphasized impressions of minerals, roasted almond, butter, baked bread, grass, pear, spinach, and coriander that were balanced by hints of orange zest, pomegranate, cream, vanilla, sugarcane, orchid, and white grape.

This was an extremely interesting and satisfying Dancong oolong. The mix of aromas and flavors was great, and the liquor it produced consistently felt wonderful in the mouth. Many Dancong oolongs can become very woody, vegetal, or astringent in the mouth, but this one never did. It was also much lighter in body and less savory than many of the other Da Wu Ye I have tried. I suspect that the roast on this tea was lighter than that of previous years. Anyway, this was a very good tea that was very approachable. I tend to be a big fan of traditional Da Wu Ye, so this tea did not quite tick all the boxes for me, but it was still very good. I am willing to bet that people who are into lighter roasted oolongs would love it.

Glad to have you back! I also thought that Steepster’s change of ownership could have a negative effect and am glad that things have evened out after some initial issues with the website. That Da Wu Ye sounds like my kind of Dancong.

Welcome back to steepsterspace. May your return be the beginning of a healthier guy. It’s been a tough year. I look forward to your in-depth tasting backlogs being posted as the urges present.

Welcome back! I know exactly what are you talking about; I had same moments, though my reveiews aren’t that complex as yours. Maybe “care less” about the reviews, write them when you feel to, maybe forget the “long waiters” — we will survive not seeing them :)

Just be happy with this community that luckily haven’t disappeared yet. This year was stressful for everyone, including myself, sometimes I don’t post anything here as well, I am sometimes just reading others notes and I really enjoy that! There are so many teas which sound interesting or nice to try, there are companies who I never heard of and they deliver sometimes awful teas — but that’s the path of tea explorers! Be safe, don’t feel that you have to share everything with us. You don’t (this applies to me as well!) !

Welcome back and wishing you well

This Dan Cong is reminiscent of Taiwanese high mountain oolongs a bit. The flavours seem more interesting than aromas here though. I can also see the similarity to Wu Dong Chou Shi Dan Cong (made from the same varietal), but this one has lighter body and is less complex for sure. Compared to similarly priced teas, it does last quite a bit.

In the dry leaf aroma there are notes of milk and fruits. After the rinse the bouquet changes to a more green and floral one with hints of bay leaves and some vegetables. The taste is crisp, tangy and sweet with notes of cream, fruits and grass. On the other hand, the aftertaste has a more floral and umami character with flavours like yellow bell pepper and plantains.