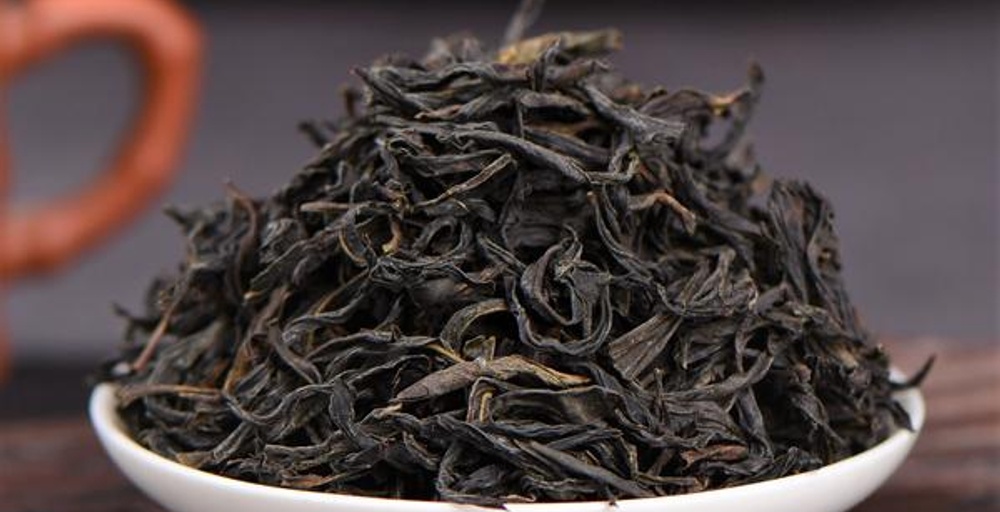 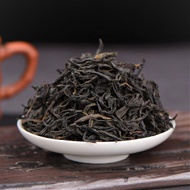 Ya Shi Xiang Dan Cong (aka Duck Shit Aroma) is a rare Dan Cong varietal grown in and around Ping Keng Tou village in the Phoenix Mountains outside of Chaozhou in Guangdong Province. The tea bushes from which our King of Duck Shit Aroma are more than 80 years old growing naturally!

It’s called “duck shit aroma” because in the Ping Keng Tou village area the soil has a somewhat yellow brown look to it and is unique to that area. With all teas the soil type is a key element in the tea’s taste. Villagers wanting to guard the uniqueness of their tea bushes told outsiders that the color and uniqueness of the soil in their village was due to copious amounts of duck shit and began to call the their Dan Cong “duck shit aroma”. True or not it’s an entertaining story which reveals why the tea has such a gross name.

The tea itself is lightly oxidized and the leaves are still mostly green in color. The brewed tea is highly aromatic with flower, honey and longan notes. The mouthfeel is delicate and soothing with a taste that perfectly balances sweet, bitter, and astringent notes, none of which are overpowering.

Our 2018 offering is literally the “King of Duck Shit Aroma” Dan Cong. Strong taste and aroma… thick and sweet with notes of longan. Can be infused 10+ times! I have not tasted a better version of this tea than this one!

I’m bored and don’t feel like doing any housework, so I may as well keep the tea reviews coming. This was yet another of my backlogged late 2020/early 2021 Dancong oolong reviews. Everyone who has ever read any of my previous reviews of Yunnan Sourcing’s King of Duck Shit Aroma Dan Cong oolongs knows that I tend to love them. The King of Duck Shit aroma oolong tends to be one of Yunnan Sourcing’s teas that I look forward to every year. This one ended up being no exception.

Like previous King of Duck Shit offerings, this was a pleasant, balanced tea with more than enough depth and complexity to satisfy. The thick body and creamy, milky smoothness of the tea liquor was also very enjoyable. At times, I was concerned that some of the flavor components would start clashing, but that thankfully never occurred. Overall, this was a very masterfully produced oolong.

I really didn’t care for this tea at all the first time I had it. I brewed it like most people recommend for dancong; using a whole lot of leaves and many flash steeps in a porcelain gaiwan, however I feel like this tea really shines once you push it a bit, I got fantastic results starting with around 20 seconds for the first steep, and increasing from there. This tea’s strength lies not in its high, fruity aromas, but rather in a deep, complex, mineral body. Brewing it like this did result in some noticeable bitterness, but in my opinion it only served to amplify the whole experience.
By the way, I have the 2019 spring version, but couldn’t be bothered to make a new listing for it.

A very yummy Duck Shit. I was pushing infusions a bit because it felt a little weak. One of my favorite Oolongs. This one is very tasty and I enjoy the whole session very much but always find myself wanting a couple more infusions than the tea wants to give me. That could be because the tea is 1.5 years old. I get about 6 infusions. 9/10 Highly recommend

Thank you to TheWeekendSessions for sharing this tea with me during our meet up/swap this summer! Like any still relatively juvenile adult, I have always found Duck Shit oolong appealing because of the name – but as far as the tea itself goes I’d say my exposure it moderate to minimal, and it’s something I could definitely delve deeper into/expose myself to a bit more. So far both of those reasons, I appreciated receiving this one!

As for the tea itself? It’s pretty nutty with mild roast notes initially, and a greener undertone but not before long it evolves into something very silky and floral with buttery lily and orchid notes and just a hint of something mineral. A little bit astringent, but overall quite smooth and enjoyable!!

This really isn’t a style of oolong I have a lot of on hand because it’s not majorly a profile that I gravitate towards (I prefer either much lighter roast/no roast and LOTS of florals or something VERY dark/heavily roasted more yancha-y) so it’s not something that I’d buy from YS based on this session – however for a one of session? It’s really nice, and I see the merits of the tea/why people enjoy it. Thanks for the share!!

hm, I haven’t had a Dan Cong in a while. This one is a fairly fruity one. Dry leaves smell of peach pits and lychee. It is very strong and perfume like. The wet leaf aroma has various notes including nail polish, beeswax, honey, wood, pumpkin and fermented fruits.

There is a strong woody flavour in the taste as well. It is complemented by a mix of sweet and bitter ones and a sour finish. In the first half of the session, there is barely any astringency. I find the taste is very well balanced. There is an interesting nuttiness as well, maybe closest to walnuts. The aftertaste is cooling and shows flavours of dry grass, honey, perfume, malt and a lager like bitterness.

The liquor rolls down the tongue very easily, but leaves a sharp, biting, and slightly numbing feeling behind. It is a very subtly interesting mouthfeel.

This is a delicate tea. The aroma is a little bit fruity and sweet — notes of lychee and honey. The taste is similar to the aroma with little to no aftertaste. This is a wonderful tea if want to just sit back and enjoy yourself in quiet reflection. I wouldn’t drink this tea for “running out the door”. It’s really meant to be enjoyed since many of the flavors are delicate. I did multiple infusions with different brew times. Slightly longer brew times deepen the flavors without making it bitter.

This tea is absolutely delicious. Very sweet and pleasant, and quite easy to brew. It develops a more robust flavor after several infusions. Highly recommended!

Really nice balanced duckshit
Good smell, mild taste, great texture and sweet Huigan
Me and my girlfriend did a blind tasting against 2 Duck shit Oolongs from other companies (mad fun btw) and we realized that YS King of Duckshit is the real King
It has many different layers of taste and it did change between steeps
Huigan has so much more to offer than others
This Duck Shit is really subtle and you need to take your time to get all the different taste notes

Last sample of this. Today it seems a little perfumy for me, flowery, also a little sharper. Perhaps because I’m using boiling water unlike before where I used 200F. There is still the great balance of sweet and bitter though.