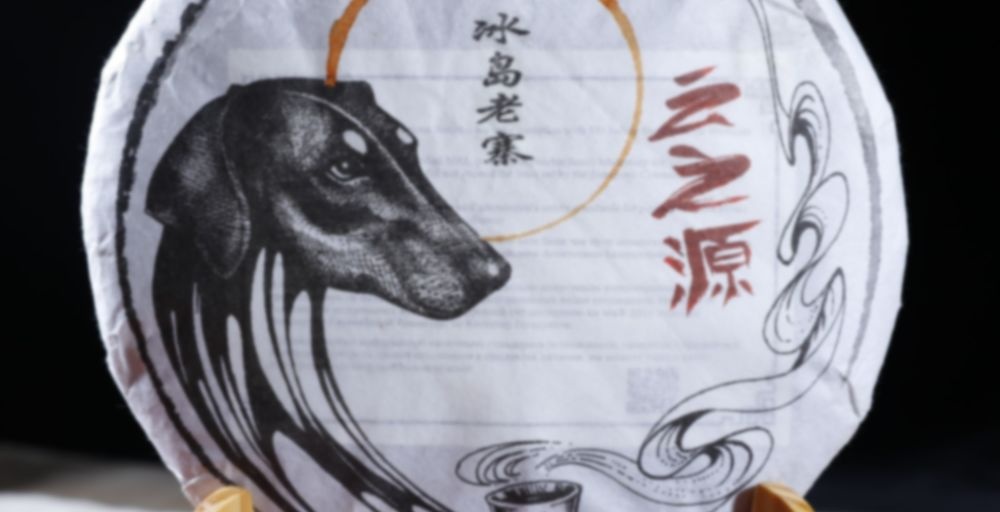 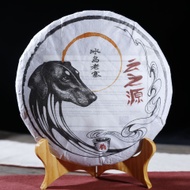 Our 5th production from Bing Dao village and the second from Spring harvested tea leaves! Bing Dao Lao Zhai (lit Bing Dao Old Village) is one of the two villages called “Bing Dao”. There is Bing Dao Xin Zhai (lit. Bing Dao New Village) as well, which is the more famous of the two villages in the same area. Bing Dao Lao Zhai trees range in age from 100-300 years old, and while there are older trees we were not privy to that material due to high demand and very high prices. That being said this is still the most expensive Lincang tea we have ever produced. It is also one of the best we have produced and if you want to drink Bing Dao tea from spring harvest and from old trees, then this is an excellent choice!

It’s interesting that “Bing Dao” means “Ice Island” in Chinese, because this tea is very cool in the mouth and is at once subtle and powerful. It’s got a “creep up on you” cha qi and a powerful pungent mouth-feeling that will stay with you long after your session has ended. There is bitterness and astringency but it’s never center stage and adds to the complexity of this tea. One of the more difficult to describe raw pu-erhs I have had. It can only really be judged by several sessions, so I recommend buying at least 25 grams to start.

The 2018 Bing Dao Lao Zhai from YS has increased in price quite a bit since 2016. It is now $0.69/gr for the 400gr cake. I wanted to give this a try, so ordered a 10 gram sample with my last order. This young sheng started with a little floral aroma, but the floral aroma was light and mostly overpowered by the strong pungent and slightly sour aroma of the raw leaves. I never expect to have company when trying young sheng, but my wife decided to join me to experience this tea even with all the warnings. :) I will say both my wife and I picked up a slight hint of what smelled like cocoa. That surprised me. We never got a hint of it in the taste, but it was definitely in the wet leaf after the first rinse. Who knows? Maybe there was some residue left in my pot, but I don’t think so.

I found the flavor profile to be mostly uniform. I heard Scott once describe young pu’er as having cannabis notes, and I find that description to be the most accurate in describing what I experience in the taste and aroma of this tea. Beyond that, it was sweet with mild bitterness initially. In later infusions, it remained very sweet on the tip of the tongue. Bitterness increased slightly on the third infusion, but was not overwhelming. Reducing the steep time easily managed the bitterness while still delivering a solid brew.

So, the flavor profile (to me) is mostly singular, so what is the stand-out quality of this tea? The cha qi is very strong. After two cups, both my wife and I could begin to feel it. After the fifth cup, I was tingling and beginning to get quite the buzz. I felt rather floaty after the 7th cup. There was also a long lingering aftertaste. After the tea session, I hit the road to grab some take-out, and on the way back, I smacked my lips and was amazed that I could still taste the tea.

I haven’t made up my mind if I will order a cake for storage. I have quite a few more samples of raws to get through before making a decision. For someone that has never experienced cha qi and wants to be a tea hippie, YS’s 10 gram sample of this is a relatively inexpensive way to get a little tea high.

I’d offer some cha qi tea suggestions, but the feelings produced can vary widely from person to person. And it’s nice to have a puerh partner!

Derk, I’d still enjoy learning about the teas you are thinking about with the full the understanding that the teas may affect others differently.