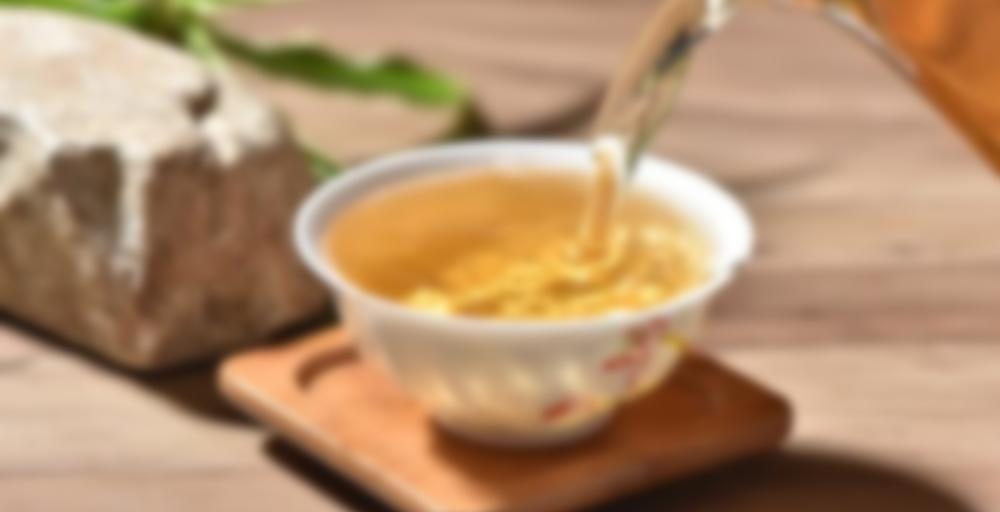 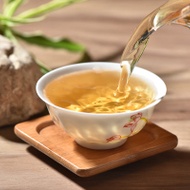 This is a high elevation Dan Cong oolong, crafted from older tea trees, many as tall as 3 meters. The high mountain environment provides cool air year round, a large daily temperature range and plenty of strong sunlight. All of these factors are ideal for producing a strong tasting tea that can be steeped many times will still retaining flavor.

Walnut Fragrance (桃仁香) Dan Cong is a unique varietal that when processed develops into a unique and memorable tea. There is a raw walnut taste and fragrance, a golden bright tea soup and long-lasting sweetness in the mouth. There is some walnut like bitterness but it transforms into sweetness quickly.

A unique tea from the high mountain area of Wu Dong (1100 meters).

Someone in the office recently received a large Yunnan Sourcing order that they placed on Black Friday, and she really thoughtfully brought a few of the teas into the office for us to try. A lot of people working there seem to be really into Dancong so this was the one that every immediately wanted to test out.

We actually ended up doing a bit of an experiment with it; the person who brought it in said that she’d had issues finding brewing parameters that she was happy with so we did four different cuppings all with slightly different brewing parameters to experiment a little bit and see what changes in flavour profile might show up with each brewing method. It was funny because, of the four of us doing this exercise, we all pretty much uniformly agreed on the flavor notes that were observed with each cupping but we did NOT all agree of which was the “best” cup of the tea. Kind of cool how we demonstated uniformity in our impressions of a tea’s flavour, while still also highlighting how much “taste” can be subjective…

Here’s a quick summary of the four cuppings though:

Cupping 1:
Steeped at 205F, for four min, with 2.7g of leaf. A bit of a harsh and one-note bitterness to the top of the sip and body, loosely comparable to the “skin” on a nut such as a walnut/almond. Lacking any astringency, though. Not unpleasant, but not desirable profile either. Beautiful aroma to the steeped leaves though!

Cupping 2:
Same parameters as above, but water temp at 165F instead. VERY bland/watery – really boring cup; and my least favourite of the four.

Cupping 3:
Same parameters as cupping one, but with only 1.8g of leaf. Much better overall profile, with what I would call that “maple adjacent” sweet walnut note that I personally love so much. A more buttery/fatty mouthfeel also, with floral undertones. Steeped leaf was very potent with lots of sweet floral elements! Definitely the sweetest of all the cups, and my personal favourite.

Cupping 4:
Same parameters that we used in cupping three but five minutes instead of five. This is definitely the closest to what I had envisioned a “Walnut Fragrance” Dancong might taste like. Some astringency and a pleasant, fleeting bitterness like the walnut “skin” notes from the first cupping. A little sweetness in the body, and still some floral in the finish. The most balanced and nuanced cupping, for sure. My second favourite.

Some of the earthy, nutty, herbal, or spicy Dancong oolongs can be extremely hard to get right when brewing in the Western style. In general, I find Dancong to be best suited to gongfu brewing, especially using fairly heavy leafing and shorter steep times.

I also generally prefer Dancong steeped Gong Fu, though sadly we don’t have a great set up for this at work – and the bulk of the people in our department don’t actually drink Gong Fu anyway. So, since we were sharing, we opted more Western. When I officially get my own desk instead of a shared desk space, I plan on bringing in my own Gong Fu set up though so I can steep Gong Fu independently while I work on inputting all my lab testing information and such.

I love this scientific method of steeping/tasting. Nicely done.