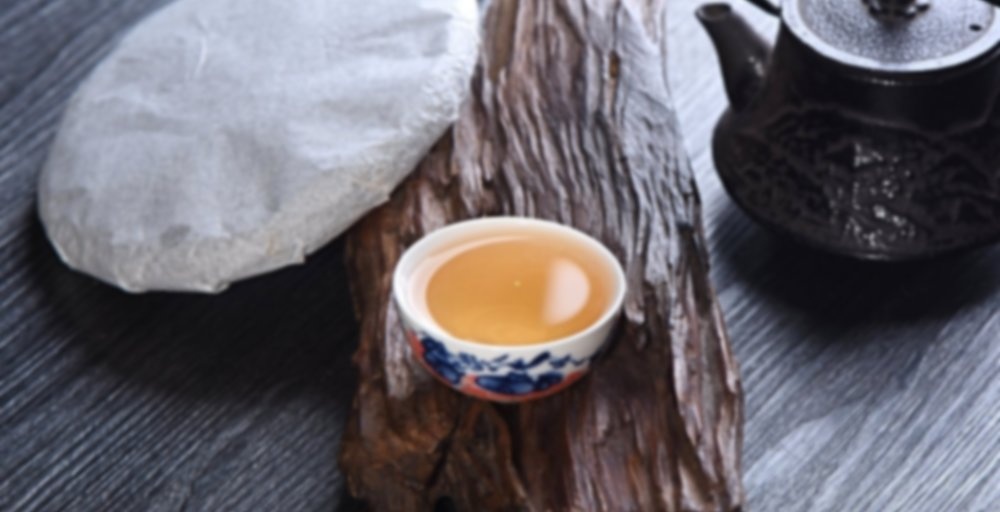 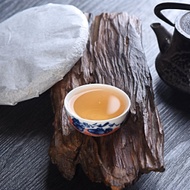 This is a special production of Bu Lang area old arbor pu-erh tea picked in the first flush of spring from a secret location in the Bu Lang Mountains. This was pressed by a close friend and he’s made 20 kilograms (of the 40 total kilograms) available to me to offer. He refers to it as “Ba Wang” (霸王) which means something like “Overlord” or “Despot” or “Badass King”.

This is a strong tea that reveals itself through it bitterness, pungency, overpowering cha qi and thick long-lasting mouth-feel. This is certainly a tea that will remind you much of Lao Ban Zhang and I suspect its from that general area. I hate to even mention LBZ because of the stir it creates when its name is invoked. I’d rather like to think this tea is better in some regards. The raw unabashed power that it wields is ineffable. It’s at once both overpowering and wonderful to experience!

This is a white label tea, but pressed by the same person who is responsible for the Cha Nong Hao Brand pressings. There is no nei fei or date stamp!

My yearly listening of a couple of Deathspell Omega albums back to back around Christmas time was today accompanied by an equally punishing tea – this white label Bu Lang. We don’t know the exact village where it’s from, but I found it to be unique and memorable. My initial impression was that this is probably the best sheng I’ve ever had, but it does get less interesting quite fast. However, it seems to last forever, I got 17 infusions, but a fair few were overdone and it still had steam when I (or rather my stomach) gave up.

Already the dry leaf scent is unlike any other tea I encountered, which is also probably I find it hard to describe. It is fresh, cooling, woody, and sweet, with a light fruitiness and notes of pine and forest floor. This unusual and elusive character is maybe even stronger in the wet leaf aroma, which is metallic, peaty and sort of ‘masculine’. Later on throughout the session I picked up also a wine-like aroma. In the empty cup, on the other hand, I could smell something close to an acacia scent.

Probably the most striking aspect of the first few infusions is the mouthfeel, so let me start by describing that. Already the rinse is oily, numbing, and throat-cooling. The subsequent steeps are then full-bodied, very thick, tongue-numbing, foamy, soft, and creamy.

The taste is bitter and vegetal with notes of honey, butter tart, flowers (such as sunflower), vanilla, and plum. The bitterness gives way to sweetness super fast and transforms into what is probably the strongest huigan I’ve ever experienced. The aftertaste is very sweet and crisp with umami notes as well as a kind of lemon-like flavour.

The cha qi is enveloping and strong. After three steeps I zoned out and I could ‘hear’ the music with my whole body – especially the feet.

However, after infusion 5 or so, the texture was no longer as intriguing and several infusion (that I brewed longer than I should have I guess) were very bitter tasting and somewhat acrid. There is no doubt that this tea can benefit a lot from further aging. I wasn’t as attentive to the tea in its late stages, but one note that stuck out to me in steep #13 is that of coffee, a slightly strange one to appear at this stage.

In any case, I would like to have a good Bu Lang sheng in my collection (which I don’t at the moment). If this tea remained as interesting as it was in the first three infusions, I would undoubtedly try to get it. As it stands, I will try to sample other teas from the region and decide later whether to get this one to age or not.

Xmas is definitely the season for some Burzum, Neurosis and the like. Well I like to alternate that with some modern classical. For me it’s just a match made in heaven for some reason.

This is a tea I’ve been curious to try for a while. I finally ordered a sample recently and here we are. In typical Yunnan Sourcing fashion, my 10g sample weighed in at a hefty 11.8g. Wanting to have a proper, BIG session instead of splitting it into two smaller ones, I busted out my largest gaiwan which would be a 165ml silver lined one. Quick five second wash, followed by a five minute rest while I sipped the rinse. Apart from one small piece of the cake, my sample was in loose form, resulting in a potent brew. It was strong, holy smokes was it strong. Bitter, creamy, plummy.

I followed up with a dozen infusions, the timing for these 6s, 6s, 6s, 6s, 10s, 12s, 15s, 20s, 25s, 35s, 60s and 2 min. respectively. Ba Wang started off thick and creamy. Literally like drinking cream. This tea also has a tendency to produce foam in the mouth if you whisk it quickly. The soup was strong, sweet, bitter, mineral, citric. Really thick, really potent. It retained its thick, creamy texture for the first four brews after which it lost the creaminess but kept the big body for most of the session.

Being a Bulang tea, the tea is definitely bitter but also very sweet. In the early brews the bitterness transforms quickly into sweetness and this can take as little as a second. Bitterness and sweetness take turns being the more prominent force from steep to steep with neither ever becoming too overpowering. While generally not a fan of sweet teas, the sweetness on display here is the kind I like, one that isn’t overly sweet in the same way as sugar or candy. As the infusions progress, the bitterness slowly shifts from upfront more towards a delayed longer lasting bitterness. It never becomes abrasive, however, and at times I found it very enjoyable like a proper Bulang should be.

In terms of the physical sensation of drinking the tea, the Ba Wang was just pure joy. The tea is very active, tongue-numbing, and extremely pleasing in the mouth and upon swallowing. Toward the middle of the session it produced an extremely pleasing sensation in the throat when swallowed. This is about as orgasmic as the experience of drinking tea gets. For me just the mouthfeel and the physical sensation of drinking the tea make it worth it for me. The mouthfeel and texture change slowly over the course of the session, never becoming boring.

I got very little astringency, which is good. I prefer a nice kuwei to astringency any day of the week. While the tea becomes much simpler and not as engaging after ten or so infusions, it remains strong if pushed adequately and I can see this being one of those teas that steeps into infinity. Even though I was drinking this with company, I eventually had to throw in the towel after twelve infusions, because this tea is STRONG and I was getting bloated.

To sum up my thoughts, Ba Wang is one of the best teas I’ve had to date. It is an absolute gem of a tea. I must admit, while I was curious to try this tea, I did not hold high hopes for it. While it is by no means a cheap tea, I was blown away by the quality. Normally to get this level of quality from a spring tea of this vintage, you would expect to pay 50 to 100% more. Thanks to the lack of a premium that comes with a name like Lao Ban Zhang, Lao Man’e and others, this tea is priced more like an ultra high-end autumn tea despite being a spring picking.

I am a big fan of teas like this and immediately ordered a cake after the session. Those who are not into Bulang teas or bitter teas in general should obviously look elsewhere, but that being said, if you are curious to try to understand the appeal of these kinds of teas, I think this would be the perfect candidate to sample. You may think you don’t like bitter teas, but a tea like this might just prove you wrong. It is very hard to try to explain the appeal of these teas to someone, you really just have to experience them for yourself.

This is going to be one of the highlights of my collection, right next to my cake of Lao Man’e.

Hi,
Love your reviews, and since we saw eye to eye about a couple of teas I bought several samples based on your recommendations, including this one.. :)
thx for writing!

Sounds great, I am pretty sure I would love this one based on your description :)