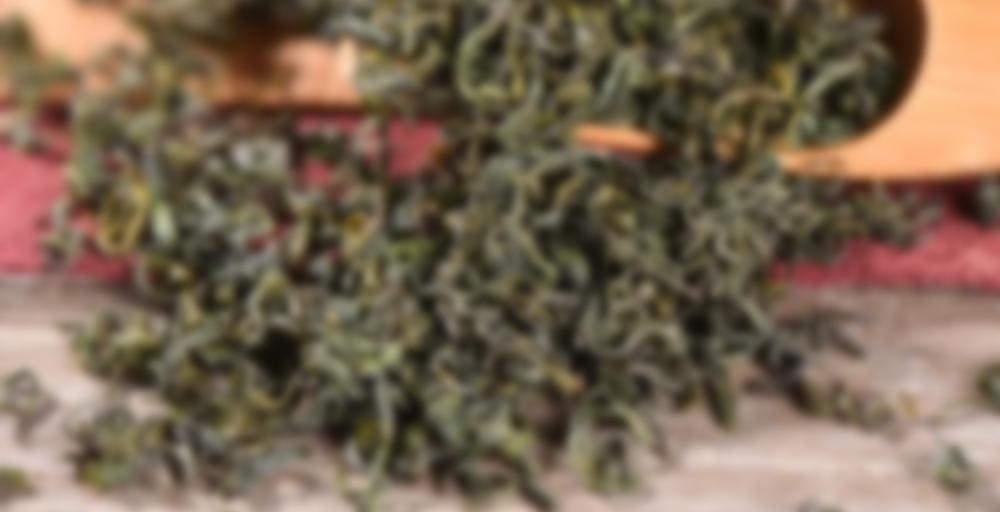 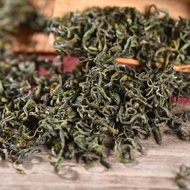 This is the very early flush of spring tea picked in the first 3 days in the early spring (Mid-March)! Very fine tea with a special taste that can only come from tea picked during such a cold time in Shandong! Incredibly textured and aromatic green tea! If you loved our Laoshan Classic or Imperial Green Teas, then you are sure to love this too!

Laoshan village is near Qingdao in the province of Shandong at an altitude of just 300 meters. Laoshan village is also near a sacred mountain, and not far from the ocean. Tea has been grown in Laoshan area for many generations. We are offering this “Imperial Grade” Laoshan Green tea made from the tippiest first flush of spring 2018 tea leaves.

Our Laoshan teas are grown by the Liang family, who have a small family operation growing Laoshan tea and doing all the processing of the tea themselves as well. You will notice that the tea is grown undercover of greenhouse which are fully covered in the winter to protect from frost and also in the earliest part of spring as well just as the leaves are starting to sprout. In the middle and later part of the first flush growth stage the coverings are removed and the tea bushes grow in full view of the sun until plucking.

Our Imperial Grade Laoshan green tea is small leaf, tippy (but without silver hairs) and tightly rolled, but not compressed like a Tie Guan Yin. The varietal grown is Long Jing #43 and as such the tea from Laoshan shares it character. The brewed tea is vegetal, sweet, savory with an umami-like green chestnut (bipolarity of astringency/savory and sweet).

We feel confident you will enjoy family-sourced Laoshan teas and invite you to try them all!

This is a newly offered Laoshan tea from Yunnan Sourcing. It’s a early first flush tea picked before their normal first flush Imperial Grade tea. Not sure what makes this one Competition Grade but the flavor has more in common with the Imperial Grade than Classic Laoshan green tea.

I steeped 2.5g in a 120ml shibo 4 times starting with 180 F water and then the temperature was raised to 190 F. The dry leaves have a pleasant aroma of cilantro, lima beans, flowers, and milk. Wet leaf smells like asparagus mingled with an oat like nuttiness.

First steep (25s): crisp and delicate with notes of soy and green bean

Second steep (30s): same but with more body. it has a nice, clean taste without the strong oat and fennel flavors that Laoshan greens sometimes have.

Third steep (40s): used hotter water than I normally do yet tea was unaffected. no drop in flavor, but it hasn’t really evolved either. still has a nice freshness to it.

As expected, this was on the softer side flavor-wise, a typical characteristic of early picked tea. It holds up very well to hot water and has excellent staying power. Though I steeped it four times, I could have easily gotten another infusion or two out of it. The flavor remained constant throughout which is both good and bad. Good because the flavor doesn’t drop so soon, bad because there’s no evolution of flavor. Although a great tea, I do slightly prefer the second flush for its less refined but more assertive flavor.

I only had this one once (only ordered 25g of this tea) and I brewed it Western style. It was really good, kind of reminded me a bit of a kamairicha but was thinking it would probably be even better brewed gongfu. Since you had such good results, I will have to try it out!

I found this year’s imperial grade to be more flavorful than previous years…and bolder than many of the green teas I’ve had this year. The aroma is very concentrated and complex.