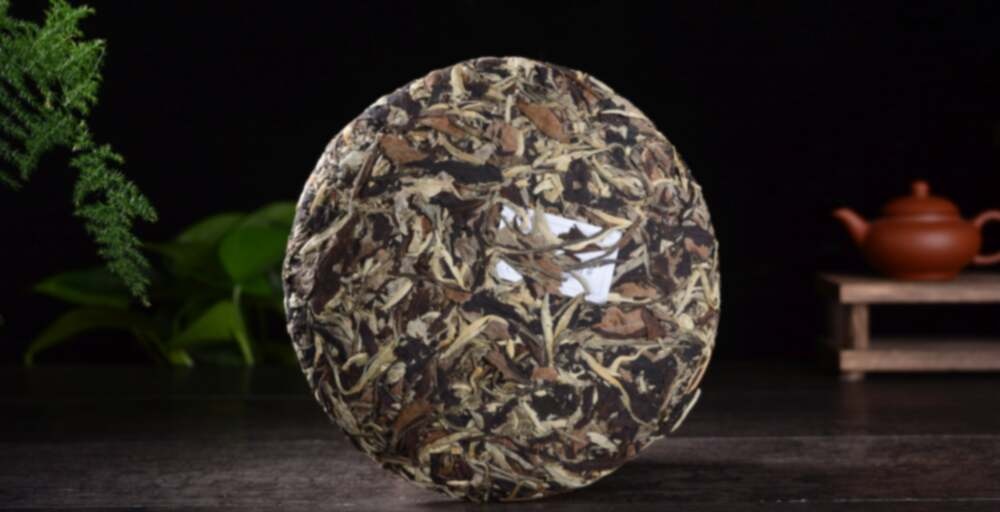 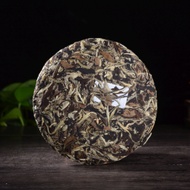 This is a “Moonlight” white tea production from Zu Xiang tea factory. The raw material is from their Wu Liang mountain area organic tea garden and was harvested in Late March 2017 and pressed in early 2018.

This is a deliciously sweet and fruity tea that with additional aging will become even smoother and creamier. Very tasty with a hint of black tea character (honey aroma).

Nice, typical moonlight white with that nice thirst-quenching melony vanilla-y profile. Not the fullest-tasting one I’ve had though.

First tea in a few days. Weather-related migraines were one of 2020’s many unwanted “gifts” and they appear to be here to stay. Every time the air pressure drops it feels like my skull wants to split open. I don’t remember signing up to be the human barometer. Everything tastes and smells a little off when I’m migrainey so I’m drinking a tea I’ve had many times instead of trying to form an opinion about something new, just in case my taste and smell are still off even though the pain is gone.

I think it’s been a couple of months since I last drank this tea. It’s not my favorite moonlight but I like it quite a bit. It was the first big cake I ever bought (I think 200g was the biggest before this one). 357g seemed so huge when I pulled it out of the shipping box…I thought it’d last me forever but I’ve managed to drink about half a cake in around 10 months. I’ve been thinking I should order more but I haven’t decided if I should get more of the 2018 or try the 2019.

This tea’s got the fruity white tea flavors but with some darker, black tea type stuff going on too. It might be because of my lazy, imprecise timing but some steeps taste and smell more like white tea and some more like black. Once in a while I get a hint of that vanilla-y flavor my favorite moonlights have, but when I try to focus on that flavor I can’t find it anymore. Not sure if that’s a me thing or if it needs more time to develop that flavor. It’s not brain-breakingly complex but it’s interesting enough to keep me coming back to it. It’s been my go-to tea for when I can’t decide what I want to drink. Smells good, tastes good, and it doesn’t seem to be very particular about how it’s prepared. I’ve played around a bit with the amount of tea, amount of water, water temperature and steep times…it’s been drinkable no matter what I’ve done to it.

If it is related to pressure, would Valsava maneuver breathing help? It CAN bring on headaches like when coughing makes your head hurt but I wonder if you tried positive pressure then negative pressure? Like when people clear clogged ears. Hold nose, ten puffs of air that doesn’t escape, breathe, then hold nose and swallow repeatedly. I don’t know…

Sorry you have those. It stinks. I hope you find something that works for you.

Hmmm, just read that second cough headaches are very bad and can need surgery to correct so I don’t know if that translates to using Valsava maneuver to change pressure intentionally could also be bad so do not attempt without a doctor’s advice!

Thanks, ashmanra :)
I have a prescription medication that helps with the headache part but not the nausea and light sensitivity and stuff like that. Part of my problem is that I wait longer than I should before taking the medication. These new weather-related migraines don’t feel the same as the ones I’ve had since I was a tween and I have a bad habit of trying to convince myself it’s “just as headache”…probably partly because the medication is so gross and expensive. It’s a nasal spray that burns and it’s bitter when it starts to drip down your throat, like snorting earwax vodka or something equally nasty. I have a doctor appointment coming up so I’ll try to remember to ask about the breathing technique.

Botox for migraines is covered by insurance. The trigger nerves are injected and that can decrease or stop the headaches.
https://americanmigrainefoundation.org/resource-library/botox-for-migraine/

A friend used feverfew with great success, I believe combined with St Johns Wort for her depression. But hers were not weather related.