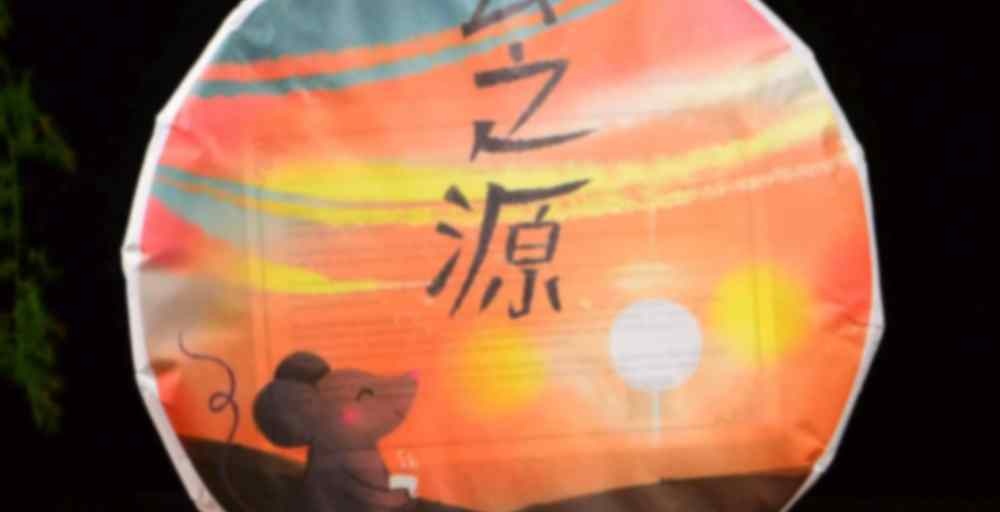 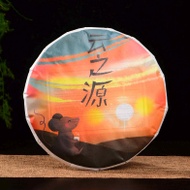 Entirely Spring 2019 harvested tea from the Big Snow Mountain area of Mengku in Lincang. Pure unadulterated teas were collected from two different tea gardens and then small batch wet-piled on wood platforms over a 45 day period! Only pure spring water was used for the wet-piling process to keep the tea sweet and clean tasting! After wet piling was completed the teas were aged almost a year in Mengku before being pressed. The resulting tea is thick, sweet, and creamy with very little wet pile taste. This is a premium ripe tea that will continue to age and develop more complexity for decades to come!

Each tong of 7 cakes is wrapped in bamboo leaf!

There is a matching Raw Pu-erh pressed from “Big Snow Mountain” tea here!

I’m a fan of the Big Snow Mountain in Mengku, so I ended up picking up a cake of this blind. The price was reasonable and I’m close to finishing another 357g bing in my short-to-medium term shu box, so there was an opening. My experiences with Daxueshan have generally been very positive, so I had high expectations for this one.

Since I own a bing, I didn’t want to review this based on just one session, so I did two to get a better feel for it. For my first session I used 13g of leaf freshly broken off the cake, while setting aside 10.5g to wait for my next session three weeks later. My teapot of choice for the first session was my trusty 160ml Yixing zini while for the second I used a 100ml Jianshui. The resulting sessions were quite different. While the difference in leaf-to-water ratio is obviously a big factor, as can be the choice of clay, I’ve found that at least with sheng pu’er breaking off the leaves you are about to drink a couple of days in advance can make a shockingly big difference in the tea (although I haven’t done a more scientific A/B).

My first session was a bit of a mixed bag. While I enjoyed the tea, I also found it to have some underlying unpleasant qualities to it. I find a lot of Yunnan Sourcing ripes to exhibit this when they are young, but my experience with the cakes I’ve owned is that it tends to go away after a couple of years, so hopefully it’s just the youth of the tea speaking.

Even the black teas I’ve had from Daxueshan have exhibited rather potent cha qi, so I was expecting this tea to be more active than your average shu. And in the first brew it did show signs of that. The tea felt warming and I could sense some form of reaction in my body. But after that nothing. On the other hand my notes mark that the tea had good body and a nice, smooth texture.

In terms of taste, there’s a fleeting bitterness present in the first half of the session. later replaced by a growing sweetness in the finish. I dry woodiness is the main character I get from this, along with otherwise a fairly standard spectrum of shu flavors. Overall somewhat boring in terms of taste, though.

In my first session I experienced the tea starting to taper off around the seventh infusion and while I stopped at nine I could have probably squeezed in at least one more, but in all likelihood it probably wouldn’t have been great.

I don’t know if it’s the heavier leaf-to-water ratio or what, but my second session was more positive. The tea was notably stronger (as one would expect), but interestingly I found the body and texture somewhat lacking until I got to the later infusions where the brewing times were longer. There the body was still somewhat unsatisfying but the texture became very pleasing. Either this stems from the difference in clay or it’s just a product of the inconsistencies of tea.

Perhaps thanks to leafing harder, the effects of the tea were also more noticeable this time around. Nothing crazy, but I could still feel some slight throbbing in my upper back and a general warming sensation a few brews in. While I could still detect some slight underlying unpleasantness in the tea, the more abrasive nature of the first session was mostly gone.

In addition to stronger brews, leafing the tea heavier also improved its longevity by quite a bit and I was able to easily get eleven brews out of it with at least one more being a possibility. The late brews are actually probably where the tea peaked for me because of the improved texture. While still a fairly standard shu affair in terms of taste, the second session did have more character overall.

Overall I think this is a nice tea with potential to hopefully grow. Had I sampled it beforehand, I probably wouldn’t have caked it, but I don’t regret grabbing it as it’s going to serve its purpose. I think the price is fair for what you get. No standout features right now, but hopefully it’ll start to shine a few years down the road. I seemed to prefer it leafed quite hard, but feel free to experiment for yourself.