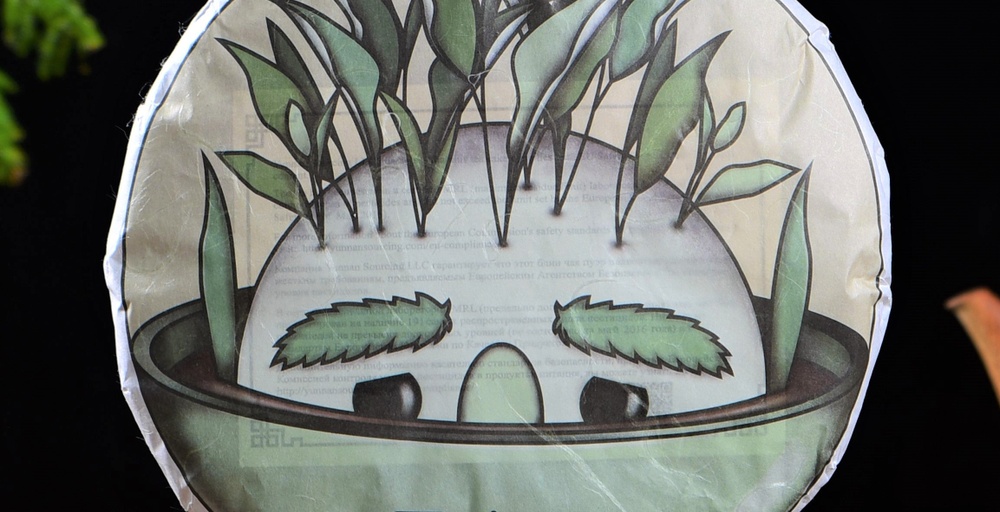 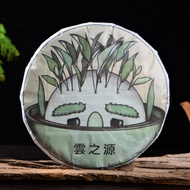 We are proud to announce our second ever pressing of “Green Miracle”! To celebrate this year we selected a wild arbor sourced Ripe Pu-erh tea from two first flush of Spring 2019 harvested wet-pile batches and pressed into this lovely 357 gram cake.

Tea leaves from 50 to 70 years old tea trees were harvested in April 2019, then wet-piled through the summer. The tea was then aged in loose form for a few months before pressing this year.

The upfront feeling and taste is bitter, thick and pungent. Spring tea processed into ripe pu-erh is rare and tea leaves harvested from tea trees with some age is also quite rare. Fermentation was done carefully to preserve the green/raw character in the tea leaves. Strong good clean taste and pure cha qi makes this an interesting ripe pu-erh to drink now and will certainly continue to age and develop with a complexity that is likely make it a stand out cake for years to come!

The original 2015 Green Miracle was one of the first ripes I ever bought, drank and reviewed. I still have maybe half a cake left. While not bad, it has never really impressed me. The strength and longevity are below average and the very mineral, somewhat chocolaty flavor profile is rather bland and forgettable. While things have improved across the board with age, nothing about the tea has ever really changed in any significant way. Now we finally have a follow-up and I was curious to see if this tea would be more of the same or similar in name only.

I finished my sample in two sessions using my Ben Shan Duan Ni Yixing clay teapot both times. Already the aroma of the wet leaves alone sets this tea apart from most ripes. I’d describe it as “greener”, more leafy. In my second session in particular I felt like it reminded me of berries, maybe a berry jam.

Neither paints a picture of a very dynamic tea, it becoming quite bland and quite a typical ripe affair in the last third of the session. I also only got eight brews out of Green Miracle both times, with the last eighth set-it-and-forget-it brew barely qualifying as worthwhile. My notes for the seventh infusion of the first session do speak of licorice/anise, though, which is somewhat interesting at least. My notes don’t really talk about mouthfeel and body that much. I’d say the tea’s probably okay in that department, but not particularly noteworthy.

I feel like I might’ve just painted a picture of a somewhat bland tea, but overall I feel Green Miracle 2020 manages to differentiate itself as a somewhat unique ripe among its myriad peers and it’s likely a tea that most shu fans would enjoy. It did intrigue me with its initial steeps, but quickly devolved into mediocrity. Those seeking deep, dark flavors and thick, oily body might want to seek elsewhere, but for other ripe lovers I would definitely recommend a sample.

The original Green Miracle DNA is certainly there in the 2020 iteration. I don’t know if these are actually the same tea just different harvest, but I can certainly see some resemblance, even if only in very broad terms. I would classify this tea as quite good, just not quite to my taste in terms of its profile. I’m generally not a fan of mineral notes and that is the case here as well. While I do enjoy dark chocolate notes in ripes, the milk chocolate here is again somewhat of a miss.

The wet leaves are an atypically light shade of brown for a modern ripe, hopefully hinting at more room for this tea to develop over the years than your typical shu. Despite this, I didn’t find Green Miracle to be too “green” for my stomach, which has often been the case with Yunnan Sourcing’s other lighter fermentation ripes when young.

This tea reminds me of Yang Luo Han a bit, but it’s definitely sweeter and has a less complex profile and muted aromas. On the other hand, the mouthfeel is sublime – buttery and very viscous. Similarly, the aftertaste is strong and long-lasting. In some sense that’s where most of the enjoyment of this tea comes from – the mouthfeel and the aftertaste. As I tend to prioritize those, I am really liking it. However, if you are looking for a more direct and casual enjoyment from your shou, this may not be the one to deliver that.

The taste is woody and nutty with notes of char and cocoa butter. There is sweetness already, but it really intensifies in the aftertaste, which is also a bit tart with a light fermentation and mushroom notes to it.