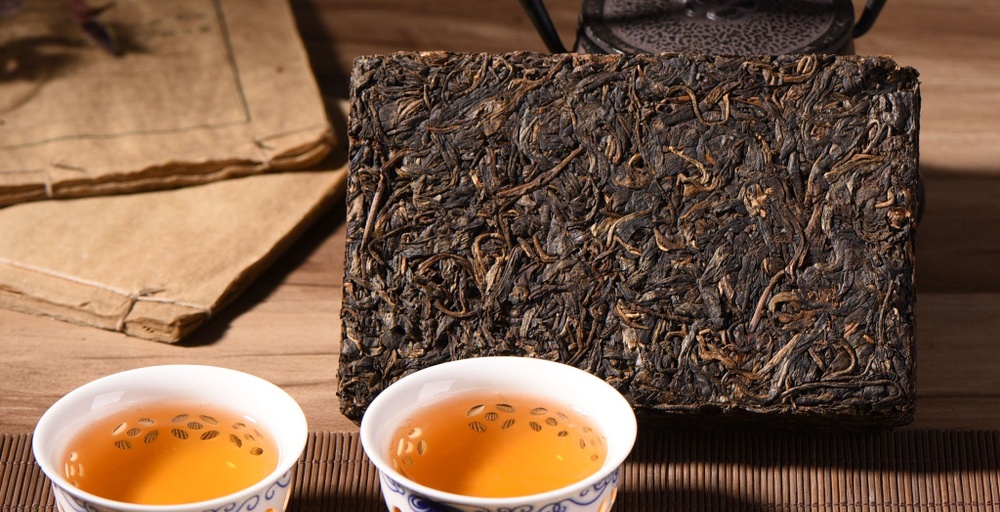 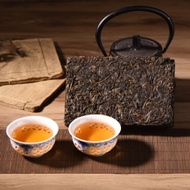 A very strong tea from Bu Lang mountain area. Purchased from a long time tea dealer in Foshan Guangdong who has stored it in their 2nd floor warehouse from 2002 (until January 2021) after a deal gone bad. Originally the tea was produced for a Malaysian tea seller in Penang who was planning to sell them as “Lao Ban Zhang” bricks because of their similar character (to Lao Ban Zhang). The tea was in Foshan for until (January 2021).

Medium level of compression, the tea requires some extra steeping time at first to awaken the leaves, but once it gets going it’s all smoke, leather, and flowers. Very thick in the mouth, with a pungent long lasting taste and mouth-watering effect. Goes many many infusions before losing steam.

An excellent tea, that reminds us why Bu Lang teas are so sought after!